We all could use a laugh in these turbulent times. These movie clips are guaranteed to deliver just that.

Not a chuckle, mind you. Or even a guffaw. We’re talking milk through your nose funny. Minutes later, you feel like Jillian Michaels just put you through a killer ab workout.

It’s why we’ve assembled 16 such moments for your consideration. And laughter.

We’re living through horrible times. Police getting gunned down across the country. The divide between the Left and the Right feels stronger than ever. Race relations feel as tense as they did during the 1960s.

In short, we all need a laugh. These comedy scenes are guaranteed to deliver just that.

RELATED: Here’s How ‘Tosh.0’ Thrives in Our PC Age

Be warned, though. Some of the following clips are R-rated. So, if you’re old enough to watch them, here’s hoping they prove medicinal in our troubled times.

As Borat himself would say, “Please to enjoy!”

The setup: Our hero (Steve Carell) wants to be more attractive to the opposite sex. That means his copious chest hair must go. That’s so much easier said than done. Just don’t blame Kelly Clarkson if you can’t stop laughing.

Potty humor is juvenile. Absurd. Beneath many adults. And yet we laugh at it all the same when it’s done just right. The best poop humor makes us feel like children again. Kudos to Jeff Daniels, who reduces us to our inner third grader in this classic sequence. Sure, it’s dumb, but that’s the whole point.

Insert Trigger Warning here: Here’s a comedy primer on effectively using a racial epithet to grand comic effect. All the while the scene jabs racism with a large middle finger. This is an audacious moment that probably couldn’t be filmed today. Mel Brooks suggested just that recently. Enjoy it all the more.

Sometimes a classic comedy moment demands patience. Take this moment from the Oscar-winning romp featuring John Cleese, Kevin Kline and Jamie Lee Curtis. It’s humorous, no doubt, but it’s all working up to The Big Laugh. And when it arrives, without warning, it’s perfection. Kline won a Best Supporting Actor for his performance at the unhinged Otto. It remains one of the Academy’s finest hours.

Mismatched travelers wind their way home for the holidays. Slowly. This Steve Martin/John Candy romp is the ultimate chemistry experiment. Two very distinct comic styles work in unison, along with a director orchestrating the laughs like a maestro. Yes, John Hughes delivered the best teen movies of the ’80s. He also had impeccable comic instincts. Consider this combination of music cues, surreal special effects and good, ol’ fashioned reaction shots.

The extended scene is question is, well, perfect. Here’s a portion to whet your appetite and make you scramble to stream it again. H.I. McDonough (Nicolas Cage) needs some Huggies. And there’s a convenience store right up the road. That’s really all you need to know from the most quotable comedy in decades.

You’ll never bring a trident to a posh dinner party again. Martin hams it up as the boorish “Ruprecht” in this diabolically silly sequence. Michael Caine is a sublime straight man, but Martin channels his inner “Jerk” to chase off a would-be suitor. It’s the film’s unquestionable highlight.

Tina Fey proved her humor could fly on the big screen with this tart high school satire. Only the following scene finds her broadening her comic canvas (no pun intended whatsoever). “Mean Girls” is a fine social study of the modern teenager. But it’s shrewd enough to know you need a little mayhem to spike the cerebral punch.

This one’s personal. Some people simply can’t get enough of comic impressions. If that’s you, you’ll devour this clip from the British duo of Steve Coogan and Rob Brydon. Warning: If you haven’t seen any of Christopher Nolan’s “Dark Knight” films please move on to the next clip.

Rodney Dangerfield is the star of this campus romp, a far superior effort to a recent quasi-remake. He belongs on the Mt. Rushmore of ’80s comics, and this film gave him a perfect vehicle to amplify his strengths. Only for two-plus minutes he got upstaged by rising star Sam Kinison. Dangerfield let it all happen, proving he could be a generous performer as well as a tie-tugging cutup.

Martin’s shtick made a greasy smooth transition to the big screen thanks to director Carl Reiner. It helped that the material fit Martin like an all-white suit. Here, Martin’s Navin Johnson is under attack, and he’s mentally defenseless.

You don’t have to be in a Yuletide mood to enjoy this wacky moment. We now know Peter Dinklage for his work in “Game of Thrones.” Back in 2003, he was a relative unknown who didn’t take kindly to Will Ferrell’s idiotic persona.

Sometimes it takes decades for a comic to find the perfect movie to match his sense of humor. Think Bill Murray in “Ghostbusters” or Chevy Chase in “Fletch.” Here, Chase is all cool, conniving attitude. It’s not as hilarious as the previous clips, but his pitch perfect tone is priceless.

A young Eddie Murphy could do just about anything … except convince two streetwise cops that he didn’t have any legs. This sequence corrals his ferocious talent, letting us sample the genius he hinted at with his “Saturday Night Live” sketches.

Have no fear … Lt. Frank Drebin is on the case. And if that means he must warble the National Anthem to save the day, so be it. Leslie Nielsen’s late-career transition to comedy remains one of Hollywood’s best comeback stories. Two sequels followed, but they couldn’t measure up to the first installment. Want more Lt. Drebin? Check out the six-episode “Police Squad! The Complete Series

” series which got canceled unfairly by ABC back in 1982. 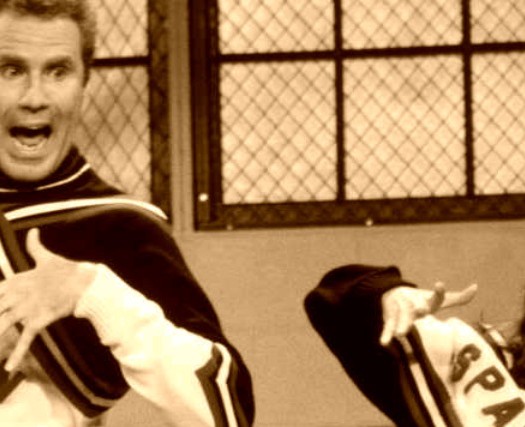 The HiT List: The Live from New York Edition 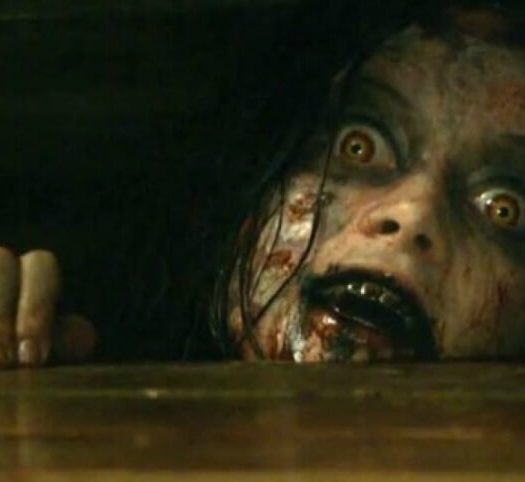