Call Nick Searcy a late bloomer … on his own terms.

The North Carolina native didn’t hit Hollywood fresh out of high school, eager for stardom. He paid his dues through off-Broadway productions before finding steady work on screens big and small.

Since then, he’s brought gravitas and grace to films like “Fried Green Tomatoes,” “Moneyball” and the Oscar-winning fantasty “The Shape of Water.” His TV work proved equally compelling, witness his standout role as Chief Deputy Art Mullen on FX’s “Justified.”

Through it all Searcy hasn’t held back on his conservative views.

HiT reached out to the actor/director to learn more about his career, post “Gosnell” directing gigs and advice for fellow right-leaning stars.

HiT: You’ve been working steadily in Hollywood since “Days of Thunder,” “The Prince of Tides” and “Fried Green Tomatoes.” What do you credit for your steady workload since then (beyond the obvious – acting chops)? Even gifted stars struggle to stay relevant over time…

I have been blessed with an amazing wife who is also a great actress, dancer and writer, a true artist who understood the sacrifices that had to be made for me to have a life in the film business, and it has kept me showing up and focused on what I needed to do to keep working.

I didn’t begin to make a living solely as an actor until I was 32, and think that delayed success has helped me to appreciate it when it finally came, and has prevented me from taking it for granted. I just kept showing up through all the rejection — and there was plenty. I outlasted them!

HiT: You said during the promotional push for “Gosnell” that you dislike movies that tell audiences what to think, that have an obvious agenda. Are you seeing more scripts like that around Hollywood lately … and if so, why do you think that is?

Searcy: I do see a lot of scripts where the “message” of the movie is given more importance than the story, and those scripts are predictable and boring. The heart of movie-making is story, no matter the issue you are attempting to address, and if you don’t make the story work, your message will flop anyway.

I also think that in today’s industry, the financial repercussions of making a bad story have been mitigated by streaming services and cable fees, so that many movies are greenlit based on factors other than good story-telling.

RELATED: Nick Searcy Shares Why He Pulled the Lever for Trump

Connection to an audience is less important than impressing the decision-makers above you in the food chain, because they are the gatekeepers. Aligning with the popular messages or attitudes of the day have caused a lot of sloppy and obvious scripts to be funded and made, and that is why, IMHO, that the product coming out of Hollywood has been less popular — and mistrusted by a large part of the potential audience.

HiT: There’s always talk of beloved shows coming back in one form or another. Would you be intrigued by a rebooted “Justified,” either a one-shot movie or a whole new season?

Searcy: I loved that show and all the actors and writers I worked with on it. Of course I would like to see it come back in some form. However, by the time they get around to it, Art Mullen may be retired and working as a greeter at Wal-Mart, so I don’t know how much I will be involved.

But I would love to see all those people again. It was one of the best professional experiences in my life.

HiT: You’re openly conservative and have put your talents into projects like “Gosnell” that reflect your worldview … what can right of center storytellers do in 2020 and beyond to create similar opportunities?

Searcy: First, I believe we must stop being afraid of the bullies in this town and stop giving them the power to silence us.

We must make our own content and find a way to get it to the audience that wants it. There is an audience out there for films that do not start from the usual boring, cliched premises like “America is evil” or “Christians are hypocrites.” And investors have to be convinced that storytelling is as important as hard news or documentary films.

Politics is downstream of culture, and we are swimming upstream in the culture right now. We need to fund quality material and fund a distribution system. A few hundred millions bucks oughta do it! Somebody call Bloomberg! He might be funding Clint Eastwood’s movies from now on! (That’s a joke, guys.)

Searcy: “Hotel Coppelia” is a Dominican film, primarily Spanish language, about the Dominican civil war in 1965 and America’s slight involvement in it. It’s written and directed by a terrific young filmmaker named Jose Maria Cabral. I had a wonderful time working with and some absolutely incredible Dominican actors and actresses. I can’t wait to see it!

I am also preparing to play Chief of Staff James Baker in “Reagan,” starring Dennis Quaid in the title role, and later this year I am going to direct a feature called “Where I’m Bound,” a drama set in the world of southern gospel music in the 1960s. 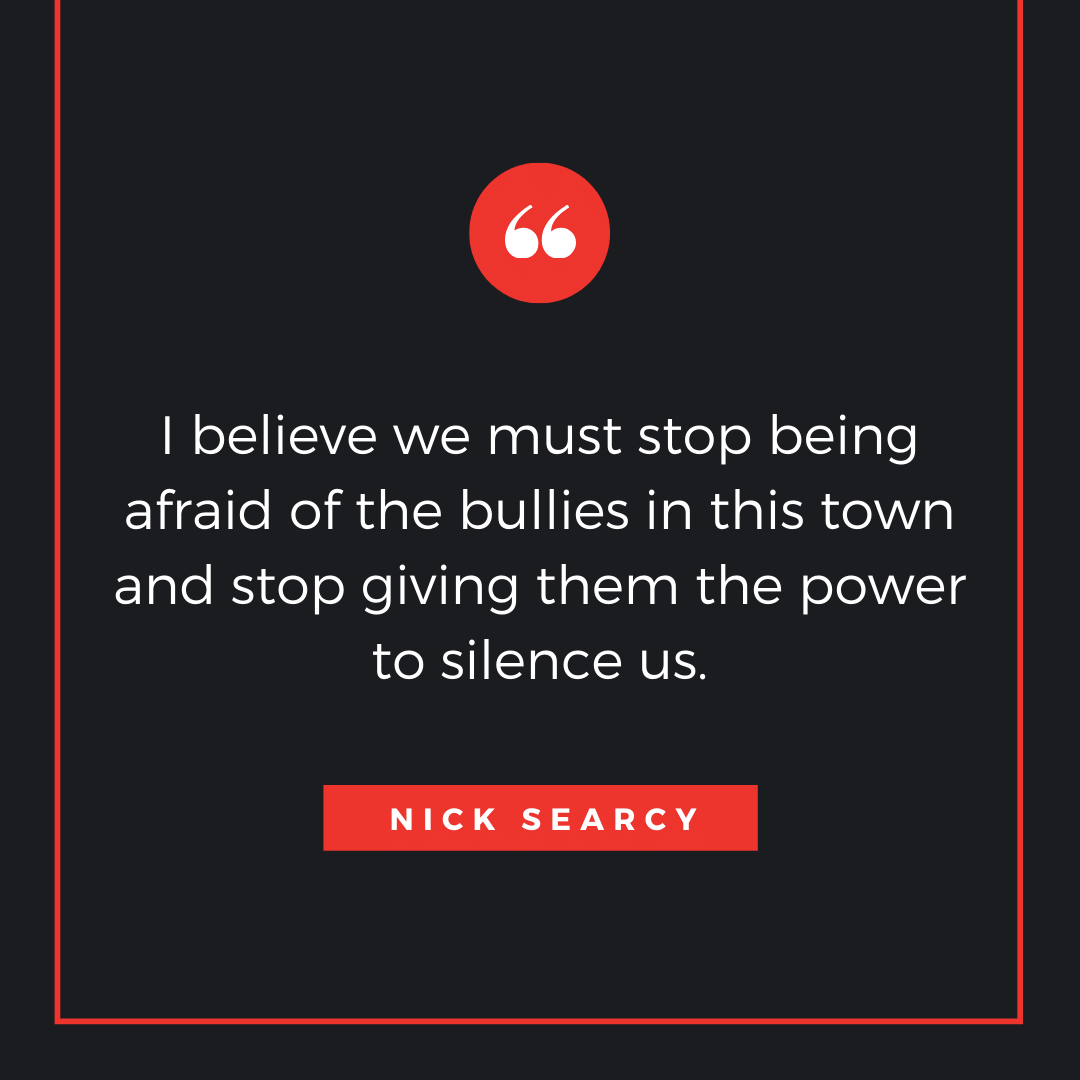 Hopefully right after that, I’m directing a movie called “Revolutionary,” about the Battle of King’s Mountain in the Revolutionary War, which was the first battle that America decisively won, turning the tide in that war and resulting in the country we live in today.

I always like directing myself. Not only does it save time and money, I never have to argue with the director, and I am always satisfied with the actor.

HiT: You’ve worked on a lot of projects that generated widespread acclaim, think “The Shape of Water,” “Justified” and “From the Earth to the Moon.” Is there another project on your resume that wasn’t as successful or high profile, but it’s still close to your artistic heart?

Searcy: “The Dead Girl” was a really great, overlooked film I was in by Karen Moncrieff, and I always hoped that the horror movies I did, “Cold Storage” and “Deadly End,” would find a larger audience.

And the first film I directed in 1996, now called “Carolina Low,” has never been distributed. I do hope that film, in particular, is released someday. It’s almost 30 years old now. Maybe I can get TCM interested!