The “Follow the Dead” director read a short film script by Irish actor Luke Corcoran in which a group of Millennials face a zombie outbreak.

The twist caught his attention.

“It’s looking at Millennials dealing with trauma, essentially showing up at their doorstep, visceral and violent,” Cahill says. A generation that assumes the government will have their backs suddenly finds they’re on their own.

Cue the humor/horror hybrid, best exemplified by films like “Shaun of the Dead.”

“It’s half an indictment, half an eye-opening experience,” Cahill says. “Are we prepared to take on the responsibilities and effort required to deal with something of that scale?”

It didn’t even have to be zombies, he notes. What about a global pandemic? “The zombies,” he says, “are almost secondary to the story.”

Inspired, Cahill went off and retooled Corcoran’s script into a full-length feature – “Follow the Dead,” co-starring Corcoran. The film previously won Best Narrative Feature at the 2020 Kerry International Film Festival and is awaiting its U.S. release.

Cahill previously worked with Corcoran as well as other actors featured in “Follow the Dead.” That comfort level let the cast offer feedback about the story and its various twists.

“Follow the Dead” isn’t a full-on assault of the Millennial generation, and that’s by design. He still makes some bold statements about a generation that seems to have it all, but it’s coming from a personal perspective.

“I’d never write an indictment of the Millennials if I weren’t one myself,” he says of both himself and his youthful cast. 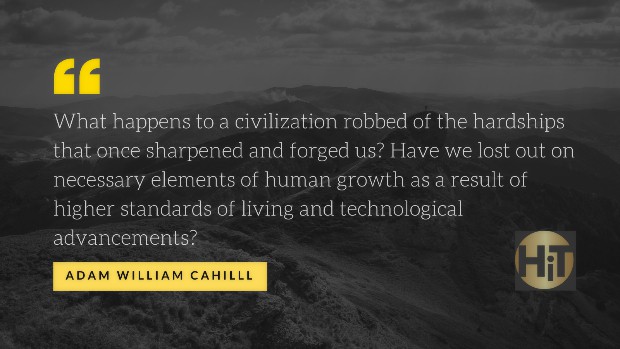 The Ireland-based production leaned on not just the “Shaun of the Dead” template but the whimsy director Edgar Wright brings to all his films, like “Hot Fuzz” and “The World’s End,” Cahill says. He also tried to inject some of M. Night Shyamalan’s “Signs” into the finished product.

“There are a few beats in the film that are almost an homage,” to that film, he says.

The indie “Dead” didn’t lean on CGI to bring the zombie masses to life, just some crafty makeup work and a fair share of honey and red dye.

“I’m very lucky to have had this genre land on my lap,” he says, noting the makeup effects didn’t break the bank. And he found enough actors who couldn’t wait to shuffle across the screen.

“I essentially said to the extras, ‘imagine that there’s a demon inside your body, and it doesn’t have the same control of you that you would,’” he recalls. That left his zombies moving somewhere between the classic “slow” and “fast” undead gait.

From there he went back to the basics.

“Follow the Dead” isn’t available yet stateside, but it could be streamed soon courtesy of Loor TV. The upcoming platform allows subscribers to choose which projects they want to see next, and which ones they’d rather skip for now.

“Loor really gives the power to the audience. I was on board with that idea immediately,” says Cahill, who is optimistic Loor TV subscribers will want to “Follow” his directorial debut.

“We’re gonna have an audience that hopefully really takes to it … we do have plans for sequels,” he says.