A gaggle of conservative-leaning comics, from Steve McGrew to Terrence Williams, will gather this weekend for a new, original comedy show.

“The Deplorables Saturday Night” will air on Facebook Live and Americas Voice News, DISH, Pluto and Roku channels. The show comes on the heels of a successful live tour blending comedy, observational humor, and music … from the Right.

The tour took its name from Hillary Clinton’s infamous dig during the 2016 presidential campaign. She called much of Donald Trump’s fan base a “basket of deplorables.” Even far-left TV host Seth Meyers admonished her for the insult.

Clinton lost, but these “Deplorables” keep on winning.

“The show is a direct response to mainstream late night entertainment which has consistently been mean spirited and scornful of half of Americans who happen to have an alternate point of view,” McGrew said in a statement. “We offer a show that rebalances the political scales of entertainment.”

Show producer Max Gottlieb, whose Broadway credits include “Rock Of Ages,” says the group planned to create a TV show around their recent tour. The current pandemic altered those plans. 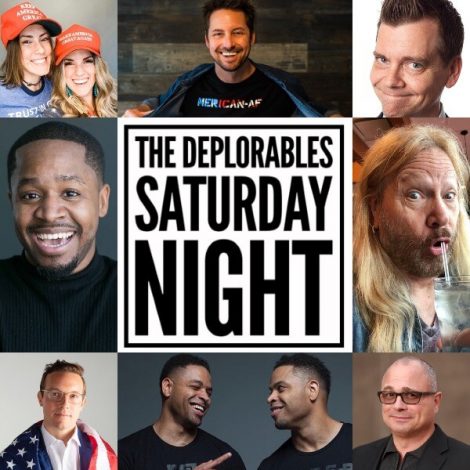