The talented filmmaker falls into the same trap too many peers trip over in the Age of Trump.

While Hollywood was out killing civility it also stuck a shiv into subtle storytelling.

Too many TV shows now directly reference the “Resistance,” immigration and other issues with all the nuance of a Gallagher sight gag.

It’s one reason Rob Reiner’s “Shock and Awe” collapsed at the box office. Even liberal film critics complained it was chock full of lectures, not compelling drama.

Only the scariest thing about “A Face in the Car Lot” is how blunt, and familiar, its anti-Trump message sounds.

The comic turned auteur is no hack. His coal black comedy “World’s Greatest Dad” gave Robin Williams one of his best big screen roles. Goldthwait even turned a generic found footage thriller like “Willow Creek” into a genuine white-knuckle affair.

When his progressive politics enter the frame, though, you better duck.

That’s what sunk “God Bless America,” the director’s 2011 clunker that took obvious shots at Fox News and other right-of-center targets. That sentiment also sinks ” A Face in the Car Lot” despite an invigorating turn by David Koechner.

The versatile comic plays a shady car salesman selected to run for the highest office in the land. His handler (David Foley) thinks his outsider image and brash talk is just what the country craves.

Goldthwait, who wrote and directed the episode, has no interest in that vital question. If he was, “Car Lot” might surprise us. As it stands, the story slogs along despite the 30 minute running time. 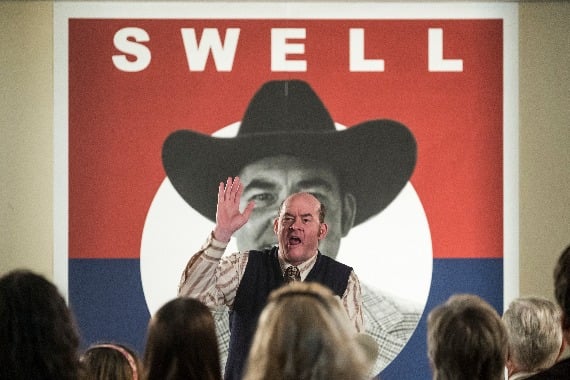 Foley’s fixer spits out dialogue you might hear verbatim on CNN or MSNBC.

“You remind people they’re afraid, and you’re the only person who can save them,” he says. “You tell them you’ll bring back the good ol’ days, whatever the Sam Hill that means.”

Sound familiar? That’s only a start. It’s obvious what the episode’s target is, and the dialogue makes matters worse. It’s like a Stephen Colbert monologue gussied up in fancy clothes.

The car salesman’s campaign is a smash despite a closet full of skeletons that would sink any other candidate. There’s another problem that even a certain reality show candidate might not survive. Koechner’s character is a werewolf.

“No one’s perfect … I ate a toddler once,” he confesses when asked if he had anything to hide before his campaign kicks into high gear.

Meanwhile, a scrappy reporter for a D.C. newspaper (Tara Lynne Barr) whines how her reportage can’t derail the werewolf’s campaign.

“Jiminy Christmas, it doesn’t matter what we write,” says the “fair and balanced” scribe with the George McGovern pin. Hell’s bells, Goldthwait got that detail right.

Not on the nose enough? Enter the reporter’s gal pal who offers up a variation of the following quote twice.

“You can prove things to people, but in the end they’re gonna believe what they want,” she cautions.

You see, people still support Trump despite what the media tells them. You can practically see Goldthwait writhing off set, ignoring yet another volley of fake news in the process.

The ‘hybrid’ element here is equally watered down, with lo-fi special effects that can’t come near such horror-comedy staples like “An American Werewolf in London.”

The episode also ignores the reality of Trump, Year 2. The revolving door cabinet isn’t spinning like it did in the past. The economy is jet propelled. Trump’s approval ratings have stabilized. The upcoming “Blue Wave” is far from a sure thing. And, sadly, Trump’s political opponents are sounding increasingly unhinged (and violent).

A few sharp lines emerge all the same, like when a voter says she wants a president who’s a werewolf “so that other countries won’t push us around.”

The episode served up to the media offers some behind-the-scenes interviews with the minds behind the episode. The not-so-big reveal? Goldthwait admits the episode is his way of saying, “We’re f—ed.” 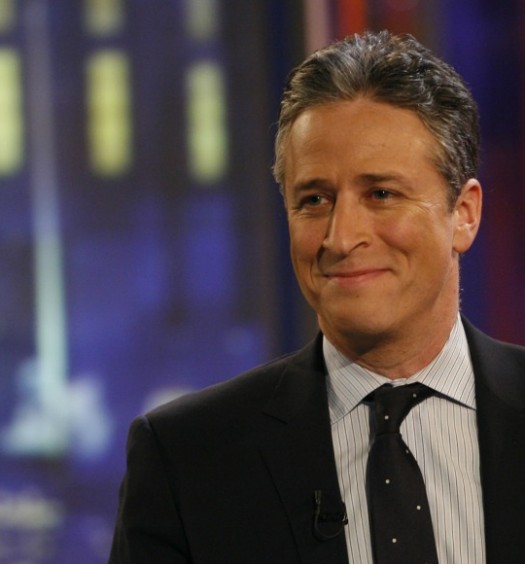 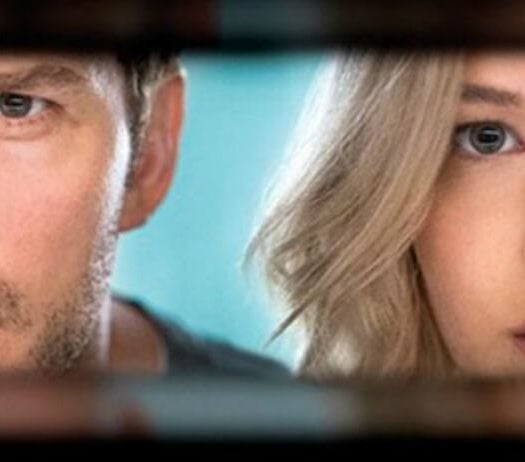