This indie western has its heart in the right place. Now, it needs some excitement and a fair amount of editing.

It’s an earnest western that is clearly in love with the genre and its cinematic lineage. Unfortunately, evoking the tropes of a well-worn genre isn’t the same as reinvigorating and transcending it.

We meet Jake and Travis (Martin and Clint Hummel), two gambling rascals on the run from the Mexican law in the Old West. They meet up with kindly Jim (Christoph Sanders) and venture into the town of Big Kill in hopes of starting fresh.

Once they enter the local tavern, the three quickly realize the town is under the tight grip of a ruthless criminal called The Preacher (Jason Patric) and his gleefully nasty henchman, Johnny Kane (Lou Diamond Phillips). When the Preacher’s control is challenged, the guns come out, the body count rises and the local sign maker must regularly adjust the Big Kill population number.

There’s no sense of scale or grandeur, as “Big Kill” is a TV-ready, low-budget exercise in horse opera clichés. The dialogue and filmmaking remain steadily at a B-movie level. While the recent “Bone Tomahawk” also had a tight budget, it felt like a real western and an authentic reenactment of that era.

Here, the town of Big Kill never feels like a real place but what it actually is: a series of decently decorated sets, inhabited by actors dressed as cowboys. The sets evoke the feel of a western studio tourist attraction, the likes of which featured in Old Tombstone in Tombstone, Arizona or the long-closed Ponderosa Ranch in Lake Tahoe, Nevada.

Deadwood is referenced, though nothing here has the edge of either the “Deadwood” TV series or Walter Hill’s underrated “Wild Bill.”

Patric is too good to be in a movie like this. At least he’s great, adding immense gravitas to the proceedings. Likewise, Phillips is also solid as Kane; Patric and Phillips blow everyone else off the screen, as the three unknown leads can’t hold the frame like their famous co-stars. A bigger problem is that the “good guys” just aren’t that interesting, and the greener actors don’t bring enough to their roles.

Stephanie Beran makes a great entrance as the prostitute/murderer named Felicia Stiletto (!), who, in her first scene, stabs a cowboy to death while nude. Unfortunately, the character becomes a degrading throwaway by the film’s end.

Meanwhile, Danny Trejo and Michael Pare make quick cameos in the film’s pre-title sequence, then vanish. Seeing Trejo is enough to inspire a grin, even as the role is little more than a one-note cliche. Unfortunately, the sense of fun Trejo brings to any movie isn’t present.

You don’t want to mess with the daughter of General Morales! Find out why on October 19! @officialdannytrejo #intheatersoctober19

“Big Kill” drags its spurs from start to finish. At one point, the three protagonists gaze at the Big Kill town sign for minutes before entering. Even Lawrence Kasdan’s three-hour “Wyatt Earp” moved quicker and with more fire in its step.

“Big Kill” is looser than undid britches at a cathouse, or a sloppy lasso on a wild bull. Ah, the cliches.

Speaking of western cliches, there are town square shootouts, tense saloon encounters, a hangin,’ a prostitute who loves hot baths and orders to “leave town” with ominous tones. All that’s missing are tumbleweeds. Yet, the leads all have purdy-lookin’ teeth, the first clue that historical accuracy was lax.

On the one hand, this is the kind of movie where a character pronounces the word “situation” as “sitch-ee-a-tion,” which I appreciate. Yet, “Big Kill” also makes you think of a list of other, better movies you wish you were watching instead of this one.

The score by Kays Al-Atrakchi fully supports the numbing familiarity, piling on the whee-ooh’s, dramatic bell tolls, and hoof clompin’ marching music. Then there’s the big shootouts, which lack the raw energy of the best westerns, as the camera mostly remains still, while the actors unload cap guns.

The Preacher uses fear to control the town, one of the many under-developed ideas in “Big Kill.” Gary Oldman’s villainous character in the neo-western “The Book of Eli” better captured what Martin tries to achieve.

“Big Kill” was made with affection, which counts for something. It’s not bad but lacks the grit and innovation of recent 21st century westerns to stand out. Despite Martin’s obvious zeal for his work and 12 credited producers to back him up, this New Mexico-shot is less a ripsnorter than a time killer.

If there’s a sequel or prequel, I recommend dropping the good guys and just focusing on The Preacher and Johnny Kane. Patric and Phillips give this the kick in the chaps it otherwise lacks. 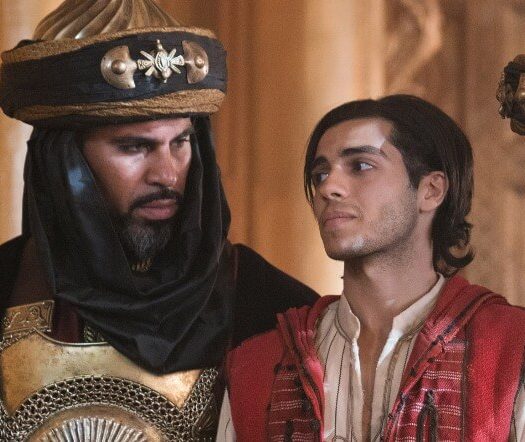 Why ‘Aladdin’ Is a Paint-By-Numbers Good Time

Read More
Why ‘Aladdin’ Is a Paint-By-Numbers Good Time 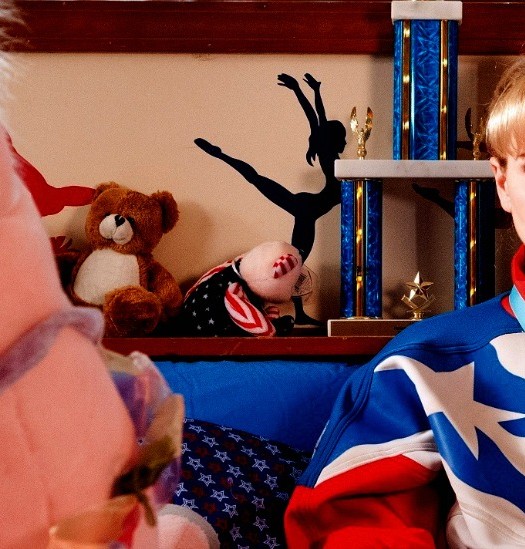 This ‘Bronze’ Goes to Its Star, Not the Story

Read More
This ‘Bronze’ Goes to Its Star, Not the Story