A string of John Wayne pictures, Roy Rogers oaters and spaghetti westerns gave the genre all the good, bad and ugly it needed. That’s why the genre will never make the comeback some crave.

The western signature, however, remains strong. Stories of reluctant heroes, good versus evil and the power of the individual still exist. They just wear a different mask to survive. Think John McClane in “Die Hard.”

Played out or not, a western is still a western. When done right, there’s nothing better. Westerns can be timeless looks at machismo, honor and the violence men are able to unleash. The genre returns to its roots thanks to Quentin Tarantino’s upcoming “The Hateful Eight.”

Tarantino is one of the few filmmakers still able to crack the western code, witness 2012’s “Django Unchained.” While Hollywood tries to spin the genre with flops like “The Lone Ranger,” Tarantino understands what westerns need. A great western today can’t be a calculated retread. Clint Eastwood, Sergio Leone and others made audiences too familiar with their rough edges.

They need a unique voice to push the narrative. This is why when a western scores today, it’s steered by artists like Tarantino or the Coen Brothers (“True Grit”).

“The Hateful Eight” could be one of those great new westerns.

Before seeing “Eight,” consider these westerns which put their own, indelible stamp on the genre. 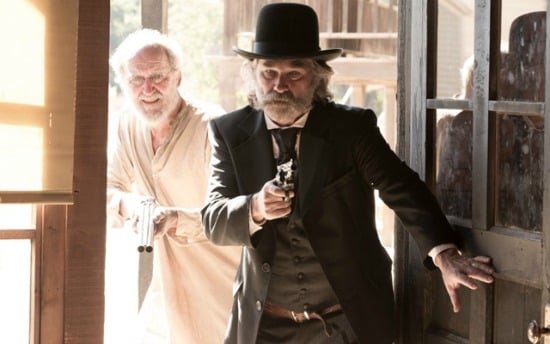 DID YOU KNOW: The Hatfields and the McCoys weren’t always feuding. At times, the two families intermarried and found their loyalties evolving as love and other factors dictated.