We’ve seen that happen before. Just earlier this month, to be precise, courtesy of HBO.

We recently learned actor Jason Clarke (“Terminator Genisys”) will play Sen. Ted Kennedy in “Chappaquiddick.” The upcoming film chronicles how the Senate’s “liberal lion” left a young campaign worker to die in a submerged car. The fallout from the tragedy likely prevented Kennedy from running for the Oval Office.

It hardly dented his image within Democratic circles, though. He was considered a progressive hero up until his death in 2009. Apparently, Democrats watched his televised mea culpa and believed his version of the story.

Kennedy Appeals to the People of Mass.

The facts in the Chappaquiddick accident were as shocking then as they are today. The married Kennedy left a party with Kopechne on the night in question – July 18, 1969. He drove even though he had a chauffeur at his disposal.

He accidentally steered his Oldsmobile off the road and into Poucha Pond. He escaped the sinking car, but Kopechne wasn’t so lucky. He claims to have repeatedly try to save her.

Yet he waited roughly nine hours before reporting what happened. Some diving experts suggested she may have survived for several hours in the vehicle. That means if Kennedy immediately sought help she still could be alive today.

So what version of the truth will we see on screen? And why tell this story now?

Consider “Confirmation,” the new HBO telefeature about the Clarence Thomas confirmation hearings. The film aired during an election year, one featuring a female presidential candidate with a good chance of breaking the ultimate glass ceiling.

The story hinged, in part, on whether women of that era could expect a fair hearing in matters of sexual aggression. And Thomas has been a judicial thorn in the left’s side ever since his confirmation to the highest court in the land.

So did the movie stay true to the facts? Not exactly. The movie’s advertising campaign gave the game away.

“It Only Takes One Voice to Change History,” went the poster, complete with a sympathetic portrait of Kerry Washington as Anita Hill. The professor’s sexual abuse accusations against Thomas were 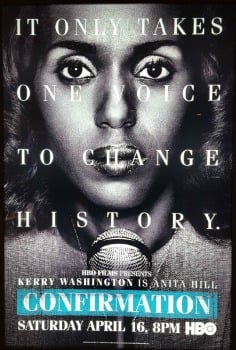 The film made it clear that Hill would have emerged victorious if more witnesses were allowed to testify, and the D.C. culture wasn’t so misogynistic.

Left out? All the facts that damaged Hill’s case and left the public on Thomas’ side.

There’s a very good reason movies like “Confirmation” and the 2015 bust “Truth” get made. Time passes. The truth recedes. These films recast reality in ways that favor the Left.

In the case of “Truth” that meant Dan Rather was innocent in the “RatherGate” imbroglio. Future President George W. Bush did shirk his National Guard duties. Or so Robert Redford, Cate Blanchett and the rest of the cast allege. Even though few people took that position at the time after absorbing the critical facts.

Hill’s story didn’t hold up, or so judged the public after watching the confirmation hearings on TV.

Yet anyone watching “Confirmation” came away with an entirely different reality.

Now, consider the source. HBO’s history of left-leaning content is indisputable. Washington, who also produced the film, is one of Hollywood’s most vocal liberals. Is it any wonder “Confirmation” told the story as it did? Why else would the real Hill help market the movie? 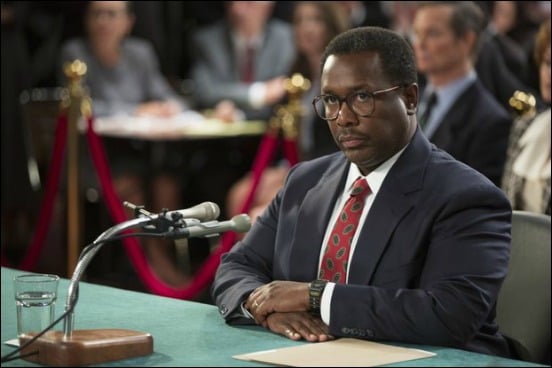 Will “Chappaquiddick” do the same? The key players behind the project lack an overt ideological ax to grind.

While the Thomas hearings were the ultimate “he said, she said” argument, the Kennedy case is different.

It’s hard to explain away that 9-hour period that will forever be pinned to the senator’s soul. And what was his punishment for pleading guilty to leaving the scene of an accident? A two-month suspended sentence and the loss of his driver’s license for a year..

Does that even give Hollywood enough wiggle room to somehow spin the tragedy in Kennedy’s favor?