The freakiest urban legend I’ve ever heard is the one known as “The Hippie Babysitter.”

According to “The Encyclopedia of Urban Legends” (written in 2002 by Jan Harold Brunvand), the story was created in the 1960s as a reaction to fears about the counter-cultural movement. 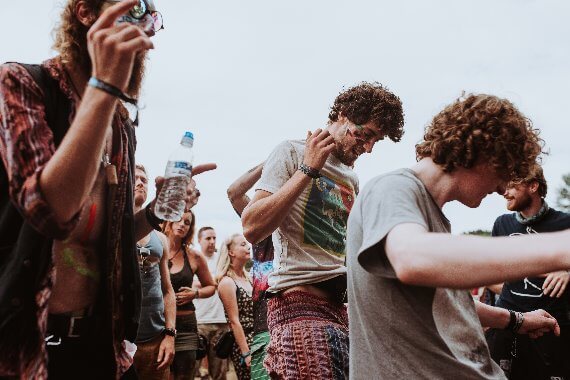 It goes like this: a couple leaves their baby in the care of a friendly, seemingly competent young person who is visibly a hippie (the teller tends to alter the exact age and sex of the sitter). The couple calls home to check on how things are going and the hippie answers, responding that everything is going just fine.

The hippie also brags that he/she just stuffed a turkey and put it in the oven. The couple both declare that they don’t have a turkey, hang up and rush home. The couple discovers that the hippie was on LSD (or really good pot – again, depends on who’s telling the tale) and has stuffed the baby to death.

The more devious storytellers like to add that the hippie has not only cooked the dead infant but, as the parents come home, has already started eating dinner as well. My own personal addition is that the babysitter is stunned to learn the parents are both cannibals and, after sharing some LSD with the babysitter, they all sit down for a friendly meal.

The apparent lesson: don’t hire a dirty hippie to babysit your kids.

While I was a college student, I heard the infamous “Aren’t You Glad You Didn’t Turn on the Light” tale and it cost me many a good night’s sleep. That urban legend is faithfully recreated in Jamie Blanks’ 1998 horror hit, “Urban Legend [Collector’s Edition] [Blu-ray]

,” which I saw while I was a dorm rat/college sophomore. The film turns 20 Sept. 25 and will soon receive a jammed Blu-ray Collector’s Edition from the good folks/horror aficionados at Scream Factory (Nov. 20).

“Urban Legend” takes place at a fictitious college in which there’s an actual class on urban legends, taught by no less than Robert Englund. A cluster of young students discovers that a sinister urban legend is also a part of their school’s dark history.

Someone wearing a snow jacket with a fuzzy hood is stalking around campus and murdering people in the style of various urban legends.

Allow me to mention the cast: you’ve got Jared Leto in the lead, offering the novelty of seeing the eventual Oscar winner and rock star in a slasher movie. He co-stars with Alicia Witt, an engaging actress who seemed on the cusp of big things after this.

There’s also Tara Reid, a survivor whose “Sharknado” stints have made her B-movie royalty (no kidding, it’s a nice comeback), a charismatic Joshua Jackson (sporting a bad blond dye job), a pre-Lex Luthor Michael Rosenbaum and Rebecca Gayheart, in her definitive performance as the classmate who looks like “that girl in the Noxema commercial” (an in-joke to Gayheart’s prior career).

Leto plays a reporter for the college newspaper and frequently mentions his yearning to obtain a “student Pulitzer.” As a former columnist for my university’s Cougar Trax, I greatly admired the intensity of Leto’s character and his investment in student journalism; he makes Bob Woodward and Carl Bernstein look like slackers in comparison.

Natasha Gregson Wagner, the talented daughter of Natalie Wood and Robert Wagner, does Drew Barrymore duty in the well staged opening scene. That said, the prologue was still done far better at the top of the underrated 1983 horror anthology, “Nightmares,” which had a better sense of atmosphere and pacing.

Here, we at least get Brad Dourif, put to good use in a cameo appearance; Dourif, the Oscar nominee best known as the voice of Chucky and the Gemini Killer in “The Exoricist III,” is just one of the many cast appearances that lovingly nod to the genre.

In addition to Dourif and Englund, Danielle Harris (whose work in “Halloween 4” and “Halloween 5” showcased a remarkable child actress) makes a strong impression in an un-glamorous (but not entirely un-sympathetic) role.

The great John Neville (playing a power hungry dean of students) and Loretta Devine (who stole “Waiting to Exhale” outright) are also in supporting roles. Devine is a wonderful actress but her character (who later pops up in the dreadful 2000 “Urban Legends: Final Cut”) comes across as a broad stereotype.

DID YOU KNOW? – Actress Lorette Devine’s big break came with a role in the hit musical “Dreamgirls.”

“Urban Legend,” in comparison, has lots of jump scares but few actual scares. It obviously thinks it’s very clever, piling on the pop culture references (everything from “When A Stranger Calls” to “Stripes” gets brought up) and noted urban legends still in circulation (even today). However, it’s a shallow film, both silly and mean spirited.

Although the first and second act are full of memorable set pieces (with the Englund/Jackson lecture fake-out arguably the best remembered scene), the ending is terrible. The Talking Killer finale is full of bad monologues and some overly mannered “crazy” acting, though the performer playing the scenes can at least be credited as giving a scary “psycho face.”

Another low point is the killing of a dog (a serious mainstream movie no-no), done in a way both gross and sheepishly out of view.

Despite how underwhelming “Urban Legend” is upon revisiting it today, it nevertheless holds its own as an essential genre film in horror history. Why? Because it’s a post-“Scream” work that, unlike “I Know What You Did Last Summer” or “Disturbing Behavior,” pushed teen horror forward and clearly was influenced by Wes Craven’s game-changing ode/assault to what the late, great movie critic Reggie McDaniel used to call “slasher-bashers.”

The film might have hit theaters at the tail-end of the decade and showcased “of the moment” tunes by Rob Zombie and Stabbing Westward, it’s less ’90s than expected. If anything, slasher movie fans will note how much “Urban Legend” feels like it could work on the same triple feature bill as the 1981 “Hell Night” or (my all-time favorite ’80s slasher movie) “April Fool’s Day.”

'Urban Legend' provided a great bridge to films like 'Scream' to 'The Cabin in the Woods,' even as it's not in that caliber.Click To Tweet

“Urban Legend” is more of a violent mystery with a dark sense of humor than what Roger Ebert used to call (not inaccurately) “The Dead Teenager Movie.” Likewise, the characters in this are smarter than expected, even if the dialog (and the hard to swallow final reveal) are on the level of a lesser “Scooby-Doo” episode.

History has proven that post-modernist, hipper-than-anticipated horror films don’t eliminate the lesser works they mock. Not only, for example, was “Scream” followed by the un-ironic, popular but dumb-as-a-bloody-doorbell “I Know What You Did Last Summer,” but a year after the long-delayed, kinda-brilliant “The Cabin in the Woods” came the “Evil Dead” remake that told the tale straight.

And, let it be said, is an excellent work and rare remake of merit.

At one point, Leto says, “I’ll Be Right Back,” without a trace of irony; “Scream” openly teased movies like this. Yet, a gag at the expense of Jackson’s “Dawson’s Creek” is hilarious, a good Christopher Young score makes this more exciting than expected and there’s a scrappy wit to this that counters the genre checklist it clearly marks off every 10 minutes.

“Urban Legend” provided a great bridge to films like “Scream” to “The Cabin in the Woods,” even as it’s not in that caliber, like a nerdy Freshman standing sheepishly outside the prom, jealously watching the cooler kids having fun…which, come to think of it, is the opening of “Valentine.”