You can hear Earle’s socialist leanings in both his interviews and songs. His latest record, “Ghosts of West Virginia,” is a bit different, though. 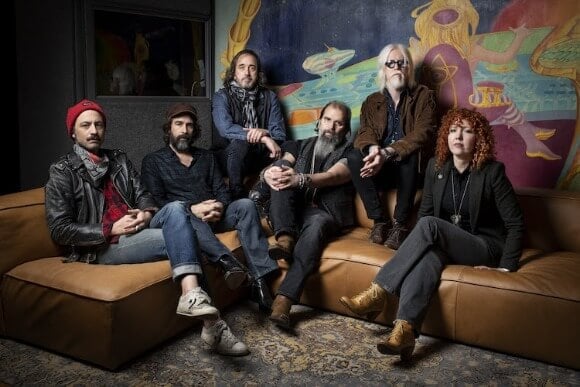 Earle extends a hand to an unlikely demographic on the 10-song release: Trump voters.

That puts him in tiny minority of progressive artists willing to reach across the aisle in the Age of Trump. That extends beyond just individual stars.

In that 2017 interview, Earle showed some compassion for voters he hotly disagrees with on most, if not every issue, imaginable.

too. The left has lost touch with American people, and it’s time to discuss that.”

Earle is talking, and singing, about Trump voters, again, in the push for his newest album set for a May 22 release. He even shared some of those thoughts via the New West Records press push for the album.

RELATED: Stream These Conservative Films on Amazon … Before They’re Gone

The album’s title ties to a deadly coal mine explosion in 2010 that took the lives of 29 workers. The disaster sent Dan Blankenship, the CEO behind the mining company, to jail for a year. Prosecutors said Blankenship, AKA the “king of coal,” ignored serial safety warnings to pursue bigger profits.

The album’s first single, “Devil Put the Coal in the Ground,” recognizes what mining means to the people and culture of West Virginia.

The singer/songwriter would probably sing the Green New Deal’s praises if he could, but the new album isn’t about picking fights. Consider his thoughts shared via the press release announcing the album and upcoming tour dates:

“I thought that, given the way things are now, it was maybe my responsibility to make a record that spoke to and for people who didn’t vote the way that I did,” he says. “One of the dangers that we’re in is if people like me keep thinking that everyone who voted for Trump is a racist or an a**hole, then we’re f***ed, because it’s simply not true.

So this is one move toward something that might take a generation to change. I wanted to do something where that dialogue could begin.

I said I wanted to speak to people that didn’t necessarily vote the way that I did, but that doesn’t mean we don’t have anything in common. We need to learn how to communicate with each other. My involvement in this project is my little contribution to that effort. And the way to do that — and to do it impeccably —is simply to honor those guys who died at Upper Big Branch.”