There’s little action on the diamond, no motivational locker room speech and no slow-motion slide into home. Nor does the film portray baseball as a metaphor for American life.

Buschel’s film is awfully quiet, character-driven and focuses on the troubled mindset of a promising young major league player.

Johnny Simmons stars as Hopper, a talented rookie pitcher. Hopper’s unfocused demeanor on and off the game field causes those around him to question whether he can handle success.

While Hopper has purchased a sprawling house for his mom and is constantly monitored by the media, those closest to home sense something’s wrong.

His devoted but fed up girlfriend is tired of his inability to share a deep, meaningful conversation. Hopper’s shrink (Paul Giamatti) provides him with sympathy and a listening ear but recognizes the darkness churning in his patient. 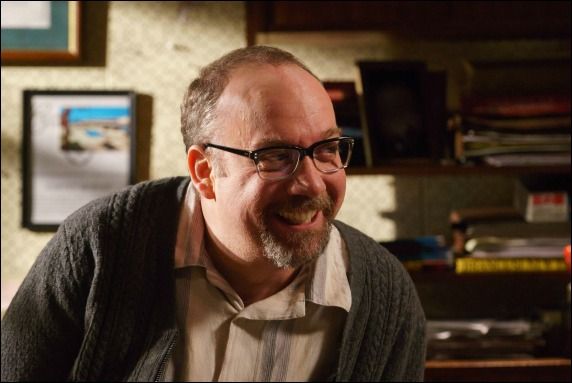 We see immediately that the problem is Hopper’s dad, Hopper Sr. (Ethan Hawke), whose appearances instill dread, in both Hopper and the audience.

Hopper Sr. is a force of nature, a tattooed, crass braggart who verbally and physically abuses his son in the name of “teaching him everything I know.” Once we witness the initial round of “suicides” (the workout, not the act) and intimidation Hopper Sr. unleashes on his son, the unsteady nature of Hopper becomes understandable.

As Hopper Sr.’s presence becomes more frequent as his son’s fame escalates, we wonder if Hopper’s career and frame of mind will survive another encounter with dad.

Hawke has played unsympathetic characters before, but he’s never been so ferocious. Hawke’s embodiment of Hopper Sr., both his uber-masculine exterior and his broken, desperate interior, is disturbing in its precision.

Giamatti gives a lot to his scenes, though Simmons makes Hopper as much of an enigma to us as he is to everyone else in the movie.

Buschel’s inclusion of stylish directorial flourishes are odd. There’s a moment where a police siren enters Hopper’s perspective and eclipses his point of view during a game. This touch, as well as scenes of actors speaking directly into the camera in extreme close-up, is distracting.

His dialogue is sometimes sharp and natural, but you can occasionally hear him trying too hard. More effective is his use of sound, which enhances the atmosphere and evokes Hopper’s small-town existence.

“The Phenom” is a small, hit and miss art movie. It’s refreshing in the way it avoids sports movie cliches. Yet, it also frustrates by being so restrained, it comes across less like calculated minimalism and more an under-developed story. The characters are interesting but thin and remain in one-note from start to finish. Only Hawke’s character and performance go the distance.

This is more a collection of some very good scenes than a well-honed narrative that builds consistently and as capably as it should. There’s a great, surprising sequence involving an encounter in a motel pool late at night.

The scenes with Hopper visiting his shrink are effective, due to Giamatti’s easy going touch with his character. As the patient/shrink sequences stack up, it’s clear the film is intending to build towards a “It’s not your fault” catharsis right out of “Good Will Hunting.”

It’s to the credit of the actors that, when this moment inevitably arrives, it feels less like an intended Oscar clip and more like a genuine revelation.

With its awkward title and familiar story elements, “The Phenom” leaves a slight impression. Yet, while the film is remains doggedly in a minor key, Hawke’s performance is a major league triumph and the biggest reason to see this.