Name a classic, or even not-so-classic, movie. Chances are it’ll be remade sooner than later.

The options are endless, and the list is growing:

The films in question don’t have to be hits or stand the test of time. Name recognition is enough, thank you, in Hollywood’s fear-driven climate. So where does that leave the 1994 college comedy “PCU?”

It wasn’t a smash during its theatrical release, earning a paltry $4.3 million. Critics gave the college comedy a big, fat “meh” witness its 47 percent rating at RottenTomatoes.com. Most importantly, it never joined the ranks of college comedy classics like “Back to School,” “Animal House” and “Old School.”

Is there any film that demands an update more, though? Its absence is darn near criminal in our PC-obsessed age.

It’s a Comedy AND a Crystal Ball

The Hart Bochner comedy captured the dawn of politically correct college campuses. This was long before safe spaces, snowflakes, “hate speech” and other tenets of current campus life.

It still captured how some students preferred protests to partying, or simply getting a college education.
Watching the film with fresh eyes is both fascinating and a downer.

FAST FACT: Roger Ebert panned “PCU,” applauding the germ of a good comedy but lamenting the lack of follow-through: “The movie is afraid to be – yes – Politically Incorrect. It isn’t really critical of anybody’s behavior, and it sketches its campus fringe groups in broad, defanged generalizations.”

Droz is a local legend, but he’s probably the worst person to help Tom make his collegiate choice. He cares more about his social life than school work, and he’s as cynical as anyone could be.

Then again, he might be the perfect guide given the times.

“You gotta get all this ‘50s cornball s*** out of your head. It’s a whole new ballgame on campus these days, and they call it PC,” Droz warns him. “It’s not just politics. It’s everything. It’s what you eat, what you wear and what you say.”

Greek living is out. So are Toga Parties. It’s all about protests, grievances and bruised feelings.

“The majority of students today are so cravenly PC they wouldn’t know a good time if it were sitting on their face,” Droz adds later.

Poor Tom doesn’t know what to think. Droz and his fellow Pit dwellers do. They just want to party like it’s well before 1999.

RELATED: Carolla on PC Scolds: ‘You Retreat, They Encroach’

“I think Bisexual Asian Studies should have its own building, but who goes? The math department or the hockey team?” she asks a colleague during one cocktail confab.

Her idea of a “win?” Using recycle paper for graduation day programs.

Flunk ’em If They Can’t Take a Joke

At its core, “PCU” is another Slobs versus Snobs comedy, with David Spade’s unctuous Republicans as the secondary villains. This subplot fits snugly with modern media attacks. Spade’s character belongs to The Balls and Shaft secret Fraternity, a racist, sexist clan who worships President Ronald Reagan.

It’s ironic that the #MeToo movement caught “PCU’s” Piven in its clutches, even though we’re not sure if he’s innocent or guilty of sexually assaulted women.

Here, he’s actually smitten with a “womynist” played by actress Sarah Trigger. Yes, that’s actually her name … and what the movie dubs its mannish uber-feminists.

The mostly white gaggle of anti-heroes snag funk legend George Clinton to play for their big bash. White Privilege much?

The most genuinely offensive part of “PCU?” The dreadful cover of Elvis Costello’s pristine primal scream, “Pump It Up,” infecting the soundtrack.

Elvis Costello & The Attractions - Pump It Up

“That’s the beauty of college … you can major in Game Boy if you know how to bull****,” Droz explains, not realizing he’d one day be able to enroll in Cannibus Cultivation or Theme Park Engineering.

Other exchanges sound so very 2018.

“You went out with a white male?” one uber-feminist asks her female friend.

“I was a freshman! Fresh-person,” she says, correcting and explaining herself.

The university’s attempt to ditch its offensive mascot for a PC friendly one, an endangered whooping crane, adds another brilliant touch.

Good Intentions Only Take You So Far

In between the sharp satirical jabs “PCU” is achingly ordinary. The story strains to reach the 80-minute mark. The laughs evaporate in the third act, revealing just how tiny the storytelling stakes are.

Then, as now, the film doesn’t leave a mark. Piven’s Droz is the obvious highlight, but he’s no Bluto. He might throw red meat at vegetarians and put speed bumps on handicap ramps, but at his core he’s a softie.

Co-written by Zak Penn (“The Incredible Hulk”), “PCU” is a minor treat, the kind of movie you’d like on a lark. There’s no signature scene you can point to, or even one massive belly laugh you’d tell your friends about later.

“PCU” is currently a very difficult film to find. This critic scoured the streaming landscape for the film, coming up empty. It’ll cost you nearly $40 for the DVD, no Blu-ray, at Amazon.com. A used DVD fueled this report.

Hmmm. That’s a conspiracy for another story.

So how would a “PCU” remake play out, assuming it actually could be made? 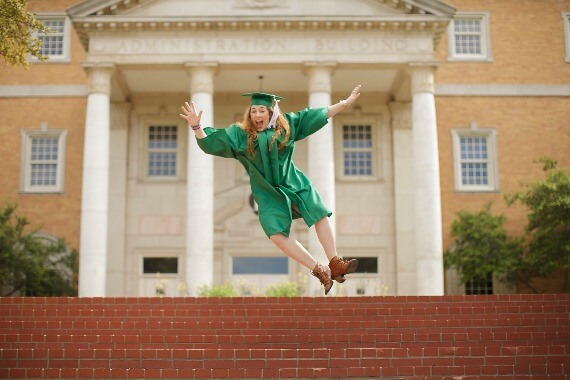 Let’s start with Dean Adam Carolla. Casting the star of the upcoming “No Safe Spaces” movie would show the remake means business.

Beyond that, things get tricky. The modern PC police won’t stop at protests and marches. They want scalps, plus a total rehaul of western culture.

Their demands are often so absurd they’re hard to satirize. What’s a screenwriter to do with material like “long time no see” becoming a micro-aggression?

It’s hard to imagine the remake offering an upbeat resolution like the original. Droz unites the disparate groups with an old fashioned ploy.

“They’re young … they’ve got the same raging hormones … the same self-destructive desires to get boldly trashed and wildly out of control,” he says. “They’re begging us… please have a party! Feed us drinks! Get us laid!”

Crude? No doubt. Subversive, too, given the current climate.

FAST FACT: When the AV Club polled readers for questions to ask Jeremy Piven the answer was clear – something about “PCU.”

Later, he serves up a last-minute plea for everyone to just get along.

“It used to be us against them. Now, it’s us against us,” he tells his fellow students. “We can do something about this. We can finally say, that when some people are having a good time that we’re not gonna protest.”

The crowd soon starts chanting in near unison, “We’re not gonna protest!”

Only in the movies.

That leaves smaller outlets like The Babylon Bee and We The Internet TV to do the satirical heavy lifting.

Long story short? We won’t be seeing a new “PCU” anytime soon. And that’s a shame.