The streaming service offers plenty of excuses to sleep with the lights on.

There’s nothing better than watching a scary movie in a packed theater.

The collective breath holding. The nervous laughter. And, in some cases, the blood-curdling screams if the horror movie is firing on every possible cylinder. 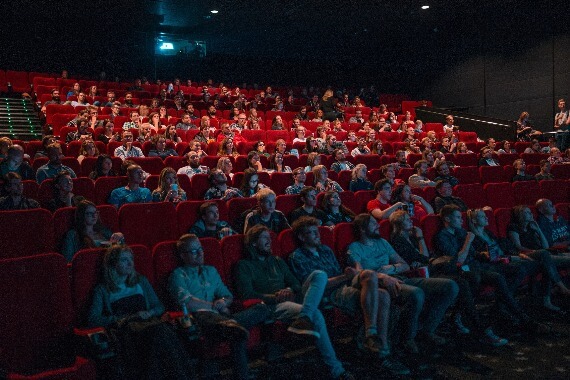 That’s scenario isn’t possible at home, unless your clan resembles “The Brady Bunch” on steroids.

Size matters when it comes to horror movie watching. Then again, a trip to the cineplex will set you back plenty, assuming your popcorn fix can’t be denied. Babysitters aren’t cheap, either. And now Netflix has given us a license to chill (and binge). Good thing the streaming giant offers a robust horror movie lineup to keep you up at night.

A few of the following scary movies you may know by heart (but won’t mind seeing again). Here’s betting most titles will be unfamiliar to all but the serious horror hound.

The following 14 Netflix horror movies will get under your skin. Some mix laughter with the fear factor. Others are just so unsettling they make turning off the lights a dicey proposition. Suspense matters for gore hounds, and these films pack plenty of thrills.

Let’s start with the least, but still worthy, horror movie options on Netflix. Kevin Smith’s oddball shocker isn’t a classic by even the most lenient standards. It still does what you crave in a shock flick. It leaves you feeling queasy.

Justin Long stars as an arrogant podcaster looking to score a good story for his show. He finds that, and more, with a crazy old man (Michael Parks) with a curious fixation. The title is the giveaway.

it’s impossible to watch “Tusk” and not recall “Sssssss.” That 1973 thriller proving similarly shocking despite its lo-fi effects. Smith’s horror comedy arrives with oodles of flaws like its spiritual predecessor. The less said about Johnny Depp’s Canadian copper, the better. Still, “Tusk’s” final images will linger all the same.

FAST FACT: Smith came up with the “Tusk” story from an ad seeking a man to dress up like a walrus for free rent. The ad was later exposed as a hoax.

The trailer had us hooked with a few hands clapping.

James Wan’s shocker launched a horror universe all its own, from a credible sequel to two “Annabelle” inspired stories and this year’s “The Nun.” The original remains the best, a film that throws standard horror tropes into the mix but ensures each is treated with tenderness.

Yes, the horror genre needs be nurtured for maximum scares, and Wan is a master at delivering just that. The film’s respectful treatment of faith is a plus, albeit a large one for Christians accustomed to being mocked on the big screen.

FAST FACT: Director Wan has known about the Warrens, the real-life couple featured in the series, since he was in high school. He kept following them over the years, thinking their work would make a special motion picture.

This Netflix original proves some of the best horror movies offer the easiest gimmicks. Here, it’s a deaf woman trying to stay one step ahead of a home intruder.

Think about it. We’ve seen dozens of similar stories before. Here’s the ingenius twist: what if our hero or heroine couldn’t hear the villain’s footfalls, let alone a creaking door or shattered glass? Death seems inevitable, no?

That ups the ante on the home invasion genre, something director Mike Flanagan milks in scene after scene.

Sometimes the most intriguing horror films flow not from the supernatural but from our own twisted psyches. Take this slow burn shocker from director Karyn Kusama (“Jennifer’s Body”).

The story involves a former couple still tortured by the death of their child. The evening, an expansive dinner party, offers hope of reconciliation. A darker threat is lurking all the same, one leading to infighting and much more.

This is arthouse horror, no doubt, but the drip, drip drip of dread transforms it into a bona fide thriller.

FAST FACT: Kusama said the production’s three-day rehearsal proved essential to making the most of the movie’s tight space demands.

Every few years we get an “It” horror film. The movie grabs tons of pre-release buzz, often from the film festival circuit. Not every “It” film delivers. And, in a way, “It Follows” couldn’t match up to the hype. The movie remains a true genre treat, thanks to a sneaky theme sandwiched between the scares.

Maika Monroe stars as Jay, a young woman who picks up more than a sexually transmitted disease after a fateful date. She’s cursed with a presence that will pursue her at all costs. Only no one else can see the horrific figures stalking her every move.

FAST FACT: Director David Robert Mitchell purposely dialed down the gore. He’s not a horror prude. He just felt that approach wouldn’t mesh with the story in play.

Who needs Freddy Krueger when you have Mother Nature baring her teeth?

This ridiculously overlooked thriller follows a couple camping in some rough terrain. Their interpersonal dynamics are intriguing on the surface. She’s tougher than she looks. He’s, well, no Grizzly Adams, despite his posturing.

That’s before the real trouble starts.

FAST FACT: The film is loosely based on a 2005 bear attack on a couple in northern Ontario, killing the woman and injuring the man.

It’s simply the best monster movie of the past two decades.

It’s a thrilling adventure well before the beasties get their closeup. And those upset over film’s gender imbalances will cheer a story featuring six strong, three-dimensional woman.

It’s still the monsters that make “The Descent” such a visceral experience. Director Neil Marshall masterfully utlizes cramped quarters, flickering lights and our fear of the unknown to make this an instant classic.

Those sightless beasts lurking below? They turn a whitle knuckle ride into a horror movie classic.

Here’s another excellent horror film with a singular flaw: too much hype.

We’re living at a time when saying, “it’s the best [fill in the blank] ever” is required to slice through the cultural noise. So too many folks dubbed this Spanish import the scariest movie ever.

It’s still a fine fright-fest, featuring relatable characters and a gripping final reel. The story follows a teenage girl (Sandra Escacena, excellent) who attempts a seance with disastrous consequences. The teen’s efforts to protect her siblings saving her own skin are both admirable and touching.

FAST FACT: “Veronica” narrative drew from a 1991 case involving a dead teen with an alleged interest in Ouija boards.

Let’s get the obvious out of the way. This isn’t nearly as good as the heart-stopping original.

It’s a fine sequel all the same, building on the original’s framework in ways that mostly make sense. You’ll stumble over some character contrivances and a few explorers who can’t stop making unforced errors.

The chills arrive right on cue, a familiar face makes a welcome return and the finale is sure to leave a sour aftertaste for genre purists. That’s a compliment.

Shauna Macdonald, returning from the first “Descent,” is even better the second time around.

FAST FACT: “Part 2” director Jon Harris served as the editor on “The Descent.”

Blame “Blair Witch Project’ for the found fooage wave. That 1999 film proved micro-budget horror could draw a crowd while making a mint.

Naturally, dozens of copycats followed, including the bold 2015 film “Creep” and now its sequel. Mark Duplass is back as the mysterious man you’re better off avoiding at all costs. We now know all about his odd proclivities. The filmmakers still squeeze something fresh, and deadly, out of the character’s plight.

The found footage angle feels more organic here than in the first movie. The sequence of chills is different too. The original back-loaded the shocks by choice. The sequel takes it from there, setting up a curious tension and then teasing it out over the film’s running time.

Desiree Akhavan stars as a struggling videographer who agrees to shoot one creepy subject for an entire day. What could go wrong?

FAST FACT:  The inspiration for ‘Creep 2’ came from video artist Laurel Nakadate who dressed in alluring outfits and visited the homes of men who approached her in public. [Warning: video link leads to news clip with nudity]

Here’s another “it” horror movie that (mostly) lived up to its advanced billing.

Aussie filmmaker Jennifer Kent stages an increasingly tense tale about a single mother and son staving off a menacing spirit in their home.

Yes, there’s a creepy book in play as well as the kind of parental guilt that adds texture to the proceedings.

The film’s waning moments are a letdown. Up until then, “The Babadook” delivers first rate thrills and the creepiest horror voice in ages.

FAST FACT: Director Jennifer Kent says she fought to preserve the film’s ending, even if it meant losing funding for the project.

Let’s start with two gargantuan caveats. This movie isn’t for everyone. The second warning sign? The subsequent sequels are among the most atrocious horror movies you can imagine.

Not so bad they’re good, mind you. They’re terrible with few disclaimers required.

Yet Dieter Laser’s mesmerizing work as a doctor intent on connecting several people together mouth to anus is a one of a kind experience. How often can you say that?

The shock value fades on repeat viewings. What remains? How conventional the film appears despite the insane premise.

FAST FACT: Director Tom Six loves the intense reaction to his films. “People either like my work, or they absolutely hate it. There’s nothing in between. And I’m very proud of that.”

Horror. Comedy. Satire. Blend them together and you have a faux reality show with a pretty nasty third act.

The crew of a home remodeling show gets more than it bargained for on its latest video shoot. Welcome to Moldova, a hamlet known for its depressing vistas and creepy locals. The video team assembles for, well, it isn’t quire sure what. We know what we’re watching, though. It’s a wink-wink array of types and tropes, all with a palpable sense of humor.

The third act? It’s flat out bonkers. Be prepared.

Can you stand another zombie movie? You  might if it’s more of a character study than another wave of walkers/undead barging the screen.

Some of the best undead films have a serious message to share. The unofficial granddaddy of the genre, 1968’s “Night of the Living Dead,” spoke quietly about the horrors of racism. That didn’t deflate the scares, though.

Here, beyond a bizarre jab at fracking, Martin Freeman strikes a blow for parenthood. He plays a suddenly single father left to care for his very young child … during a zombie apocalypse. Suddenly your child’s school pick up routine doesn’t sound so frightening. 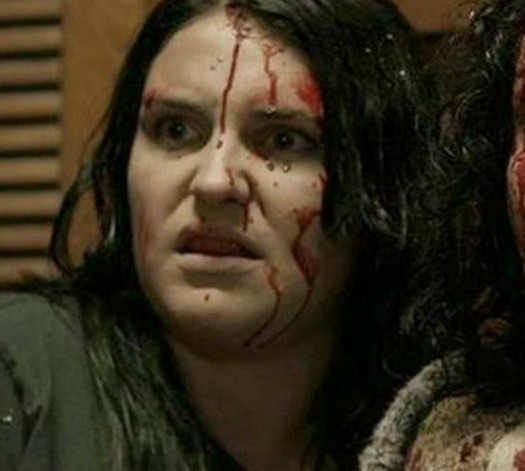 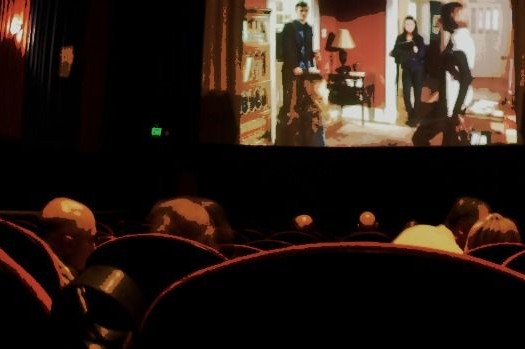 Why ‘Vulgar’ Is More That Mere Grindhouse Scraps

Read More
Why ‘Vulgar’ Is More That Mere Grindhouse Scraps