The genre lets her explore tricky themes in ways other categories can’t match.

“You can really go to the depths of an issue and deal with it … when you start working in a mythical way,” says Kent, whose new film “The Babadook” is drawing near-unanimous praise.

“The Babadook” is scary, all right, but it also examines how loss and grief impact a family. Essie Davis stars as a mom trying to parent her young, precocious child (Noah Wiseman) years after her husband’s death. When the lad stumbles across a creepy children’s book called “Mister Babadook,” their already jumbled life takes a frightening turn.

The Babadook - Official Trailer I HD I IFC Midnight

The Australian director says her previous short film, “Monster,” helped pave the way for “The Babadook.” Having “Monster” helped others understand where she might be headed with her feature-length debut. What was missing, though, was Mister Babadook itself – the book that brings the nightmares into the poor family’s life.

“I saw the book in my head … it had a specific style, but it was hard to find an illustrator who matched that style,” she says. For starters, she was adamant the drawings be done by hand, not computer. She eventually found Alex Juhasz, an American artist whose vision most closely matched her own. 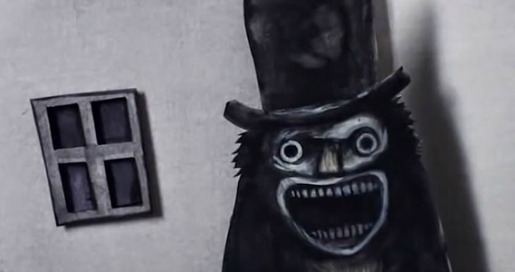 The horror genre isn’t known for female auteurs, but Kent says the broader question should address female directors in general, not just those creating genre fare.

“It’s very important that it not become all about horror but about righting the balance,” she says. That need translates to the characters on the big screen, too. While it’s healthy to crave more complex female parts in film, the need is even more pressing in horror movies where one-dimensional characters are often the norm, she says.

“The Babadook” is Kent’s first full-length project, and she did all she could to protect her debut. Even if it meant battling with forces trying to tinker with her story. She says she faced losing funding for the film if she didn’t change its ending, for example.

“We had major discussions with Screen Australia about creative elements,: she says, adding such conversations are “normal.”

Kent’s days doing grunt work on Lars von Trier’s “Dogville” taught her the value of being stubborn and how vital it is to stay true to one’s artistic goals.

“It’s really important as a filmmaker to work from your own vision and protect it at your own costs,” she says. “I’m very happy I did.”

DID YOU KNOW: You can buy a copy of “Mister Babadook,” the pop-up book behind the new horror film, via the movie’s web site.