You’d think business would be booming at Team Marvel.

The comic book giant is the recognized leader in the superhero film world. Both critics and fans cheer on every new Marvel Studios outing. They even made the micro wonders of 2015’s “Ant Man” and a new, cracker jack franchise. 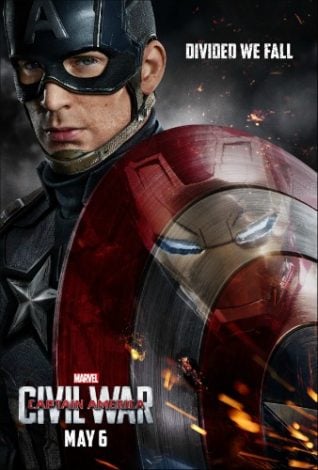 What better promotion for your titles than having two-hour commercials hitting theaters several times a year? That’s not to mention the hearty realm of home video. MCU movies like “Doctor Strange” and  “Captain America: Civil War” is available for streaming on Netflix.

That’s synergy with a capital “S.” (sorry, Superman). And yet comic book sales are down at Marvel HQ

That isn’t the whole story.

The Marvel universe has embraced diversity with a passion. And it doesn’t mean a glut of new characters who better represent the culture’s ethnic and gender diversity. The comic book company radically transformed its biggest stars.

Iron Man is now a black teenage girl. Thor is a woman. Captain America is black. Ms. Marvel is a Muslim teenage girl.

And then there’s the company’s partisan storytelling, Marvel tweaked the classic villain Modok to look and sound like Donald Trump. One “Captain America” story cast anti-immigration foes as the villains.

Could all of the above be impacting sales? It’s what Marvel’s VP of Sales David Gabriel confessed during an interview with ICv2.com.

Either way, the company’s perceived biases may be intensifying. One veteran Marvel contributor vowed not to make new comic event appearances in states that voted for Donald Trump in the 2016 election. That echoed a similar promise by Mexican Marvel artist Humberto Ramos.

This week’s Marvel news is even more bizarre, Marvel just yanked a new comic book from the shelves thanks to the hidden messages left by its illustrator. Muslim Marvel artist Ardian Syaf slipped Koranic messages into the panels of a recent “X-Men Gold No. 1” title.

They were perceived as intolerant by some fans, who complained to Marvel about what they called “anti-Christian and anti-Jewish messages”.

The Marvel suits likely had no idea most of the messages were there in the first place. Syaf inserted a few in a cunning fashion. Readers probably missed them, too.

Other statements were more obvious.

In the book, Jewish X-Men character Kitty Pryde is seen talking to a crowd, with the “Jew” portion of the word “Jewellery” over her head, and the numbers 212 and 51 in the background.

The number 212 is often used as a reference to the Muslim protest against the Christian governor of Jakarta on 2 December 2016, which the artist admitted on his Facebook page to draw inspiration from.

Other comic-related events are getting political, too. Consider the placard for the upcoming East Coast Comicon. The two-day event, to be held in Secaucus, N.J., features an advertisement that reads like a Bernie Sanders rally poster.

And this is meant as a mainstream comic book extravaganza featuring Perez, Marvel scribe Marv Wolfman and other elite comic book talents.

BleedingCool.com shared a February chat with “X-Men” scribe Mark Guggenheim who said the company was looking to avoid the heavy partisanship that infected recent titles. Why? Audiences had had enough.

There has also been reaction from some fan communities and retailers to these kind of stories as having no place in superhero comics, despite all the many examples that have preceded it. Maybe it’s a little more obvious now? Maybe everyone is interpreting everything politically? Maybe fans wish for a time when they didn’t realise their superhero comics had political elements?

Either way, Marvel Comics has been a focal point for this kind of discussion. And last week’s Marvel creative summit I am told by well connected sources who have proved themselves in that past there was more of a focus on what DC Comics internally called “meat and potatoes” comics that preceded their doubling down on the popular characters and bringing back old favourite takes with DC Rebirth.

One reason the Marvel Cinematic Universe (MCU) crushes the competition is its lack of overt partisanship. That doesn’t mean the films are dull or without thoughtful subplots. Even “Captain America: Civil War” avoided partisan sniping while dealing with fictionalized tangents on real debates. The first “Iron Man” film from 2008 involved with the proliferation of military weapons across the globe.

Once again, it focused on the issues, not ideological talking points.

It isn’t easy to thread those cultural needles. It can be done, though, and the results speak for themselves. The Marvel movies cost plenty, and they demand a sizable return on investment.

They almost always get it.

Marvel Comics aren’t nearly as expensive to produce, of course. The brand itself has a significant value, though, and each partisan body blow leaves a mark.