Kerry Washington is one of the most politically active stars in Hollywood today.

And that’s saying something.

The “Scandal” star routinely speaks out on political matters, campaigns on behalf of Democratic candidates and stars in projects with overt progressive agendas.

Her starring role in “Confirmation” as Anita Hill leaps to mind. 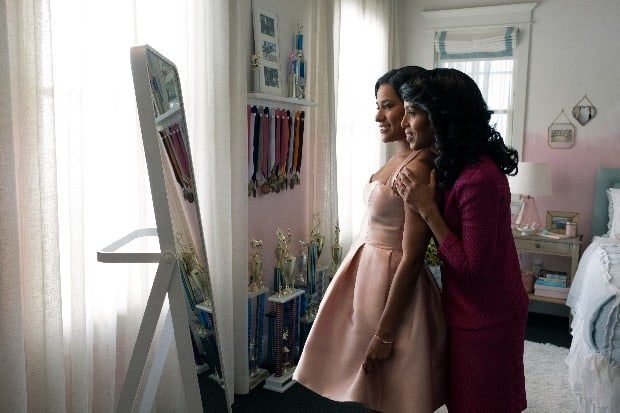 Washington plays a PTA parent against the girl’s admittance. The production began just before the pandemic broke but recently re-started.

The star opened up to The Hollywood Reporter about being a liberal black actress playing a conservative in a Netflix film. She says she isn’t making the character a villain in any obvious sense, but she also broke down her views on why some black Americans vote GOP.

It was sideways from our assumptions about who is Midwestern, who is the heartland of this country and, yes, who is conservative. And yet also, look at the decisions that came down this week on Breonna Taylor, and you have this Black man [Kentucky Attorney General Daniel Cameron] delivering this news about how there is no value to a Black woman’s life. I know from being on the campaign trail in ’08, and ’12, and now, how many Black folks are seduced into voting conservative, because of their feelings about gay marriage. They’ll vote against their own best interests on all these other areas, because of these ideas. I also thought it was so exciting to, on the one hand, ask audiences to expand their idea of who they think conservatives are, but on the other hand also hold up a mirror to folks of color in this country to say, “How are you treating your own children? Do you have the courage to truly love your children unconditionally?” Because it’s a huge issue in communities of color.

Black conservatives face considerable stigmas from the Left. The recent documentary “Uncle Tom” highlighted the abuse they suffer while letting black conservatives share why they vote for smaller government and greater individual freedom.