Stand-up comic Jim Jefferies joined the growing ranks of late night talkers Tuesday. “The Jim Jefferies Show” promises to add a unique spin to the country’s political conversation. After all, the host hails from Australia. That automatically means he’s situated to mock the U.S. political scene from a new perspective.

And guess what he saw during the first episode? Exactly the same angles every other liberal late night talker employs.

Jefferies opened the first show with the exhausted gag about immigrants taking Americans’ jobs. That might have been pithy the first 10 times a foreign-born comic mentioned it.

RELATED: The No-Brainer Talk Show Hollywood Needs More Than Ever

Keep in mind this was opening night. We’ll assume the cast and crew worked hard to make the first episode crackle. The Aussie segued with cat-like speed to bashing President Donald Trump in connection to the terror attacks in London and elsewhere.

“There is a reason to be alarmed … Trump’s the leader of the free world!” he cried. The now patented laughter/applause transition sounded familiar, too.

Jefferies then critiqued Trump’s withdrawal from the Paris accord on climate change as well as other recent POTUS decisions. It all flowed from the same far-left perspective we’ve seen for months across the late night landscape. Naturally the comic attack lacked critical context. It’s almost like he studied 10 years’ worth of Jon Stewart footage before the cameras rolled.

The new host’s assessment of Trump?

“In general he’s been a bit of a dick,” he concluded. It’s funny because it’s cruel.

Then he implied the Commander in Chief is a racist. It’s like a whole new world of comedy opening up before our eyes.

The first show’s entire opening monologue featured Trump bashing. He even wrapped the first segment with some Putin/Trump jokes. Because that’s even more piping fresh.

That bit made Pitt, who was a hoot in “Burn After Reading,” hopelessly unfunny. So there’s that.

All of this comes on the heels of Jefferies vowing not to bash Trump like every other late night show to various media outlets in the press push for the show.

One night in, he’s broken his own promise. 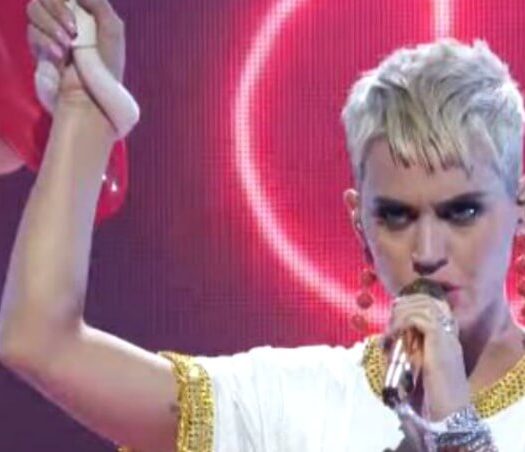