The “Saturday Night Live” legend and host of the “Dennis Miller Option” podcast saw enough of the pre-release buzz, thank you.

The trailers. The posters of the leads holding hands and bumping fists. Director Elizabeth Banks declaring the film HAD to succeed or Hollywood would turn its back on female action films.

And, compared to the ’70s “Angels,” the lack of poster-worthy pulchritude. 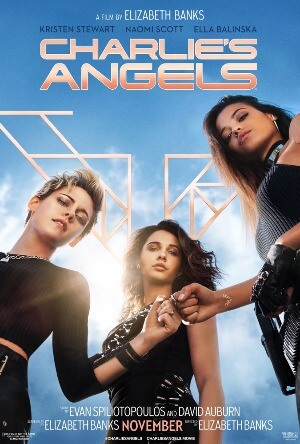 That, and Miller’s keen showbiz instincts, told him the film would under-perform at the box office.

Boy, was he right.

“Charlie’s Angels” made a puny $8.6 million during its opening weekend, faring just as poorly overseas. Miller and co-host Christian Bladt broke the film’s failure down on the latest “Option” episode.

The 1970s TV show of the same name thrived, in large part, due to the comely leads, Miller says.

“That’s why people watched it,” Miller said. “Is it now not about that, but it’s about kicking guys’ asses who think you’re attractive?”

Co-host Bladt couldn’t disagree. So Miller weighed in on why a once beloved franchise could do so poorly with today’s movie goers.

“I don’t think people traditionally wanna be scolded,” he said. The film’s very first line of dialogue, delivered by a sexually ambiguous Kristen Stewart, is a lecture of sorts.

“I think women can do anything,” Stewart’s character says in the film’s opening sequence.

Miller took the woke trend to a comical degree.

“‘Charlie’s Angels’ made nothing. And you know, Ms. Banks has an eye. That’s a thing. Not since Jane Campion in ‘The Piano’ has somebody had an eye lie like Elizabeth Banks,” he said. “Now, is she gonna be saddled with this gross? If she is, how quickly before she plays the, how many men are allowed to have a bad film and continue to get work’ [card], and she’ll memorize a list of five.”

He called the book “brilliantly astute” and a balm for our current cultural moment.