Imagine reporting on Roseanne Barr’s firing from ABC as, “Comic Loses Gig for Wayward Tweet” … and not mentioning what she wrote.

Barr’s ugly, racially charged Tweet against Valerie Jarrett, a black Obama advisor, had to be included for the story to make sense.

For the record, Barr targeted Jarrett with this line: “Muslim brotherhood & planet of the apes had a baby=vj.” Barr later said she didn’t realize Jarrett was black.

Yet that’s precisely what a gaggle of media outlets did when far-left “Star Wars” scribe Chuck Wendig lost his job last week.

The best-selling author’s incendiary Tweets apparently led to his dismissal, according to his lengthy Twitter explanation. So what did the Tweets say? What would cause the company to fire an employee?

You could concoct a more milquetoast headline, but it might take a while.

The story itself danced around the facts, too, quoting Wendig’s description of his “”negativity and vulgarity” to explain what happened.

You have to wait until the fifth paragraph to find out what Wendig said. The story still frames the author of such books as “Star Wars: Aftermath” as the victim of a partisan attacks.

Wendig has been outspoken about his liberal political views on Twitter. On Oct. 7, he drew the attention of well-known conservative personalities, such as Ben Shapiro and filmmaker Dinesh D’Souza, with a series of tweets surrounding the confirmation of Supreme Court Justice Brett Kavanaugh, who had been accused of sexual assault. In one tweet, which he later deleted because he said it had become a “funnel for harassment,” he wrote, “Winter is coming, you callous f***necks, you prolapsed a**holes, you grotesque monsters, you racists and rapists and wretched abusers, you vengeful petty horrors.”

That wasn’t Wendig’s only vile Tweet. At least THR quoted one of his nastier missives.

That’s more than other outlets could muster. Gizmodo’s pathetic take on the story left out Wendig’s vile comments but doubled down on his victim status.

Wendig’s exit from Shadow of Vader marks merely the latest successful weaponization of a supposed appeal to “civility” by online trolls. Notable past toxic cultural campaign Gamergate, and its copycat Comicsgate, cited the need for “civil” discourse while at the same time leveraging targeted campaigns of harassment (including doxxing, death threats, and more) against people who championed progressive values or criticized President Trump on social media.

The liberal Hollywood site TheWrap.com played the Victim Card on Wendig’s behalf, too, completely leaving out his rancid Tweets. Deadline.com, another Hollywood site with a large stable of writers and, presumably, the resources to dig deeper into these stories, also left out Wendig’s hate entirely.

CBR.com played directly into the, “they made me do it” camp, ignoring his critical words.

RELATED: 7 Actors Who Crush It on Social Media

Vulture.com did mention the one Wendig tweet (five long paragraphs into the piece, mind you). The site still connected the canning to a Trump loyalist at Disney orchestrating the move.

Proof? Are you kidding? This is journalism, 2018 style.

Is it so hard to actually peek at Wendig’s recent Tweets for context? That’s what BoundingIntoComics.com did. They came up with this nugget with precious little elbow grease.

There will be renewed calls for civility. Ignore them. They ask for civility as a way for you to grant them complicity in what they do.

Would you like your employee to be inciting violence?

Chuck Wendig, Lucasfilm writer in their EU, goes off the rails. #soylo pic.twitter.com/9hCliKkxf3

There’s only one reason to avoid quoting Wendig’s Twitter account – to defend him against his own words. Why? He’s a Leftist, and therefore requires a certain amount of protection by like-minded reporters. It’s also essential for media outlets to craft a narrative against conservative figures as opposed to putting the blame where it belongs.

Also left out of the media narrative? Wendig apparently had little problem with Barr losing her job, her signature show and millions of dollars for a single, ugly Tweet.

Q: “But didn’t you want Roseanne fired from her job and isn’t it the same as what happened to you?”

A: Roseanne said racist stuff and boosted wackadoo conspiracies, which is different. But also, you’re free to call for me to be fired, and Marvel is free to fire me. (contd)

There’s little doubt Wendig has received plenty of nasty messages on social media. He has a measure of fame and works in genre storytelling. That combination all but invites hate, sadly, in our digital age.

He doesn’t deserve that.

That doesn’t excuse him for sharing the vile messages he did that led to his dismissal. The vast majority of famous people suffer similar online blowback. And, in some cases, much, much worse.

Conservatives Dana Loesch and Ben Shapiro, both ex-Breitbart employees, are inundated with Twitter messages so foul they make Wendig’s rants sound like Shakespearean sonnets by comparison.

Do Loesch and Shapriro fire back with both barrels, scorching social media with their fury?

Better still, she reads some of the messages on her radio show in a sponsored segment.

There’s a simple maxim on social media: Don’t feed the trolls. Here’s another: Never stoop to their level. Wendig did just that. Media outlets should be ashamed for hiding that fact. 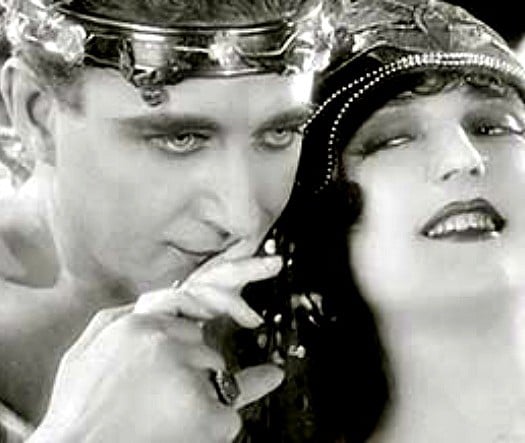 Read More
Why Silent Film Is Equal to Sound Movies 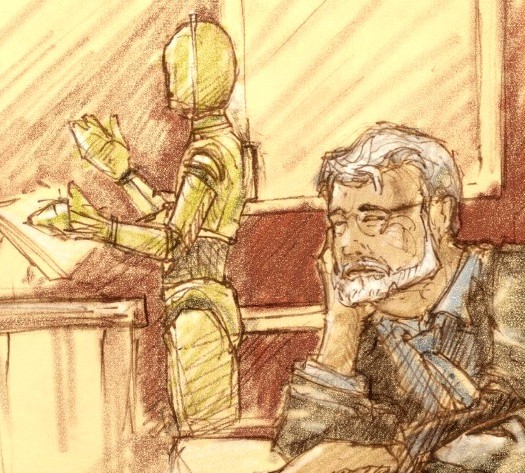