Send the wrong message, though, and you’ll be forced to do the Modern Apology Tour. Just ask
Mischa Barton. The “O.C.” alum recently posted an Instagram tribute to Alton Sterling. He’s the black man 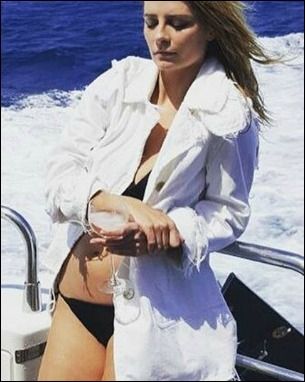 whose death at the hands of police sparked a national outcry. Only she did so by including a picture of herself in a bikini.

Social media denizens let her have it.

That said, some stars simply have a knack for extending their online brand. Yes, they may have a team of assistants who helped craft each message. They may not even be typing the words heading our way.

They still instinctively “get” what it means to be social in our media age. And don’t be fooled. Actors know exactly the kind of messages sent in their name. The cyber buck stops with them. And some deserve a standing ovation for what they share.

HollywoodInToto.com reached out to some social media gurus to learn the actors who truly crush it on social media.

His Facebook presence has a combination of very personal messages, selfies with the fans, live videos and real life. He keeps a balance between his personal messages and his work. It makes him human, and it brings him closer to his audience.

Corina Manea is a Madrid-based social media strategist and founder of NutsPr. She also is the client service manager of Spin Sucks. Follow her on twitter @corinamanea

I think she uses social media remarkably well. Whether or not her positions are popular, she has strong opinions and isn’t hesitant to voice them. Her Twitter feed seems to be just like her, or the Sarah Silverman we think we know: biting, no holds barred, and sometimes scathingly funny. And her Twitter bio is killer: “We’re all just molecules, Cutie.”

Shonali Burke is an award-winning Social PR strategist, teacher and trainer. She is the CEO of Shonali Burke Consulting, Inc. Follow her on Twitter @shonali

My pick for best actress on Instagram has got to be Emilia Clarke of “Game of Thrones” fame. Why is she the best? Authenticity. We get fantastic, behind-the-scenes videos on the “GoT” set or hilarious images from her “Me Before You” press tour. And the numbers speak to her fandom – with more than 4.6 million Instagram followers, Emilia is the Queen of Instagram (and Meereen, too).

The truth behind my warriors…#Tbt the time when the boys were missing the rest of the boys. Girls had a camera. 😉 #worthit #yesthatcacklesisALLLkhalessi #notaseasyasitlookstoswordtwiddleafterall #thepartthatyoudidntseewasnathalieandishowingthemhowitsreallydone 💪🏻 @michielhuisman our very own hunk of the month is never far from our thoughts 😘

I love how he does a little bit of everything on social media. He promotes his latest projects. He takes videos of funny moments from work. He posts screenshots of his alarm going off at 3 in the morning to show that being a celebrity isn’t easy. It’s hard work.

He shares artwork that his fans sends him. He takes photos with fans. And really, that’s what everyone should be doing with social media – sharing all of the different aspects that allow you to promote your business, appreciate your fans and help your followers get to know the person or people behind your brand.

I’m one of those who digs following my favorite celebs on social media. Sometimes I ultimately unfollow them because they hardly ever post, or their posts are 100 percent promotion and 0 percent engagement.

Robert Downey, Jr. is one of my favorite famous personas on social media. Why? Because, after watching decades of his films, I feel like the person we see through his posts matches up with the person we’ve gotten to know over the years.

His social media approach presents an excellent and engaging mix of promotion, wit, and pop culture, and his team has mastered the use of memes. He also adopted the use of Facebook Live early on and provides real-time moments to his followers on a regular basis.

While I am grounded in the reality that he’s not the one hitting “publish” every time, I am inspired by his prioritization of social media as he ensures his team is in touch with who he is as they bring his posts to life for his fans.

The actor is great on Twitter where he talks about everything from his films and his charity work to the cool things other actors and friends are doing. On Instagram, he promotes some of the work he’s doing, such as the inaugural issue of GQ Style and an appearance on Jimmy Fallon. I loved what he and his co-stars did on YouTube to promote “Civil War.”

But my favorite is his Facebook page. This is where he teases his friends, he portrays Tony Stark on some updates, and he is self-deprecating in a way that is charming and endearing. I don’t know if it’s really him posting, but it definitely sounds like him, and his social media networks represent his brand very, very well.

Gini Dietrich is the founder and CEO of Arment Dietrich, an integrated marketing communications firm. She is the author of “Spin Sucks: Communication and Reputation Management in the Digital Age (Que Biz-Tech)

She’s learned to be as entertaining on social media as she is on the big screen or stage. Her life plays out in all of the humor, plot twists and relatability that we love about her movies. It’s still in a way that makes us feel like we’re along with her for the ride.

1.She’s ridiculously funny: A huge credit goes to Rebel for making her unique humor work just as well, if not better, on social media as it does on screen. The examples are endless, but here is just one:

Is it weird that I wanna go on SURVIVOR just as an experiment to see how much weight I would lose without access to Ben & Jerry’s??

2. She Has a Message: Rebel makes it totally clear that we don’t have to fit any stereotype to be successful. It’s a beautiful, empowering message that’s beneath the surface of everything she does.

Thank you so much @flaremag for making me your March cover girl! 🇨🇦

3. She gets herself in trouble: Drama is just as entertaining as humor, and Rebel has given us sweet, sweet drama on a couple occasions. From Kardashian feuds to her most recent public shaming of the wrong journalist.

4. She gives us behind-the-scenes looks at her life: Sharing every-day events makes her fans feel like they’re involved in the life of a real person, not a manufactured experience from a celebrity brand.

Love me some baseball!

5. She has fun with other celebrities: Other stars often make cameo appearances in Rebel’s social media feed in hilarious ways. We love this exchange with Justin Bieber.

Note to all girls: if you get a date confirmation in writing it’s a legal document & that promise must be fulfilled pic.twitter.com/3qpJGab8gg

6. She shows her softer side: Rebel is an ambassador and long-time student sponsor of a school in Tanzania called St. Jude. She revealed this by flying some of the students to America.

7. She’s entertaining and genuine, even when she’s shilling a brand: Usually, when celebrities share sponsored brand content online it leaves fans with an uneasy, dirty feeling. Rebel manages to do it in an entertaining way that doesn’t feel forced.

@keeganmic and I took a real/fake road trip to @jordanpeele & @chelsanity’s real/fake wedding. I’m not sure what’s real or fake anymore, but I think you will enjoy this video. #BookingYeah #ad

8. She cares about her fans: Perhaps the greatest part of Rebel’s online persona is the time she takes to talk to her fans. She responds to tweets and comments and even recently warned her fans after a harrowing experience at a bar.

Hey guys, but especially to all the girls out there, please be super careful about what you drink when out at clubs and bars at night X

A mixed bag of actor, comedian, and TV host, Chris Hardwick literally wrote the book on embracing individual Nerddom – “The Nerdist Way: How to Reach the Next Level (In Real Life)

.” It spawned the rest of what you see when you Google “Nerdist” – a network of geeky cool content including podcasts,YouTube channel, blog and community of those who like what they like, no matter how weird, intense, or Dungeons and Dragons-y it may be.

Pokemon Go had more freezes today than a sperm bank. HEYOOOOOO! But seriously I lost like 3 good ones. Also the fake gym was too crowded.

Since creating Nerdist, Chris has handed over the “Nerdist” handle to his kingdom. Now, he shares personal geekiness under his own name. Check out his amazing collections on Instagram, and his visits to primers on Snapchat.