Audiences paying to see “Last Christmas” got more than a yuletide romance.

The film, starring Emilia Clarke and Henry Golding, toes a politically correct line. That includes broadsides against Brexit and clunky pleas for tolerance. Tolerance for the pro-Brexit movement, apparently, proved in short supply.

The film opened to a modest $11 million earlier this month despite the Christmas trappings and lack of rom-com competitors. It slid downhill from there, with a current domestic haul of $27.9 million after 14 days of release. Universal, the studio behind “Last Christmas,” yanked it from more than 1,000 theaters this weekend.

That’s a studio waving the white flag just as the holiday season is heating up.

The failure marks the latest attempt to woke up the film-going experience. Recent films like “Long Shot,” “Late Night,” “Booksmart” and “Charlie’s Angels” inserted overt lectures into their screenplays. More often than not, the box office results proved abysmal.

Even the left-leaning critical community threw up its hands over the tactic. Britain’s Sun review proved devastating.

“Last Christmas is the worst festive film I have ever seen … It’s a woke, remoaning, overly politically correct mess of a movie that manages to suck every inch of fun, joy and togetherness out of the season where we should be jolly.”

Last Christmas is bad. Incredibly, shockingly, monumentally bad. The kind of bad that falls somewhere between finding a lump of coal in your stocking and discovering one painfully lodged in your rectum. The kind of bad that you get when you bring together people of enormous talent and then are forced to watch them flail around, lost and flop-sweat desperate, attempting to make a romantic comedy that is mind-bogglingly short of both elements. The kind of bad where you might literally hear the tolerance messaging — same-sex unions, homelessness, anti-immigrant prejudice, Brexit — being ticked off a checklist were it not drowned out by the sound of everyone patting themselves on the back.

When liberal film critics call out a film for its uber-wokeness, there’s a problem afoot.

Perhaps actress-co-screenwriter Emma Thompson realized the romance was a dud. This would explain why she decided to cram in about 12 assorted subplots — including the plight of homelessness, a closeted lesbian sister, alcoholism, serious cardiovascular issues, Yeoh’s romance with a Swedish man who likes sauerkraut and immigrant shame in the age of Brexit.

“I think [the political references] are very lightly brushed in. Because our main character is the daughter of immigrants, it would be very difficult to tell this story without mentioning, at least, the fear that people have who are immigrants with Brexit.

“Because it’s set in a very particular time as well, it’s set in 2016, we couldn’t avoid it. Having it not there would’ve been slightly psychotic. And I think what’s more important about what’s under the fun of the movie is a message about kindness.”

Who doesn’t want a one-sided lecture in the middle of their yuletide rom-com?

Still, the rom-com isn’t meant for divisive politics, at least until recently. Most romances help new or fledgling couples find a romantic boost.

Imagine watching “Last Christmas” on your favorite streaming service in five or 10 years. The movie’s messaging will feel out of place, distracting even, as you try to enjoy the stars’ budding romance. 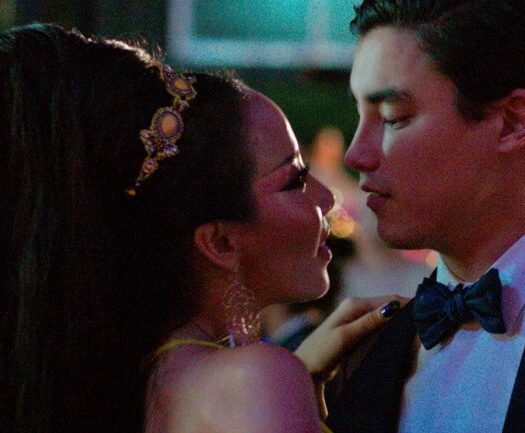 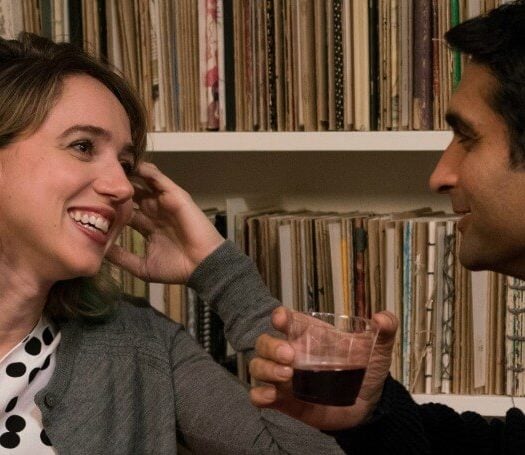