Richard Hicks, president of the Casting Society of America, insists diverse movies do more than reflect the country as a whole. They pad the industry’s bottom line, both creatively and financially.

“We’re hungering for authenticity. Making a project as diverse as the world adds value to the project. That is no longer deniable,” Hicks says, citing recent smashes like Fox’s “Empire” and “Straight Outta Compton.” “Getting it right pays dividends.” 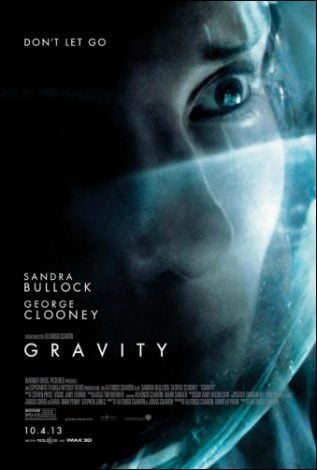 Hicks, whose resume includes casting “Zero Dark Thirty,” “Gravity” and “Hairspray,” says his peers often will strip certain descriptors out of a script to “look at it with fresh eyes.”

It’s just part of what a casting director does to ensure the stories being told ring true. Hicks’s CSA is an advocate for casting directors across television film and theater.

Casting directors may play a key part in a TV or film production. They still rarely enjoy the limelight like other film professionals receive.

“People talk about a movie or a TV show or a play … we’re in the center of who was in it. All we do is done in little rooms before the production happens,” he says.

That anonymity changed a bit with the 2013 documentary “Casting By,” which let major stars like Robert De Niro salute the profession.

“Casting has been severely neglected over the years,” director Oliver Stone says during the film, which focuses on CD legend Marion Dougherty.

Hicks has been fortunate to work across genres over the years. He’s gone from “Recount” to “Dude, Where’s My Car?” His fellow CDs sometimes get stuck with a particular genre. It’s similar to what happens to actors after a signature performance.

A recent job complication involves the secrecy many projects operate under. Imagine trying to cast a “Star Wars” sequel and trying to keep information about the story from the actors.

“It does complicate the logistics of everything, working with pretend material … something similar but not ‘it,’” says Hicks, who cites “Straight Outta Compton” as an example of superlative casting choices.

Sometimes Hicks won’t lean on his memory banks or online resources to fill a particular part. Seeking out fresh faces is a part of his process.

“You put your nose to the grindstone, work your butt off,” he says of the search for just the right unknown to flesh out a critical role. He might put out an open call on Facebook or check out resources aligned with the character in question. If he needed an overweight child actor, that could mean reaching out to support groups for eating issues.

A top-flight casting directors won’t stop looking for the right actors “until it gets done,” he says. And, of course, that happens in direct consultation with the film or show’s director.

It helps to know something about acting as well as what makes us tick.

“The best ones, they have to be wise about people,” he says. “That’s the currency.”

Hicks may lean on social media to snare the right actor, but outlets like Twitter also give them occasional bouts of heartburn over controversial casting decisions. That’s not a new phenomena. Remember the outcry when wiry comic Michael Keaton was chosen to play Batman?

“It’s becomes easier to express outrage with social media, everybody running around offended that so and so got this part,” he says. “Nobody has seen it yet. No one knows what they’re talking about.”

The art of the casting direction process, ultimately, is using life experience as a guide.

“It’s knowledge that you glean from seeing a million readings and thousands of plays. That’s your library,” he says. “The art in casting is, what you do with that knowledge?”