The '30 Rock' star crashed the superhero party too soon, bringing a darker edge to the standard hero template.

The Shadow, a superhero with the ability to “cloud men’s minds,” was an odd sell for the summer of 1994.

Opening after the likes of “The Flintstones,” “Speed,” “The Lion King” and “Maverick,” director Russell Mulcahy’s adaptation of “The Shadow” (which became wildly popular in the 1930s) was slightly ahead of its time in the midst of far more hip, high-tech effects-driven ’90s extravaganzas.

The Shadow first appeared as a character, credited to Walter B. Gibson, on the radio (Orson Welles was famously one of the vocal performers who brought him to life) and in mini-novels and magazines. A psychic, shape-shifter and caped crime fighter who could immerse himself into the mindset of the crooks he pursued, The Shadow, whose “real identity” (more on that later) is Lamont Cranston, had a killer catchphrase:

“Who know what evil lurks in the hearts of man? The Shadow knows.”

Mulcahy’s film begins with Jerry Goldsmith’s silky, creeping theme music and opens with the subtitle, “Opium Fields, Tibet.” We meet Ying Ko, a vile warlord who oversees a den of drugs, women and criminals. We’re less than 10 minutes in, and the pulp of the source material is already heavy.

Ying Ko, who is described later on as “the butcher of Lhasa,” is played by Alec Baldwin, whose greasy appearance in this section is jarring. We learn that Ying Ko is one of the identities this man has acquired over time and that, in a few exposition-packed scenes later, the character will transport to New York, with newly acquired psychic abilities and reign as a vigilante crime fighter, referred to with fear by criminals as The Shadow.

RELATED: Baldwin’s ‘DeLorean Is a One of a Kind Docudrama

As a wealthy but mysterious figure in the midst of sleek nightclubs, Cranston finds himself drawn to Margo Lane (Penelope Anne Miller), whose own ability at mind reading makes her a threat to his anonymity.

Adding further complications is the arrival of a newly unearthed Shiwan Khan (John Lone) who, along with an army of Mongol soldiers, aim to take over the Big Apple … and the world.

Is Lamont one of the “good guys?” No, and it’s one of the best things about the movie.

In Baldwin’s hands, Cranston is visibly taking joy with his ability to alter the consciousness of others. While he doesn’t entirely embrace the dark potential of his powers, the danger of it being realized is always there.

When Khan offers Cranston a partnership in world domination, the notion of ruling the world with the power of thought is clearly as tasty to them as it is to us. It’s imaginable that even Bruce Wayne (obviously inspired in some ways by The Shadow) would feel uneasy about sharing the company of a psychic weirdo like Cranston.

Cranston has the ability to alter his appearance through the power of his mind. Amusingly, the Shadow guise makes Baldwin resemble his brother, William Baldwin.

Something the film never discloses is the exact date of any of the events we’re witnessing. Yes, this is New York during the Jazz Age, and Cranston appears to be in his thirties. Yet, since the film opened with Cranston appearing as a haggard warlord and knowing that he can alter his face with a few carefully focused thoughts, there is a vampiric quality to the man.

Since we’re seeing what the character is allowing others, and us, the audience, to see, The Shadow could very well be a decade older.

After riding high after the success of “Jurassic Park” the year before, Koepp’s screenplay (one he admittedly wrote early on, before he became an in-demand screenwriter) is faithful to the source material. It intoxicates with its giddy fidelity to the darkly goofy textures of its narrative. Intriguingly,

Koepp introduces Asian stereotypes and tropes, then comments on their presence and use in the story – Ying Ko is a grotesque, corrupting presence who exploits the landscape and customs of those he holds company.

Tellingly, the Asian actors (which include veterans like James Hong and Sab Shimono) speak English but when Ying Ko speaks Chinese in a moment of vanity, no subtitles appear to provide translation (likewise, later on, when he orders food to a waiter).

The subtitles refuse a translation – Koepp’s smart acknowledgement that Ying Ko is an imposter, as both a member of Chinese society and, later on, as a “New Yorker.”

Baldwin is game and fun to watch in this, his (to date) only toe-dip into the summer movie action/fantasy pool. He’s surrounded by a magnificent supporting cast: Andre Gregory (of “My Dinner With Andre”) is Cranston’s Alfred Pennyworth equivalent, Ian McKellan makes the most of his befuddled scientist role, Jonathan Winters is wonderful at adding comic energy to a expository role and Tim Curry goes lip smackingly over-the-top as an utterly corruptible foil.

Between this, “Chaplin” and “The Artist,” Miller, with her Golden Age of Hollywood looks, has always been an ideal presence in films like this.

Perhaps Lone is too intense for this movie (in the same way Peter Greene was too method to be playing the heavy in “The Mask,” released the same summer as this). Yet, Lone allows glib humor and arrogance to surface in his performance, making for a fine turn of villainy.

In his introductory scenes, Cranston-as-Ying Ko is a slithery ruler. By the second and third act, he’s a vague tycoon with matinee idol looks and a tendency for vocalizing American entitlement (at one point, he retorts, “Hey pal, that’s the U.S. of A you’re talkin’ about”).

Cranston is a chameleon and a brilliant improviser, though his dark psyche (which Baldwin allows us a peak at during key scenes) suggest an anti-hero more dangerous than reliable. We root for The Shadow because, well, he’s The Shadow, but the character is both intriguing and a fascinating creep.

Australian director Mulcahy (whose 1986 “Highlander” is thrilling and bonkers enough to be viewed alongside this as a daffy double feature) never met a pane of glass he couldn’t shatter. In the best way possible, Mulcahy over-directs every scene in some way, as the sets, actors or the explosions tend to over-indulge in some way. It’s a perfect approach.

The imperfections include very-early CGI that vary in quality and a timeline that never reveals itself (seriously, just how old is The Shadow?). During a lushly designed date in a nightclub, Kenny G is heard playing in the background(!)- I get it, it’s 1994 and Kenny G was a big deal at that point but hearing him toot his saxophone during a sequence that’s supposed to take place before the musician was born is jarring.

Seeing Khan’s Mongol warriors out in the open, strolling around New York, is too goofy to take seriously (which may have been the point). The whole second act is overly silly but a striking double dream sequence (capped with a funny punch line) and the wild finale course-correct it.

The hidden world of The Shadow, bubbling beneath the excesses of the Jazz Age, is the film at its most thrilling. An especially inventive scene, demonstrating the analog method of Cranston receiving messages, culminates in the red glow of his ring (a great touch).

If anything, “The Shadow” came as a middle portion in a trilogy of ’90s super hero movies aimed for older audiences: “The Rocketeer” (1991) and “The Phantom” (1996). These three films utilized art deco-dressed sets and old school heroics but only found cult audiences later, after experiencing indifference from theater goers.

With its sharp sense of humor and affection for serial adventures of the past, “The Shadow” seems like a pre-cursor to later summer movie period piece franchises, namely “Pirates of the Caribbean” and “The Mummy.”

Mulcahy’s film is comparable to “Raiders of the Lost Ark” in that it goes all-in at embracing its origins. This may the only film based on The Shadow we’ll ever get and thankfully, it’s a good one. 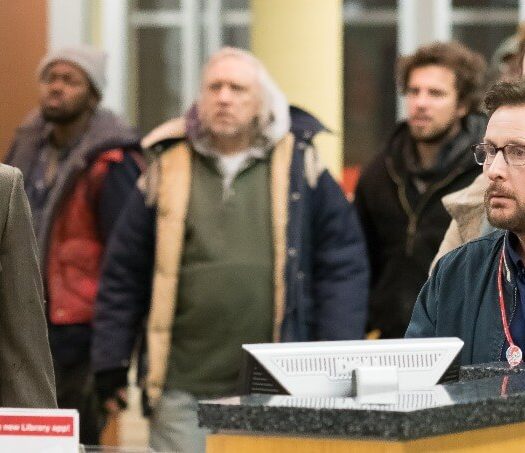 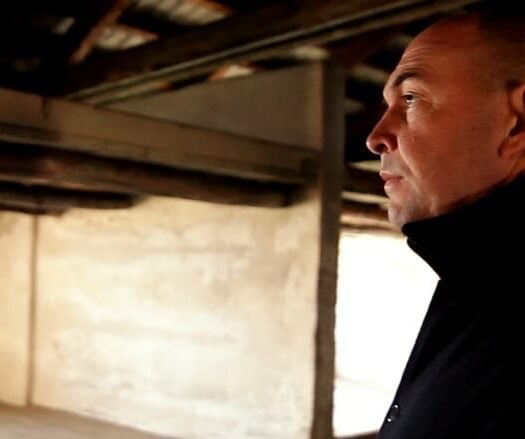