If he has his way, he’ll allow theater patrons to text in their seats while watching a movie.

He did leave the plans open ended, suggesting select auditoriums would be reserved for text-happy patrons. 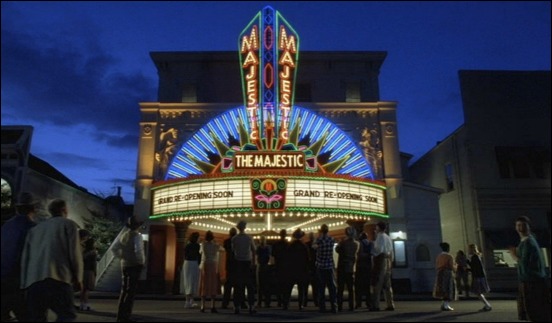 This isn’t 1952 anymore. Or 1992, for that matter. Some movie goers simply can’t stop texting, and they want to keep going even after the opening credits rolls.

So let them. We’ve spent decades shushing noisy patrons, and they still won’t shut their collective yaps. Do you really think society will extinguish texting?

And, if you’re a movie fan who thinks seeing people text out of the corner of your eye ruins the experience, act accordingly. Go to another auditorium or theater. Use your economic power to make a statement and, potentially, change Aron’s mind.

Chances are, you won’t.

Enough young people will support the process. AMC will find those auditoriums doing brisk business. Hollywood suits will cheer the box office receipts. And those who are aghast at the mere mention of texting in theaters can choose options where they know they won’t have to deal with it, assuming the ushers are doing their job.

It’s all about options. And, sometimes, movie goers simply don’t follow the wisdom of film critics and movie purists.

From 3D to Texting

Take 3D movies. How many recent 3D films took full advantage of the technology? Who likes those clunky glasses, or the fact that the screen image is dimmer during a 3D presentation?

Yet movie patrons continue to gobble up tickets for 3D showings. Hollywood, in turn, keeps cranking out 3D product knowing there’s an audience eager to see it. Or too lazy to pick a different theater. Either way, their wallets and purses have made the call.

Theaters gave us the option, and we acted accordingly.

There’s a reason the Alamo Drafthouse chain beats its chest over its “no texting” policy. It’s smart, novel and attracts hardcore movie fans. And the chain is growing.

That’s the marketplace in action. And, after AMC adopts its texting policy, other theaters can follow Alamo’s lead. No texting, period. Or, free popcorn to every patron.

Convince us to leave those flat screen TVs for a night at the movies. Let the theater owners fight for your hard-earned dollars. If that means appeasing millennials who can’t live without texting for two hours, so be it.

UPDATE: The people have spoken, and AMC has swiftly responded. No “texting-friendly” auditoriums for AMC patrons. The free market worked faster than anticipated,