We’re born into this world with raw drives that are then shaped by experience. In other words, we don’t come into this world with everything we’ll ever find sexy in our lifetime mapped out, like a subway map, that we follow stop to stop. Rather, we can and do have sexual experiences that mark us, shape us, and give rise to our imagination.

Film is one of the most important of those experiences.

Let me start by getting a few sexy movie romances out of the way that are on everyone’s “Top Ten List” — “The Postman Always Rings Twice,” “Body Heat,” “9 1/2 Weeks,” “Risky Business” and “The Unbearable Lightness of Being.”

These are the films that marked me as a teenager and shape how I see sex and romance. Apparently I’m not the only one. 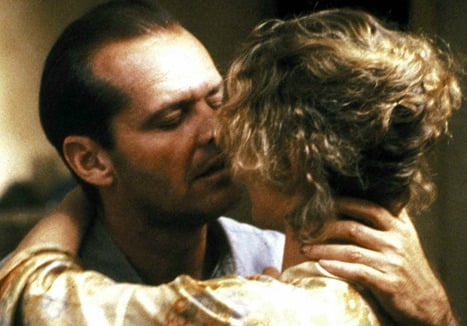 The 1981 remake of “The Postman Always Rings Twice” was my first taste of sex on film. I was 13 years old. The sex scene between Jack Nicholson and Jessica Lange is intense.

Then there’s “Body Heat” which was Lawrence Kasdan’s first feature length film. A film that is deservedly on many a top ten list. Kasdan is brilliant and like the Beatle that nobody talked about. We talk about Spielberg and Lucas, but not nearly enough of Kasdan. Everybody remembers the hot scenes between Kathleen Turner and William Hurt, and people talk about them now like my grandparents did the “Beach Scene” in “From Here to Eternity” with Debora Kerr and Burt Lancaster.

Next you have “9 1/2 Weeks” and “Risky Business,”  which have stood the test of time. The “Train Scene” and the “Kitchen Scene” are as equally well remembered. (Although it was the “art gallery scene” in “9 1/2 Weeks” that crushed me.)

ALSO CHECK OUT: Sexy Movie Romances … from a Female Perspective

Last you have “The Unbearable Lightness of Being,” which has held up pretty well and has that European sensibility about love and sex that most Americans find either quaint or perverted. It’s a sensibility that I value deeply and wish were more prevalent in today’s film making.

A quick note: Nothing on this list will be by Lars von Trier because that dude won’t be happy ’til we’re all sad.

Nor do I want to waste space on what I call “One-Scene Wonders” — films with one incredibly hot sex scene but otherwise are mostly solid dramas or suspense films like: “Wild Things,” “Basic Instinct,” “Black Swan” and “8 Mile.”

If I Had Just One Film To Recommend: ‘Shame’

“Shame” is one of those films that unfortunately snuck by audiences when it was released in 2011. Which is a shame because it features a sterling cast and artful direction: Michael Fassbender plays Brandon, a very private and sexually obsessed man, whose world is turned upside down when his wayward sister Sissy (Carey Mulligan) visits. 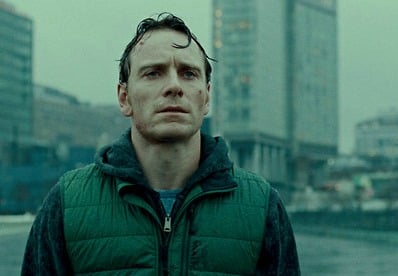 At the heart of “Shame” is a mystery that is never resolved. Writer/director Steve McQueen, with writer Abi Morgan, give you just enough of the pain both characters are experiencing, and how they’re struggling just to survive, to empathize. We never get enough to fully resolve the tension.

This film has something very important to say about sex, something the title gives away, but it’s never preachy.

Oh, and the sex scenes are incredibly hot. From his encounter with Marianne (Nicole Beharie) in a hotel room, to his back alley rendezvous with Elizabeth (Elizabeth Masucci) and there are easily a half dozen more. This film will make you think and more…

It was either this or “Bound,” and so I went with “Mulholland Drive.” In the now forgotten Paul Riser and Helen Hunt TV show “Mad About You” Jamie asks her husband Paul why he’s so into two women hooking up. He offers this genius line, “Because I agree with both of them.” Exactly! Betty Elms (Naomi Watts) and Rita (Laura Harring) are two you can completely agree with. This film is smart, sexy and will have you thinking about it years later. One of the best films ever made.

The Most Outlandish Kink: ‘Sleeping Beauty’

Once you figure out what the kink is that’s explored in this film, it becomes both deeply disturbing and fascinating. I won’t give it away, but let’s just say that it explores what lies beyond procreation and recreation. There’s a soliloquy about midway in the film, “The Thirtieth Year,” that’s so elegant, so thoughtful, that it will haunt you. Youth and beauty look different as you get older, and there’s always a tinge of regret at its loss in oneself that this movie captures beautifully in the form of Emily Browning. She’s the peach of perfection and what we all must say goodbye to eventually.

Diane Lane has made two amazing films about infidelity. The steamier of the two is “Unfaithful” which is a great film until the third act. That’s when it gives up trying to say something interesting about infidelity and instead succumbs to becoming a humdrum suspense film. The better of the two is “A Walk on the Moon.” It’s an honest portrayal of love, infidelity and reproachment. Lane has had my heart since “Rumble Fish,” “Streets of Fire” and “Cotton Club” (which Richard Gere is also in) and she’s never more beautiful and sexy then in these two films.

The differences between men and women’s sexuality can be illustrated wonderfully in these two films. “Center of the World” is one of those films that most guys will find sexy, but very few women will. I’m sorry, I don’t mean to be sexist here, but honestly ladies, do you find lollipops pulled out of an intimate place all that inciting? I thought not. 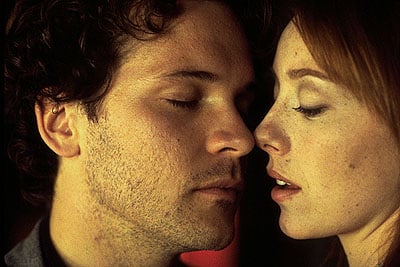 But “Center of the World” is more than that. It shows how hopeless it can be to be saddled with the kind of depravity that men often are … confusing love and sex.

Peter Sarsgaard plays a Silicon Valley wiz long before it was cool to make movies about Silicon Valley. (BTW — Peter needs to get a better agent because he’s a talent that shouldn’t be wasted.) Then you have the beautiful and strong lap dancer Florence (Molly Parker) who knows exactly what he’s looking for but can’t give it to him.

On the flip side you have “The Piano” which has a scene that’s so tender in nature, so sensual, that many men miss it, but when just the slightest touch will do, through a hole in a pair of stockings, it’s proof positive that that too, can be sexy. Just ask the woman sitting next to you when the film ends. She’ll explain.

That’s the gulf that separates men and women: somewhere between lollipops and holes in stockings we can hopefully meet in the middle.

“It’s really a male problem, not being able to control your constant sexual impulse. Women try to compete (in a woman’s voice) “Well, I’m a pervert. You don’t know. I have really sick sexual thoughts.” No, you have no idea. You have no idea. See, you get to have those thoughts. I have to have them. You’re a tourist in sexual perversion. I’m a prisoner there. You’re Jane Fonda on a tank. I’m John McCain in the hut. It’s a nightmare. I can’t lift my arms.”

What the hell is up with James Spader and great films about sex? “Secretary,” “Sex, Lies and Videotape” and “Crash” are a triple feature waiting for your town’s next blizzard.

If you haven’t seen “9 Song” you should. As much for the live concert scenes as for the equally real, not simulated, sex scenes. There’s very little chemistry between the two wooden leads, but the “Topical Beach Vacation” day in the middle of winter is something that all couples in northern climes should adopt and make a tradition of.

Elisha Cuthbert as the next door neighbor Danielle is what every teenage boy wishes for when he sees a moving van pull up next door. It’s one of the better “teen sex romp” films to come out in the oughts.

What do you get when you put Jude Law, Julia Roberts, Clive Owen and the stunningly beautiful Natalie Portman in a film about sex, relationships and power struggles? You get “Closer” a film that’s so mean, so cynical, and so cold that it’s brilliant. It reminds me of the old joke, “How do porcupines mate?” Answer: “Very carefully.”

You wouldn’t want to get close to any of these damaged individuals, but it’s interesting to view their machinations for a few hours.

Our Love of the Female Form: ‘Cashback’

This film is a love song to the female body. What is it about the female form that invites such longing gazes? My step-dad caught me and a buddy watching “Stripes” in our teens and said to us, “Aren’t you ever going to get tired of looking at tits?” Some 20 years later my response, “Not so far!”

The Best Film About Vulnerability: ‘The Sessions’

My eighth grade sex education teacher once said, “Never get naked unless the other person is getting naked, too.” I think she meant well and was trying to impart something about the vulnerability of sex, love and intimacy. “The Sessions” stars the amazing Helen Hunt as sex surrogate Cheryl and John Hawkes as a man confined to an iron lung. The drama explores the tender nature of human sexuality. It’s both a beautiful and sad film that everyone should see at least once.