The movie made just $29 million stateside, and its foreign box office totals are equally weak ($94 million and counting). That’s no way for a franchise reboot to perform. Most observers are writing the saga’s obituary.

Those reporters nailed some of the core reasons for its box office woes, from franchise fatigue to recycled story beats. Most missed another crucial factor.

Yes, once upon a time Ah-nold ruled Hollywood, cranking out hit after hit despite his limited acting chops. Today? He’s an anchor in the worst of ways, a drag on any project hoping to crack the critical $100 million box office mark.

He still could leverage his waning star power for direct-to-video glory a la Nicolas Cage and Bruce Willis. Otherwise, studios should be wary.

How did we get here? There’s no one answer …

The actor famously hung up his SAG card and ran for governor of Kah-lee-forn-ya in 2003. And he won via a special recall election.

His stunning victory added another chapter to his immigrant success story. Sure, his film career had cooled by then, but his political segue made making more movies impossible.

In Hollywood, taking any kind of sabbatical can be brutal to one’s career. Just ask Renee Zellweger, the Oscar winner who struggled to reclaim her film traction following a five-year hiatus.

Schwarzenegger shocked the political landscape by becoming governor without any previous political experience (sound familiar?). He even won re-election with more than 1 million votes. Still, he left office with a brutal 23 percent approval rating within the state.

Everyone loves a winner. The actor turned Governator emerged from his political life with a slate gray cloud over his head … and brand.

Schwarzenegger made his triumphant return to Hollywood with the 2013 actioner “The Last Stand.” Yes, he previously appeared in two “Expendables” films, but this was the first time carrying a movie on his broad shoulders again.

As he did at the peak of his fame, the actor teamed up with a talented director (Kim Jee-woon of “I Saw the Devil” fame) to give his comeback a boost.

“The Last Stand” eked out just $12 million at the U.S. box office, an embarrassing figure for any star, let alone a former A-list kingpin.

“The Last Stand” delivered robust action beats, but it didn’t differ much from the films he made during his ’80s heyday. Audiences could rewatch them on home video at their leisure. Why rush to theaters to see more of the same?

Coming out as a conservative in 2019 Hollywood could kill one’s career, or at least make finding work a chore. Just ask the stars of “Will & Grace,” happy to avoid anyone who votes for the GOP.

Things weren’t as harsh a decade or so ago, but Schwarzenegger’s Republican brand didn’t make it easier on him. That’s only part of the problem, one that’s grown worse in recent years.

Some see him as yet another RINO – Republican in Name Only. That’s partially due to his California roots. It’s tough to be a rock-ribbed Republican in the Golden State.

Going political, per se, won’t always hurt your career. It’s given Alyssa Milano a huge boost, for example. Branding yourself as a member of one party, and then alienating key members of said group, is something different.

Some images are hard to shake, like a floppy-haired Hugh Grant begging for forgiveness on “The Tonight Show” after getting caught with a prostitute.

Remember the pictures of him puffing on massive cigars and driving around in a gas-guzzling Hummers? Few stars enjoyed the spoils of success quite like Schwarzenegger.

These days, he’s singing from the eco-choir. He even supports suing oil companies for hurting the planet. This week Schwarzenegger embraced the radical left’s climate change sage.

The actor says the teenager is one of his heroes. Two different generations, saving the world together. 💪🚲https://t.co/Z8xjgvOiap

The actor stands as one of Hollywood’s biggest eco-hypocrites, a wildly unflattering label and one some movie goers resent.

Did you tell her about the 12,000 sq ft home you sold in ‘13 that featured 10 bathrooms and a pool/tennis courts. Or that when Governor you commuted via private jet from Brentwood to Sacramento and then lived alone in a 2,000 sq ft hotel penthouse across from the capitol? No? https://t.co/waO7jSpcoS

Father Time Spares No One

We all wish we could look as hale, as hearty as Schwarzenegger does at 72. His physique isn’t Mr. America worthy anymore, but he’s still someone you’d avoid at all costs in a bar fight.

Saving the world in your 70s is a tougher task, even for someone like Schwarzenegger.

Schwarzenegger decided to take over for Donald Trump on the Commander in Chief’s old TV show, NBC’s “The Apprentice.” Only the 2017 reboot delivered soft ratings, with the new star blaming President Trump for its failure. The Commander in Chief, naturally, fired back, starting a war of words between the two cultural icons.

Yes, Arnold Schwarzenegger did a really bad job as Governor of California and even worse on the Apprentice…but at least he tried hard!

Trump fans aren’t a forgiving lot, even if some grew up adoring the actor’s ’80s action movies.

The irony of Schwarzenegger’s descent is clear. He’s grown as an actor over time. Critics routinely scoffed at his stiff line readings and limited range at the height of his fame. Director Ivan Reitman once described how he meticulously crafted the star’s facial expressions to get the right takes for his comedy smash “Twins.”

Critics cheer Schwarzenegger’s sense of humor and, yes, depth. His sober zombie film “Maggie” demanded a true performance, not a series of muscle flexes and one-liners.

“Maggie” is Schwarzenegger’s “Cop Land,” that is, a feature designed to highlight and showcase that which an action movie hero could only hint at in glancing moments between explosions. In “Cop Land,” Stallone stripped himself of all the violent artifice that comes with his build, presenting a vulnerability that is hauntingly effective. Schwarzenegger does the same thing here, playing a father who is clearly shaken when driven to violence.

In “Terminator: Dark Fate” he’s the reluctant heart of the story. His T-800 (AKA Carl) feels remorse for the pain he’s caused over time. He’s willing to sacrifice his cyber life to help others, particularly the woman he hurt the most, Sarah Connor (Linda Hamilton).

Because of Hamilton and Schwarzenegger, the movie works. Everyone else, though played by reasonably competent actors, is bland and forgettable,” says Salon.

Now, sadly, he can’t sell his own films to a once adoring public. 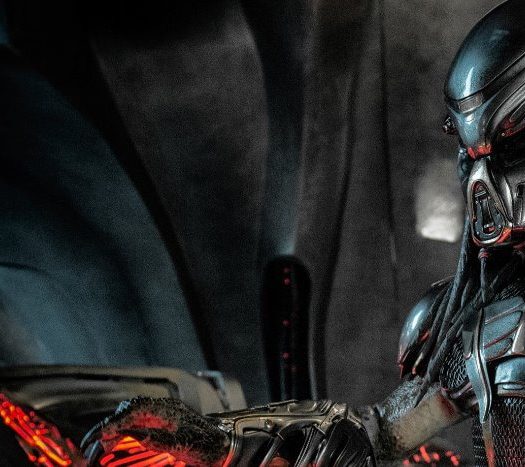 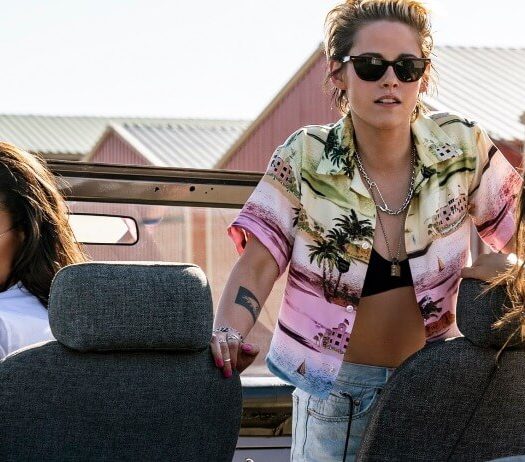 Woke Broke Movies in 2019 … Does Hollywood Even Care?

Read More
Woke Broke Movies in 2019 … Does Hollywood Even Care?