Not every celebrity thinks Trump's economic agenda is a debacle.

Celebrities have been lining up in recent days to savage the plan:

Director Ridley Scott isn’t in that camp. In fact, Scott’s logic for Trump’s tax reform sounds like something you might hear on conservative talk radio.

Scott brought up Trump’s tax reform while chatting with The Denver Post about his film, “All the Money in the World.” The feature follows the real-life kidnapping of Paul Getty III. The drama generated headlines when co-star Kevin Spacey got cut from the film and replaced by Christopher Plummer.

The reporter asked the usual questions about the project. Later in the interview, he steered the chat toward the subject of wealth. Was he hoping Scott would rail against the one percent, President Trump … or both?

That’s not what happened.

Q: There’s a lot commentary in this film about the value of human life, class struggles and the role of wealth in society. Do you think there’s anything to be learned from it at this moment in America?

A: Well, let’s take the tax bill. People say (Republicans) are doing it for the wealthy class. What they forget is if you get a clever, un-selfish business person — I don’t care if it’s a corner store or a big business — who’s suddenly saving 15 percent, they’ll put it back in this business. Then you’re going to get growth and therefore (people) will get employed.

The reporter follows up the query with another that reminds us of President Obama’s infamous, “you didn’t build that” line from 2012.

Q: I’m sure you benefited from some help early on in your career.

A: I’m a natural-born hunter because that’s who I am. No one taught me that. I started from scratch. I arrived in Hollywood with a wristwatch and stayed at the YMCA. You have to learn the curve. But don’t (expletive) moan about it. It’s about doing. There’s always a way in. I used to lay concrete on runways for an Irish company when I was a student. I packed drywall. My parents didn’t have the money to help me out. But they were very supportive of anything I wanted to do.

Scott is both a business man and a Hollywood veteran. To remain at the top at his age (he just turned 80) requires more than just talent.

The man who gave us “Alien,” “Blade Runner” and “Gladiator” is keenly aware of the economics behind the industry. It explains his reaction to critics who claimed his 2015 Biblical epic “Exodus: Gods and Kings” lacked diversity. He said he needed marquee names to make the movie happen.

“I can’t mount a film of this budget, where I have to rely on tax rebates in Spain, and say that my lead actor is Mohammad so-and-so from such-and-such,” Scott says. “I’m just not going to get it financed. So the question doesn’t even come up.”

That’s a rather politically incorrect answer. It makes sense all the same, at least from a bean counter point of view. That response helps explain Scott’s reaction to the Trump plan. 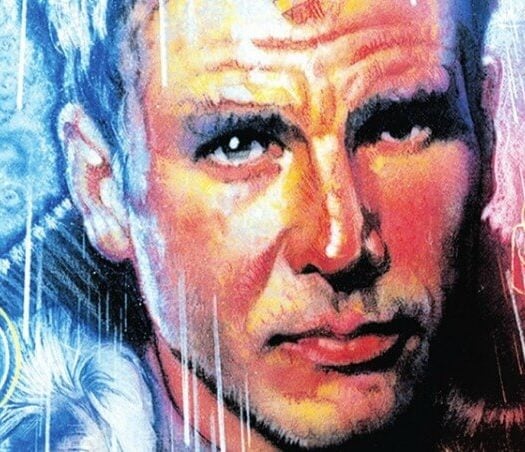