A home invasion doubles as an assault on the one percent while a beloved Christian song inspires a soulful father-son reunion.

The indie “Us and Them” spins on the group’s “hate the rich” bromides, the kind that too often fueled violence. A trio of 99 percenters invade the home of a rich banker, hoping to snare some viral video infamy in the process.

Things quickly go south in true Occupy Wall Street fashion, even if no one defecates on a cop car. The film itself is briskly entertaining until its final, logic-defying moments.

Jack Roth stars as Danny, a poor kid scheming to upend Britain’s capitalist system. To do so, he cleverly invades the home of a wealthy family and holds them hostage.

That’s just stage one of his master plan.

Danny and two cohorts vow to taunt and torture the family patriarch Conrad (Tim Bentinck) for all the world to see on YouTube. He might just start a socialist revolution in the process, by golly.

“Us and Them” offers a welcome twist to the standard home invasion plot, one aided by Roth’s fiery presence. Yes, he’s the son of the great Tim Roth, but the youngster brings a unique energy to every scene he’s in.

Writer/director Joseph Martin stages everything with a wink and nod to his passionate predecessors. There’s a whiff of Tarantino and a splash of Ritchie throughout the brief 83 minutes, but it rarely feels borrowed or blase. And the soundtrack is a blast, a ripe blend of punk and R and B that makes scene after scene throb with purpose.

The narrative is equally slick. The story jumps back and forth to reveal how the plan took shape and why it might go so very wrong.

THAT’S FUNNY: The Hollywood Reporter’s “Us and Them” review worries audiences might feel more sympathy for the wealthy hostages than the crooks.

Conservatives won’t mind the lectures they hear from Danny and his sidekicks Tommy (Andrew Tiernan) and Sean (Daniel Kendrick). it’s coming from the characters’ souls, and the film chugs along with a strong sense of pacing. Simply put … you just don’t know what’s going to happen next.

The film’s biggest flaw? The rich, white capitalist can’t defend himself or his fellow elites better, if at all. What about extolling the years of hard work, sacrifce and ingenuity that made their paths possible?

Instead, Conrad huffs and puffs about the indignities he’s facing, letting Danny’s shallow rants go unchallenged. When he complains about his shirt getting crumpled Danny dresses him down in epic fashion considering the circumstances.

“A little discomfort is to be expected,” Danny tells him, as if he were a reincarnation of Thurston Howell the Third.

There’s something heartflet to consider in Danny’s plight on an elemental level. Yes, a construction worker or server breaks his back on any given day, and seeing their pay dwarf that of the average executive can be crushing.

Systemic inequities exist, and they matter. The current economic system still allows people to change their lot in life, certainly better than the socialist utopias seens as possible solutions.

“Us and Them” moves so fast the lectures slip by like trees on a high speed drive until the ending. The finale feels primed for shock value first and foremost, and perhaps it’s Martin’s thesis on inequality.

What audiences see is an poorly conceived epilogue clashing with how the characters behaved up until now. A real shame.

HiT or Miss: “Us and Them” is a story for our time, sadly enough, but it’s rigorously entertaining until the ill-conceived resolution.

I CAN ONLY IMAGINE

The best music can come from the worst experiences.

Pick any breakup song and there’s a good chance some real heartache made it happen. It’s how the top-selling Christian song of all time came to pass.

MercyMe singer Bart Millard penned “I Can Only Imagine” in a rush, remembering his father’s tragic tale. Now, a full-length feature details not just the song’s creation but the pain Bart endured that made that song possible.

Yes, it’s a faith-based story, one brimming with redemption and reawakenings. It’s also a soulful look at the bond, however shaky it may be, between a father and son.

Broadway’s J. Michael Finley stars as Bart, a man raised by a monster. Dennis Quaid’s Arthur chased Bart’s momma away with his rages early on, leaving the son without anyone to protect him.

Alone and afraid, the lad grew up trying to emulate his father’s football glory. When that failed he turned to music, hoping it could offer him both balm and a sense of emotional escape.

The bad blood between father and son kept getting in the way. Only when Arthur finds God and attempts to rebuild his ties with Bart does the young man see a glimmer of hope for the two of them.

It helps that Bart’s pain is channeled into a song that will change Christian music forever.

“Imagine” is more than just another musical biopic, even if it checks all the genre’s boxes. The focus is on family, and a highly dysfunctional one at that. Quaid’s screen time is modest compared to Finley, but his presence is felt in every sequence. You wait, and hope, his transformation will do the song, and the real Bart Millard, justice.

The actor delivers, digging into not just Arthur’s fury but his awkward attempts at a second chance. It’s those scenes, as much as the smartly choreographed musical sequences, that resonate.

FAST FACT: “I Can Only Imagine” is the only Christian song to go double platinum.

Finley’s task is all the more difficult given Bart’s demeanor. He’s a jerk at times, lacking any sense of self-awareness. It threatens to disconnect us from his story and his dreams. That doesn’t happen, though, another tribute to Finley’s impressive film debut.

“I Can Only Imagine” isn’t as sure footed with the film’s romantic subplot, which deserved more screen time to fully flesh out. The behind-the-scenes peek at the music industry feels too tidy, but co-star Trace Adkins brings gravity to these moments all the same.

Christian cinema is still a relatively young genre. Films like “Imagine” remind us how they deliver stories that mainstream Hollywood too often ignore.

HiT or Miss: “I Can Only Imagine” shows how faith-based filmmaking continues to evolve, grow and satisfy. 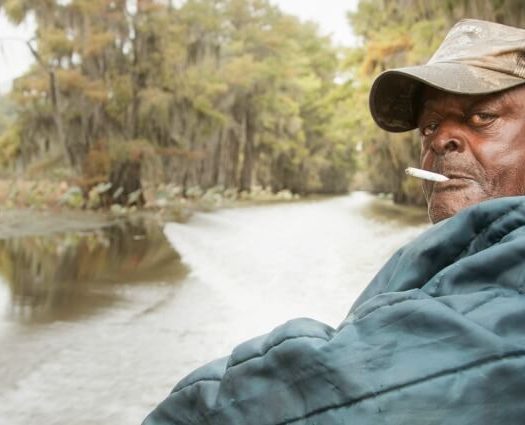 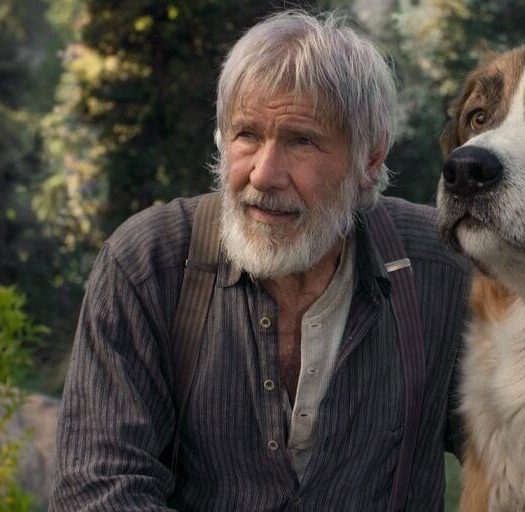 Ford Rescues ‘Call of the Wild’ from CGI Gone Amok