Don't miss this underrated '90s gem getting a second life from the folks at Scream Factory.

The loss of most video rental stores has robbed filmgoers of the joy of discovery.

Sure, we can still scroll through titles on streaming devices and choose options that look “watchable.” What we can’t replace is that tangible, concentrated search at a brick and mortar shop. We’d crane our neck and search the shelves for titles, eye-catching cover art and random sleepers we’ve never heard of for as long as the store would stay open.

I used to get a crick in my neck and an ache in my thighs for the long durations (sometimes hours) I’d spend in a video store. I’d scan through titles as though searching for the Lost Ark itself.

Video stores are where I discovered my love for Jean-Luc Godard (it began with his “Contempt”), and experienced cult classics I was too young to see the first time (like “The Rocky Horror Picture Show” and “Eraserhead”).

I found countless works, ranging from sublime to just silly, that I’d never heard of before.

” is one of those movies I recall looking back at me from its shelf at the long-gone Videoland & TV where I used to work. Until a week ago, I never saw it and can’t recall a former customer who had. It’s one of those unassuming horror movie sleepers that deserves better than remaining an obscure curiosity item.

John March, a low rent private eye (played by prolific character actor John Terry) is hired by Claire,  a femme fatale (Jane Sibbett of “Friends” and “Herman’s Head” fame), to investigate her husband. Unlike most neo noir thrillers, Claire’s scientist husband (Chris Sarandon) isn’t committing infidelity but claims to be working on a life-altering project. He vanishes for long hours into the night and is obsessed with his latest project.

Before long, corpses and slimy monsters start to pile up.

“The Resurrected” is based on H.P. Lovecraft’s “The Case of Charles Dexter Ward” and directed by Dan O’Bannon, solid genre pedigree that the film certainly lives up to.

The introductory scenes and first two acts are dialog-driven and straightforward. Anyone who saw this and expected cheap thrills would be surprised by how much exposition, mood-building and conversation there is. While never boring, O’Bannon trusts that horror fans will be patient, absorb Lovecraft’s intricately written tale and be ready when it finally goes all-out bananas … which it finally does.

Following his cult favorite, “The Return of the Living Dead,” O’Bannon directs this with relative restraint. He carefully paces the narrative building of the first two acts before going full-tilt crazy in the grand finale. While not as unhinged as his prior film, this has an odd but charming blend of a classy, wink-free serving of the outrageous that mirrors the tonally similar (if far more elaborate) “Lifeforce,” which O’Bannon wrote.

For all the impressively grotesque monsters and flashes of gore, Sarandon is the film's best special effect.Click To Tweet

It can be argued that a definitive adaptation of Lovecraft has yet to appear, as his enormously influential “At The Mountains of Madness” and “The Call of Cthulu” have never been made into films.

Stuart Gordon’s “Re-Animator” and “From Beyond” are perhaps the most famous and certainly the most outrageous Lovecraft films, though John Carpenter’s quasi-Lovecraft homage, “In The Mouth of Madness,” also bears mentioning.

Other Lovecraft stories-turned-films have been middling, with either budgetary restrictions or unfaithful screenplays doing a disservice to the scope of the author’s vision. O’Bannon’s film is a low budget B-movie, but it’s done with finesse and maximizes every opportunity it has to entertain and jolt its audience.

Terry and Sibbett are pretty good in the leads and Ray Romanus (of “Fast Times At Ridgemont High” fame) provides goofy comic relief as March’s right hand man. However, the film belongs to Sarandon, who plays the mysterious doctor with visible relish. Following his iconic turns in “Fright Night” and “The Princess Bride,” Sarandon gives real theatrical panache to his character. For all the impressively grotesque monsters and flashes of gore, Sarandon is the film’s best special effect.

” by Scream Factory is a true gift for the film’s fanbase, as well as first-timers who will be curious as to the film’s production history after an initial view. Once again Scream Factory delivers a wealth of extras for a title few will remember. The company affectionately elevates the status of a forgotten B-movie by telling its extensive production history for the first time.

The best of the interviews actually comes from S.T. Joshi, author of “I Am Providence: The Life and Time of H.P Lovecraft.” With an assist from old photos, Joshi basically sits and tells us Lovecraft’s story and its surprisingly engaging and thorough just to hear him give it to us straight.

There’s also the U.S. and Japanese trailer, a photo gallery and deleted/extended scenes that offer more explicit gore. We also have footage of none other than Bruce Campbell introducing Quentin Tarantino at the Fangoria Chainsaw Awards to give O’Bannon a statue for making this film!

Finally, the feature-length commentary (by Romanus, Friedman, Masters and the producers) is pretty good and offers some fun anecdotes. Overall, this is a top-shelf presentation of an undeservedly forgotten horror sleeper.

With its effective blend of detective thriller, fantasy and brutal horror, O’Bannon’s film is easy to recommend to horror fans. It may be an odd thing to declare but it’s true: “The Resurrected” cares about its audience. 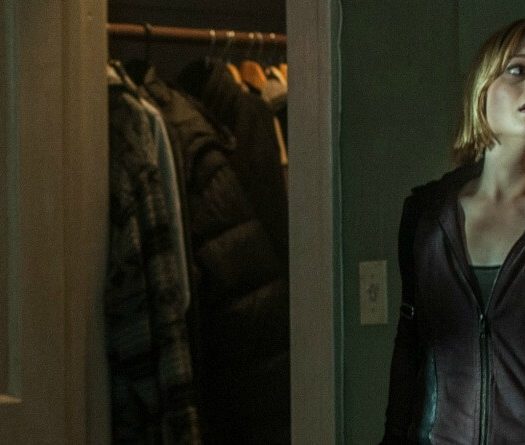 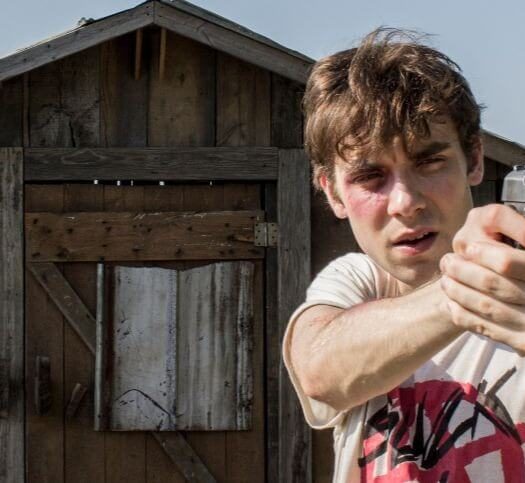 Why ‘The Shed’ Asks Too Much of Hardcore Horror Fans