The new online comic follows the D.C. adventures of two right-leaning consultants facing the current political headwinds. HiT reached out to “Paxton Murray” creator Brannon Nelson to learn what inspired the project and why it’s crucial for conservatives to engage pop culture.

HiT: Was there a single spark that led to the strip’s creation? Or was it a culmination of creative impulses?

Nelson: This is something I’ve been wanting to do for some time now. I’ve just been too busy with my career and family to get started. Although there have been several sparks.

In the late ’90s I was a young, impressionable economics major at West Georgia. I was consumed by the “Austrian School” of thinking. Mises’ “Human Action: The Scholar’s Edition

” was my manifesto—and still is. Hazlett, Menger, Hayek all had their place on my bookshelf. I rebelled against the “man” and was a committed voluntaryist.

Then 9/11 happened. I enlisted in the Army, and my political philosophy shifted right.

Nevertheless, economics has always been a passion of mine. It is the study of how to get the most out of life. It defines the world around us and describes how we behave. It tells us why we do what we do and teaches us how to make informed decisions.

Now over the years I’ve developed an informed opinion; that is, most on the left simply do not understand even the basics of economics. It has gotten so bad today that the lure of socialism is appealing to so many, and that’s a problem.

So I created “Paxton Murray” to save all of humanity… before it’s too late! 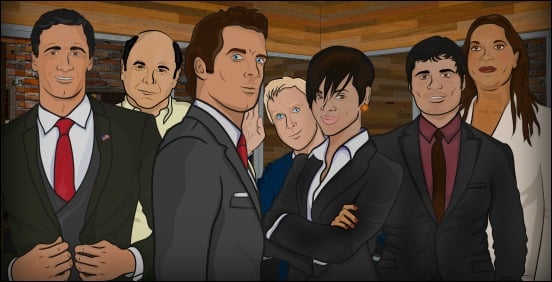 HiT: Many conservatives decry how the entertainment world leans to the left … but do little to help balance the ledger. Was that a motivating factor for you?

Nelson: I think the powers that be in the industry are mostly left-leaning ideologues. I do know that there is a market for liberty-loving entertainment, and it will only help the conservative brand to take advantage of that market.

HiT: Your main characters have their own actual Twitter accounts. Can you talk about leveraging social media to spread your story’s message … and brand?

Nelson: Yes, both Paxton and Murray have their own accounts. I have a few friends helping me out with the comic and we thought it would be a fun way to interact with our Twitter followers.

Social media has been a blessing. We tweet a collection of images and graphics as to what’s relevant with the comic and with what’s trending in the news. We get a lot of engagements and scads of retweets. It certainly gets Paxton Murray out there in front of eyes.

HiT: Will the storyline directly intersect with the current presidential campaign? Will we see tweaks of real political figures?

Nelson: Well as a matter of fact, Paxton Murray No.1 includes two characters inspired by Chuck Todd and Nancy Pelosi. I do need to point out that what these characters say and do in this issue and in future issues is complete fiction.

I want to get the presidential campaign in the mix. Each month I’ll write 22-24 pages’ worth of content that is consistent with today’s issues. Then I’ll start illustrating, then publish each page to the website as I go along. There’s little mention of the campaign in No.1, but I plan to include it quite a bit this April when No.2 kicks off.

HiT: There are very few right-of-center satirists on the scene. Why? Do you see yourself as helping fill that space? 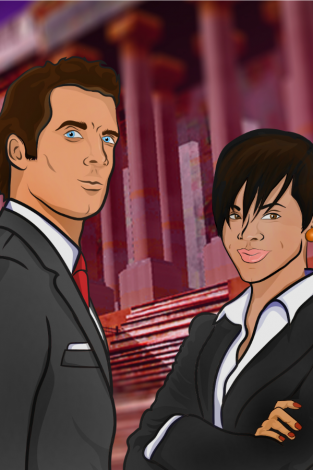 Nelson: There is a void in right-minded satire. I think conservatives inherently take things more seriously, so perhaps that has contributed. Although Greg Gutfeld and Steven Crowder are two that have achieved greatness poking fun at the left.

My banter is a little darker than some might be accustom to—mostly due to many years of combat deployments. You’re not going to survive very long in the Army if you don’t develop a sense of humor.

I never use any vulgarity, but I am the antipode to political correctness. In PM No.1 the humor starts out methodically. I’ve published five pages, and it’s just starting to get good.

HiT: Which cartoonists have inspired you over the years?

Nelson: If you can’t tell, “Archer” from the FX channel has been a huge influence. I use a little more shading and my outlines are thinner, but there’s obviously a distinct closeness in the character’s design.

I even produce the comic much like they produce Archer. I model all the backgrounds and props in 3D, then export scenes in 2D format. The characters are done in Adobe Illustrator and everything is composited in Photoshop and given a painterly effect.

A far as editorials I’m a big fan of Scott Stantis, Glenn McCoy and of course, Michael Ramirez. In the future I hope to offer a page on my site dedicated to editorial cartoons.

HiT: Flash forward a year or two. Where might “Paxton Murray” be at that point?

Nelson: As of now “Paxton Murray” is just a part-time gig, and all of the content is free to view on my site. If all goes well I plan to release monthly issues via digital format on iBooks and Kindle, and if that proves fruitful I’ll add print editions and subscriptions.