Some offer an auteur’s definitive vision, while others feel like repackaged filler to jolt Blu-ray sales.

In the case of 1990’s “Nightbreed,” the director’s cut qualifies as an entirely new experience.

The new “Nightbreed” runs 20 minutes longer than the theatrical edition, but that hardly captures the changes afoot. More than 40 minutes of new or altered material is part of the new presentation, all stitched back together under writer/director Clive Barker’s supervision. 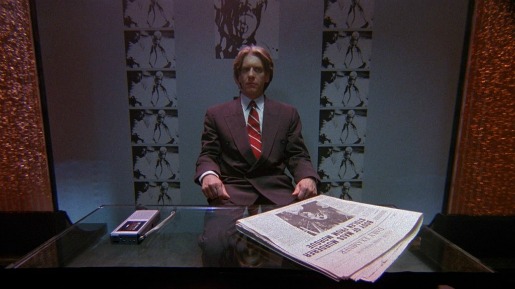 At the time of the home video release, Barker shared the following statement:

“When Scream Factory told me that they found the NIGHTBREED film footage I was gob-smacked!

… Speaking personally, I didn’t allow myself to believe that it would. Even if we did find some footage (which we did in 2009 in the form of heavily degraded VHS tapes) and even if we did find a company willing to release the film (which we did in 2013 with Scream Factory, God bless them) the prospect of finding the actual lost film materials was remoter than I’d wanted to admit out loud….

To now have a movie that we can put together in the way that I fully intended it to be seen when I first set out to make this film in 1989 is extraordinary.”

But was it worth all the effort? Absolutely, both for Barker’s sake and those seeking a singular horror tale.

The movie is far from perfect. In fact, it teeters on camp more than once, especially as the FX team shows off its wares. Yet the tale of a man (Craig Sheffer) who joins a secret monster sect in a land called Midian delivers a blast of creative storytelling.

Just what is Midian, and how does Sheffer’s character fit into its realm? Why does his soporific shrink (David Cronenberg, either brilliantly bland or just awful, depending how forgiving you feel at the moment) lure him back into his nightmares? And can love conquer all, even if it comes with bad ’80s hair?

Barker’s touch is all over the project, a gleeful sense of humor and appetite for mayhem. Yes, these creatures look hideous, but the gun-totin’ types who hunt them down are the real monsters to Barker’s sympathetic eye.

“Nightbreed” feels very much of this day and age despite the old-school effects. You can practically see the franchise possibilities lurking within. In fact, a “Nightbreed” television series, a perfect way to expand Barker’s universe. is in development with Barker’s blessing.

DID YOU KNOW: Footage from “Nightbreed” that was presumed lost was found to help create the director’s cut. Film culled from more than 600 boxes helped restore director Clive Barker’s original vision.