She was Beyonce before Beyonce, a superstar who made music on her own terms.

The stunning and wildly unpredictable life and career of recording artist Linda Ronstadt is presented in a gripping new documentary.

“Linda Ronstadt: The Sound of My Voice” packs the expected concert footage and famous interviews. Perhaps the most impressive factor is how Ronstadt gets to present her story firsthand; through the use of vintage recorded interviews, as well as recent conversations.

Her voice is the guiding force of this re-telling of her life.

Ronstadt’s presence as a woman in a predominantly male industry, and the talent behind a series of monster hits, created an untouched legacy.

The documentary, directed by Rob Epstein and Jeffrey Friedman, covers Ronstadt’s very-humble beginnings. Her family used music as a means of expression and singing as key ingredient to her upbringing.

The early years as a struggling artist are presented, with notable highlights being her stint as the lead singer for The Stone Ponies. An initial performance of the Michael Nesmith penned “Different Drum,” without the expected orchestral accompaniment, is golden.

Ronstadt’s run-ins with music notables and failed initial pairings are full of rock and roll history, namely her parting ways with the founding members of the Eagles.

FAST FACT: Linda Ronstadt, enshrined in the Rock ‘n Roll Hall of Fame in 2014, opened for Neil Young’s 1973 arena tour and sang on some of his records.

Once a singing career on her own takes off (and really, was there ever a doubt she couldn’t pull that off?), it’s a jaw-dropping recap of her time as the voice behind dozens of no. 1 hits and the cover of Rolling Stone.

We also see (among the many highlights) Ronstadt’s rise to a stadium-filling superstar, her surprise stint performing “The Pirates of Penzance,” the creation of the “Trio” album (alongside always-engaging interview subjects Dolly Parton and Emmylou Harris) and, perhaps her most surprising career turn, the creation of the Spanish-language “Canciones de mi Padre” album.

A recurring theme appears – whenever someone tells Ronstadt she can’t do something, she does it anyway and finds success. Projects like a solo career, opera and an unprecedented album of traditional Spanish music by an English speaking pop rock star proved to be the opposite of career killers.

They only broadened the range of her creative choices.

From the start, the viewer is informed of the toll Parkinson’s has had on Ronstadt’s life and that chapter is eventually given the focus and immediacy expected.

At one point, Harris compares Ronstadt to Beyonce Knowles, in terms of talent, name recognition and chart topping success. She’s right and the documentary certainly backs up this compliment.

If nothing else, we see and hear the reach of Ronstadt’s music dominance by revisiting the dozens of hits that are among the most recognizable in late 20th century: “You’re No Good,” “When Will I Be Loved,” “Heart Like a Wheel” and “Don’t Know Much” (her duet with Aaron Neville), all ubiquitous radio hits.

Whether you’re a lifelong fan or new to Ronstadt’s story, there’s a lot here to savor. Unlike most other documentaries on musicians (which tend to cut away too quickly from the stage appearances), this one lingers on the live performances.

Whether its seeing (and in some cases, only hearing) Ronstadt’s early work and the astonishing range of her voice or watching her recreate the sounds of Gilbert and Sullivan, witnessing the artist in her element is always a joy.

However, as a re-telling of her life story, there are too many missing pieces or anecdotes that get short-changed. I admired the restraint of the filmmakers for not invading too heavily into Ronstadt’s personal life, though the gaps are noticeable. There’s no mention, for instance, of her adopted children, nor of her five-year relationship with George Lucas.

More notably, some vital information was either passed over or cut for time; where did her awakening or beginning as a feminist come from? She’s referred to at one point by an obnoxious interviewer (from an old, forgotten talk show) as “controversial” and we’re never specifically told why. The Jerry Brown portion is fascinating but it breezes by too quickly.

When the documentary gets around to addressing Ronstadt’s battle with Parkinson’s and a new approach to life, the revelations are inspiring (Harris notes that Ronstadt adjusted to it with dignity and a thoughtful outlook).

Yet, the final scene, where we see Ronstadt today with family members, is sad and haunting. We watch as the group sings together and Ronstadt joins in, with the off-screen documentarian asking her later how it felt to sing again.

The camera stays on her, as she considers this and a wave of memories washes over her. It’s a moving conclusion. The end-credits concert footage of an all-star tribute is nice, but it’s the remaining footage of Ronstadt that lingers.

I suspect a work more definitive than this will come at some point. For now, “Linda Ronstadt: The Sound of My Voice” is strong enough as a tribute, a recap of an extraordinary career and proof that some artists are so much bigger and durable than any of the obstacles they face. 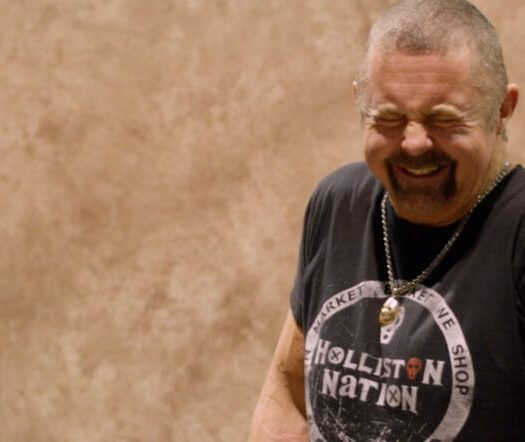 Read More
‘Hell and Back’ Shows the Man Behind the Mask 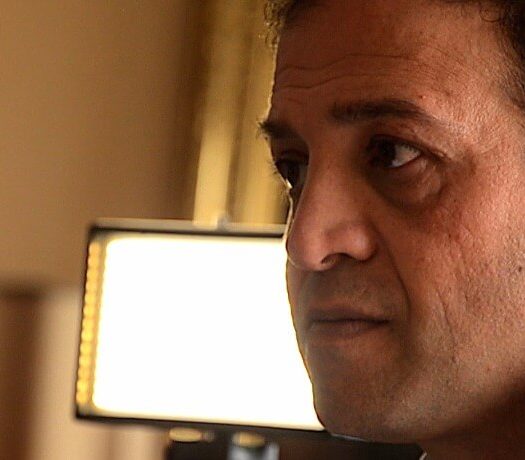