If “yes” to most of these questions, then you’re going to love this movie. I did.

There are precious few movies that, after the credits roll, I want to watch it all over again. This was one of those movies.

Some readers may already be Malick fans. So it’s safe to say you’ll love “Knight of Cups” unconditionally (as you do secret gems “Badlands” and “To The Wonder,” along with the more popular “The Tree of Life” and “The Thin Red Line”). If you don’t know who Malick is and couldn’t name anything he’s done prior to this … this is the right movie to start your Malick journey. “Cups” is beautiful, challenging, haunting and is the very best thing a film can be and that’s — it’s interesting.

What’s “Knight of Cups” all about? I think this quote from philosopher James Hillman will get us off on the right foot:

“Let’s call them “troubles.” Can you imagine a blues singer going on about problems?”

The “troubles” in “Knight of Cups” involve a father and brothers, love and sex and identity. You know, the really BIG “troubles” we all face. And they’re handled with such gentleness and honesty that I think it’s perfectly okay to use words like “soul” and “love” when talking about this film. 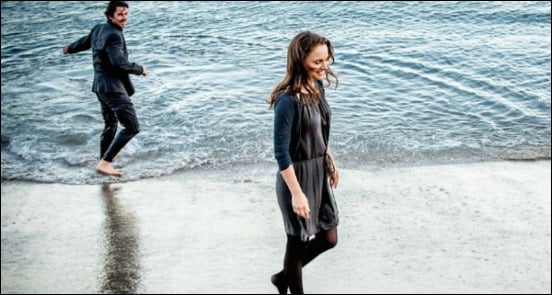 The film opens with Rick (Christian Bale) in a stark landscape searching for something within, and he’s using the simplicity of his surrounding to help gain clarity. In the background, a narrator (Ben Kingsley) beautifully tells a version of the “Hymn of the Pearl” (which comes from a Gnostic text “Acts of Thomas,” a New Testament apocrypha — one of the early book of Christianity not considered canon) and the theme of the passage relates to the human condition. We are all spirits lost in the material world.

RELATED: Why ‘The Witch’ Is the Best Horror of This Generation

More specifically, the passage tells the story of a father and son, the mission boys are given in early adolescence, how one can get lost along the way and how love, found in relationship, is the ultimate redeemer.

If you’re a man and have lost your father (or have struggled with that relationship) this film is going to hit you right in the feels. Brian Dennehy is a powerful, looming figure throughout the film as Rick’s father. The impact his dreams and failures have on his sons is palpable. It’s also great to see Dennehy back on the big screen.

“Knight of Cups” isn’t just about fathers and sons, or the son’s search for a separate identity away from the “father” figure. It’s also about a quest for rapprochement. How love and sex (and the entanglements we find ourselves in) can put us in touch with our souls and get us back on the right path. If that weren’t enough, there’s also a great deal said about the relationship between brothers.

Back in 2008, I lost my dad in a freak accident. He fell down a flight of stairs and broke his neck. I was with him the day before helping with yard work. Then he was gone. All the pain and joy of that relationship suddenly ended. No more conversations about college baseball, but no longer the ongoing pain of that relationship as well.

The kind of relationship you have with your same-sex parent maybe the most difficult in terms of identity: “I am my father, I am not my father” is the pas de deux we struggle with, and in that struggle it’s damn easy to get lost.

The film explores the challenges most young men face — ambition and fear — in their quest to find themselves separate from their fathers. All knights have quests, it’s what it means to be a knight, and this knight’s quest is to wake the hell up from the deep slumber he’s fallen into as a Hollywood screenwriter.

“Wake up to your true self, you are the son of a king.” Ignore the endless Hollywood starlets, parties, and mountains of wealth. Find your soul. 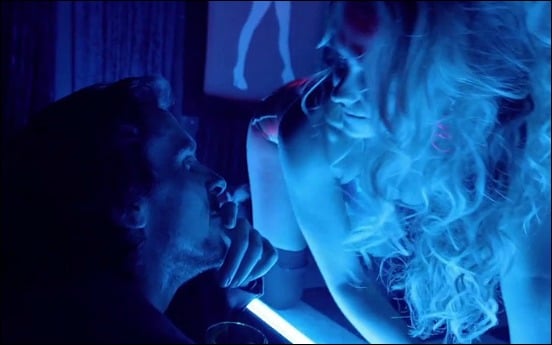 There’s so much that I love about this film, but maybe most of all is the playfulness with which it approaches women and their relationship with men. On the one hand, women are guides helping the Knight on his mission. On the other hand, they are the very dream/confusion that the knight must wake from.

Woman can be both guides and priestesses, as well as distractions along the journey.

The film’s characters can be seen through a Tarot reading that Rick gets early in the movie. Rick’s card is “The Fool.” For those of you not familiar with Tarot, the Fool is almost always depicted on the edge of a cliff. It’s where we get the term “Only fools fall in love” and “I’ve fallen in love with you.” The fall depicted is The Fool going over the edge.

I don’t think it boils down that easily, and one of the many wonders of this film is that when the Tarot card is turned we’re presented with a new chapter in the story. To whom the card relates is up for interpretation (like any good work of art, there are many possible explanations). Maybe they relate only to the “themes” in Rick’s life and not actual people.

“Life is like arriving late for a movie, having to figure out what was going on without bothering everybody with a lot of questions, and then being unexpectedly called away before you find out how it ends.” ― Joseph Campbell, Creative Mythology

In 2008, I also ended a 14-year relationship with the woman I believed to be my soul mate. In fact, within a span of six months I experienced a divorce, moved out of my house, lost my dad and then granddad. Full of grief, I would shuttle between Denver and Sebastopol, Calif. and sometimes take the Southern route via New Mexico, Nevada and Arizona. So many of the settings in the film (like Joshua Tree, Las Vegas, the Getty Museum in LA, the Salt Flats ) were deeply personal to me.

In those years of recovery, I met a Hermione, an Athena, and a Nike, and the symbology wasn’t lost on me. Life is like that for all of us, and we’re constantly bombarded with messengers small and large. I think that it’s important we make the time to discover and recognize the symbology that imbues our lives.

“So you plant your own garden and decorate your own soul, Instead of waiting for someone to bring you flowers.” — Author unknown

As my long-time therapist is fond of saying that when it comes to men and women, “There’s an oppression and reverse-oppression happening.” And I could see women criticizing “Knight of Cups” for allegedly treating women as objects or just highly paid extras in the grand drama that is Rick’s life. But at one point even Rick’s father admonishes him for womanizing and implies he had gotten off mission.

Maybe there’s another way of looking at womanizing. It could be a quest to find that one real true love that you can’t possibly question or deny.

Does such a love exist? And if so, does it exist forever? 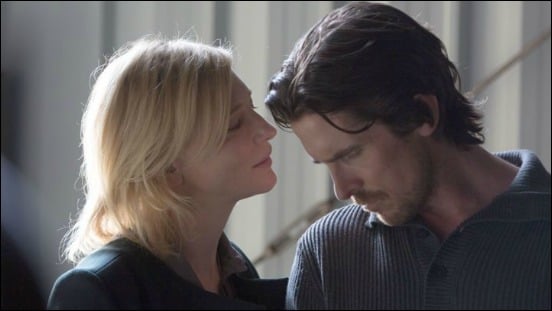 I think men and women clearly need each other, and that the love between them is the ultimate expression of faith and path to rapprochement. It’s still easy to get lost along the way and confuse love and sex.

And how children figure into it is also a major theme. Children of various ages warp and weave their way across the screen, symbolizing both innocence and potential. Natalie Portman’s character is associated with death. My take on it is that the death in question is that of their/her child or at the very least that a child was “lost” to them as a couple.

It’s a tragic moment in the film that caught me by complete surprise.

Here’s a quick cheat sheet (certainly not exclusive) of the symbols to keep an eye out for:

I can’t wait to see this movie again and, later, explore the themes and symbology with friends. I’m still marveling at what a master Malick is, how he stripped down dialogue and moments to a bare essence and choreographed movement that captured all the elements of water, earth, air and fire.

Who is fire and who is water? What grounds and what rises above? All good questions for the movie and issues to explore in your own life.

“You are the sky. Everything else – it’s just the weather.” ― Pema Chödrön