In 2012, I had the great privilege of meeting author Margaret Atwood.

She was visiting Colorado College, giving a speech and promoting her novel, “The Year of the Flood.” She had been a favorite author of mine for most of my life. I couldn’t believe my luck that such a brilliant, versatile and famously Canada-based author had somehow wound up visiting my mountainous home town.

I waited in a long line to enter the crowded chapel on CU campus where she spoke. Her speech touched upon the need for novice writers to make the time to write, as well as environmental issues and how her current book fits in the series she created.

I spoke to her afterwards and it was a game changer for me. Her words, during and after her speech, inspired me to write my first novel. She graciously signed a few of her books for my wife and I.

In my possession was a copy of an old Cinefantastique Magazine (Atwood uttered the magazine’s title with theatrical relish), with a cover story promoting the 1990 film adaptation of Atwood’s most famous novel, “The Handmaid’s Tale.”

After briefly discussing a few some random topics with Atwood, she signed the magazine cover and said, “That movie had such a great cast. It’s a shame they changed my ending.”

At that moment, I couldn’t remember how the movie concluded and was too embarrassed to admit it. I smiled and nodded, and our conversation ended after that.

” may become Atwood’s definitive novel and it has never seemed more relevant than it does right now. The 1990 film version, flawed altered ending and all (which I’ll address shortly), remains a potently horrifying adaptation and worthy of a viewing with a fresh perspective.

Atwood’s tale is the first-person recollection of the world of Gilead, an America overtaken by a regime driven by extreme right-wing fundamentalism and ruled by Commanders. This dystopia, a barely-futuristic world with religious wars and total government control, is plagued by women who can’t conceive.

The few that can are turned into “handmaids,” to be impregnated by the powers that be. Our protagonist, named “Offred” by her captors, suffers the sexual horrors of being a surrogate mother for The Commander and his wife, Serena Joy, while pondering the fate of her daughter, who was taken from her.

When a ‘Drum’ Sparked Outrage

” was directed by Volker Schlondorff, whose “The Tin Drum” was both universally praised and met with enormous controversy. Although it won the Oscar for Best Foreign Language film in 1979, “The Tin Drum” was banned in some countries and deemed “obscene” for a sequence in which a young boy engages in oral sex with a teen girl.

Thanks to the Criterion release, it is now available to view. Schlondorff, whose most famous work was plagued by those seeking to censor it, is the perfect man to direct a tale of an oppressive government, controlling and dictating the future of its people.

The late, wonderful Natasha Richardson plays Offred. Richardson is in every scene and we quickly discover the daily programming and social rituals her character must succumb to in order to survive.

Playwright extraordinaire Harold Pinter faithfully compresses the events of the novel into a two-hour movie. In doing so, he mostly maintains the significance and highlights of each sequence.

The establishing scenes are stomach churning. Offred’s initiation into this bizarre world and its cruel rituals are vividly staged. Intermittent shots of Offred’s daughter, wandering through the snow, searching for her Mother, hit hard. So do the Ceremony scenes, which are staged with a theatricality that adds style but in no way softens their sickening effect.

Gilead is a world where sex and childbirth offer no joy and are performed with detached revulsion.

Richardson’s take on Offred is far more outspoken and demonstrative in her feelings than Atwood’s character, which is fitting for a film adaptation. Whereas Atwood’s novel places the reader entirely in Offred’s perspective, Richardson’s take makes her an audience surrogate.

As an Everywoman filmgoers can root for, we share her outrage and horror.

Atwood’s Offred was an unreliable protagonist, as she spoke directly to readers and admitted at times that we couldn’t always trust her version of events. Atwood’s Offred struggled to maintain her sanity and inner fire, see through the poisonous ideology and plot an escape. Richardson’s Offred is perhaps more relatable, though her portrayal is appropriately cinematic, whereas Atwood’s creation is fittingly literary and works best in that context.

Faye Dunaway is excellent as Serena Joy, presenting the character with a disarming warmth. Equally superb is Robert Duvall, who makes The Commander a vile, smiling opportunist.

Colleen Atwood’s costumes are, in a word, brilliant. Unlike the pilgrim-like garb in the book, in which the handmaids wear heavy dresses with “tips” and concealing hoods, the handmaids in Schlondorff’s film are attired in striking red dresses. The politicians of Gilead are attired in blue and the color green is sometimes prevalent to indicate a threat or violent act about to take place.

The symbol of Gilead is the Eye of Providence (or, the Eye of God), the eye-in-the-pyramid symbol found on the back of an American dollar bill. It makes for an unspoken but clever commentary on the corruption of American freedom and capitalism, as wealth, privilege and protection are the end goals of Gilead’s elite.

While Schlondorff’s film is finding a cult following, the Hulu network is presenting an event mini-series adaptation of Atwood’s novel. Elisabeth Moss is playing Offred (a great choice) and the teaser footage released demonstrates a faithfulness to the visuals and overwhelmingly grim tone of the novel.

The new “Handmaid’s Tale” casts Yvonne Strahovski in the role of the Serena Joy and Joseph Fiennes as the Commander. The timing of the new version is as on-point as the Shout Factory release of the 1990 theatrical version on Blu-ray. Atwood’s novel has been noted as a response to Thatcherism and the conservative America of the 1980s.

Does the story feel at all relevant to today? Absolutely.

Strahovski is more Melania Trump-glamorous and youthful than Dunaway as Serena Joy, though Duvall’s take on the Commander as an older, outspoken and devil-may-care leader is more Trump-like than Fiennes could muster.

Yet, the Commander was more of a young, Joel Osteen-type religious figure-turned-politician in the novel than the middle-aged patriarchal figure Duvall embodies. Fiennes may be closer to Atwood’s vision of the character. Yet, Duvall’s take on The Commander feels downright prophetic.

The modern day reflections inherent in “The Handmaid’s Tale” are hard to miss. Atwood’s novel and Schlondorff’s film portray a world where old fashioned values and religious fervor are used as to manipulate and herd the masses, both as political and social propaganda.

Those who speak out against the controlling regime are put in their place by name calling and derogatory slurs. Women who act out are deemed “sluts” and “whores,” while the Commander muses about the marches and opposition that failed to overturn the creation of Gilead.

When asked by Offred why Gilead happened, he muses, “Country was a mess, that’s why. All the garbage had risen to the top. You know, we had all these pressure groups, running the store, trying to dictate to us…blacks, homo, you know, all those people on welfare.” Offred adds, “Women?” The Commander replies, “Yessiree, women.”

Duvall’s final lines: “We’re gonna win. We have the force. We have the faith. And we will not rest until we’ve purified this country…this nation…in the name of God.” All that’s missing is “let’s make America great again.” The rhetoric of The Commander is chillingly similar to language expressed by the current Commander in Chief, both on the campaign trail and during his time in the Oval Office.

Early scenes of families torn apart, made to wait in long lines and await an uncertain future reminded me of images from the recent travel ban. The Commander is also cavalier about his enemies, approach to war and especially his thoughts on women.

Trump seems to have no interest in religious conservatives except when it comes to adding more votes. The Commander declares a disdain for the religious rules of his Gilead but still performs daily Bible readings (the verses are cleverly all out of context), keeping the semblance of a respectable man of God.

Although he’s played by Duvall, his dialog has a stunning familiarity. The character in the novel and film are not an on-the-nose reflection of President Trump.

To be fair, The Commander could b a stand-in for L. Ron Hubbard, Jimmy Swaggart or any other prominent religious figure that fascinated Atwood in the 1980s. Yet, reading the book and seeing the film, on top of digesting daily soundbites coming from The White House and a certain Twitter feed, “The Handmaid’s Tale” presents an admittedly paranoid, still-scary portrait of a worst-case-scenario of our present.

Pinter’s eventful, very Hollywood ending is different from Atwood’s preferably simpler, memorably ambiguous conclusion. The worst thing that can be said about Pinter’s take on the third act is that it recalls in many ways the famously shelved “everybody wins” ending of Terry Gilliam’s “Brazil” (which resurfaced in all its tacky glory on the Criterion Special Edition).

FAST FACT: Margaret Atwood has cameos in both the Hulu version of “The Handmaid’s Tale” and the upcoming Netflix adaptation of her work “Alias Grace.”

To give Pinter a break, he had the unenviable task of coming up with something that maintains the integrity of Atwood’s tough vision and satisfying mainstream audiences. By trying to have it both ways, he fails to leave us with a suitably haunting conclusion.

Atwood’s story is an outcry against any political force that uses religion, casual bigotry and sexism as a means of inspiring and controlling the masses. Atwood’s novel was published in 1985 but it serves as a severe cautionary tale for 2017.

Atwood’s novel ends with two words, both sly and taunting in their usage: “Any questions?” Indeed, Atwood and the versions of her tale leave us with a few…and they’re all terrifying to ponder. 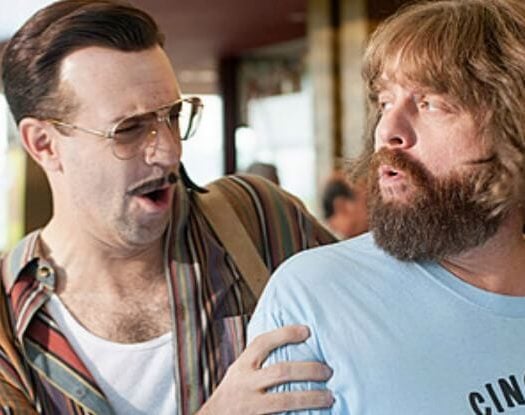 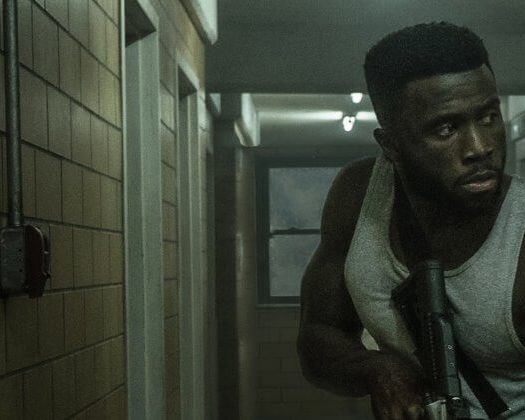