The Golden Globes telecast addressed the #MeToo movement early and often, turning a freewheeling night into one long lecture.

So many questions hung over the 75th Golden Globes telecast.

Would Hollywood dial back on its raging Trump hate? Could honorees avoid sanctimonious speeches for once? Would the industry’s bubble mentality finally break?

The event played out like a #MeToo symposium, and part of that was both expected and understandable. Producer Harvey Weinstein’s epic fall from grace unleashed a torrent of similar abuse tales featuring some of the industry’s heaviest hitters.

The night’s host, Seth Meyers, couldn’t avoid the subject. So he did as expected. He also repeatedly mocked President Trump – betraying his own promise not to do that – and turned the night into a massive Woke-a-Thon.

What could have been a moment to recognize the heroic women who spoke up against abuse turned into yet another smug night with the Hollywood elite. They wagged their fingers, played the victim card and, of course, mocked Trump (often without saying his name … a life hack from Resistance USA).

Oh, and they gave out some awards, too, and once again the night was light on surprises. And, through it all, no one brought up the fight for freedom in Iran.

Straight While Male in Apology Mode

Meyers kicked off the night with a series of blistering jokes aimed directly at the industry’s sex abuse problem.

He pounded the subject, including some rather funny barbs that were appropriate given the headlines of late. That set the tone for the evening, which alternated between honoring strong women and alluding to a certain sitting president.

Meyers’ monologue sure had its moments. And while his perma-smile may have shown his jitters his delivery proved first rate.

It didn’t take long for Meyers to target Trump.

… if it’s any consolation, I’m a man with absolutely no power in Hollywood. I’m not even the most powerful Seth in the room tonight. [points to Seth Rogen] Hey, remember when he was the guy making trouble with North Korea? Simpler times.

Just how woke was Meyers? He recreated a bit from his “Late Night” show where he shared jokes he couldn’t tell effectively as a cis gender male and let others speak the punchline.

Our Next Commander in Chief?

He also set in motion the night’s biggest moment, one which may have serious political ramifications in the short term.

Oprah Winfrey is receiving the Cecil B. DeMille Award tonight. What a tremendous honor, for Cecil B. DeMille. And Oprah, while I have you, in 2011 I told some jokes about our current president at the White House Correspondents Dinner — jokes about how he was unqualified to be president — and some have said that night convinced him to run. So if that’s true, I just want to say: Oprah, you will never be president! You do not have what it takes!

Later, Winfrey would deliver a powerhouse speech that spoke to the MeToo movement with such grace and power it instantly reminded viewers she could run … and win … the presidency in 2020.

Before that speech we saw honorees we knew would win going into the night. “The Handmaid’s Tale,” used by every sentient liberal to attack the Trump Era, won big. So did “Big Little Lies,” the uniformly hailed HBO drama with a potent female cast.

The night had highlights all the same. Let’s not forget how swiftly the Globes telecast moves. They never slow things down for awkward dance numbers or other time killers. It’s give out one award, take a breath, and then hand out a half dozen more.

And then came Oprah.

The winner of this year’s Cecil B. DeMille award didn’t roast Trump like last year’s winner, Meryl Streep did. Instead, she addressed women who have been hurt, abused and worse and told them the culture was about to change.

“We all know the press is under siege these days,” she said, while newsrooms across the country continued to pore over a book, “Fire and Fury,” filled with lies. “I value the press more than ever before,” she added, ignoring how the same bold press gave President Barack Obama a pass for eight long years.

She also spread the MeToo movement beyond Hollywood, which is both true in a sense and also let the audience breathe a sigh of relief.

Other Golden Globe moments were less than essential.

Gary Oldman picked up a richly deserved Best Actor award for “Darkest Hour,” and his speech was pitch perfect. Then he shared this nugget:

“I’m very proud of Darkest Hour. It illustrates that words and actions can change the world and boy of boy does it need some changing.”

Was the latter a “resistance” message for the anti-Trump crowd? If so, it might offset any flashbacks to a very unPC Playboy interview from 2014.

When it comes to Oscar season, those nuggets can be unearthed and weaponized in a hurry.

Natalie Portman began the Best Director, Drama presentation by harping that all of the nominees were men. Did they deserve to hear that at that precise moment, even if she was trying to point to inequities in the system? Was it their fault that Hollywood has so few gigs for female directors?

Brown, in his same speech, offered up this odd ode to the show’s creative team.

“You wrote a role for a black man who can only be played by a black man … it makes it that much more difficult to dismiss me or dismiss anyone who looks like me.”

Thelma & Louise” stars Geena Davis and Susan Sarandon reteamed for the night, with Davis cracking, “We fixed everything” regarding sexual discrimination. Yes, a night of endless virtue signaling will erase decades of harassment, and worse. Now that’s Hollywood fiction.

She was kidding, of course. And some Twitter users may have seen evidence that another scandal could be coming our way.

Actress Ally Sheedy of “The Breakfast Club” fame suggested Golden Globe winner James Franco has some explaining to do regarding the #MeToo movement. So does Christian Slater.

Only the actress quickly took down the Tweets.

It was the clearest sign that there’s still plenty of work to be done in Hollywood behind the scenes. It’ll take more than a hip hashtag and a night filled with virtue signaling, though. 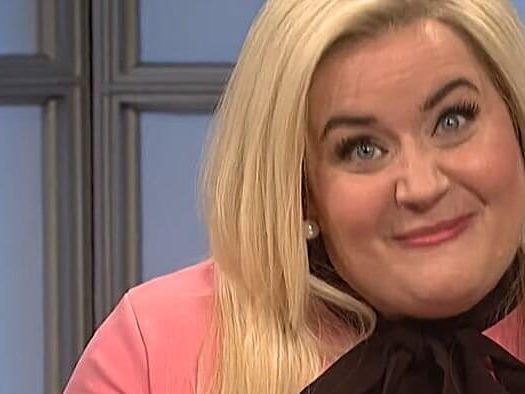 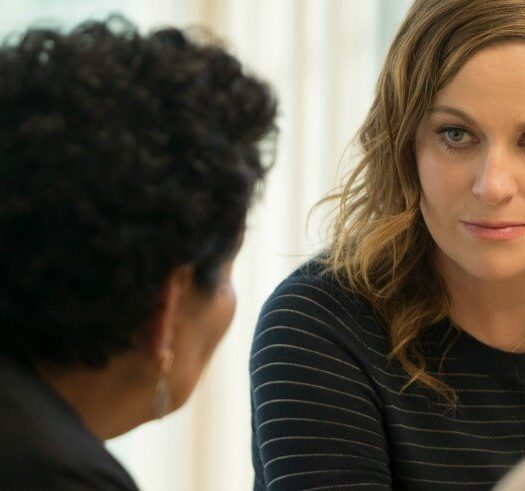 From ‘Hope and Change’ to ‘America Divided’

Read More
From ‘Hope and Change’ to ‘America Divided’