Danny Huston cries, "it's alive!" moments into the umpteenth take on the "Frankenstein" legend.

What he should have said was, “what kind of life is it, really, for the poor and under-privileged?”

steers clear of the monster’s infamous tics. No bolts in the neck or flat-top ‘do. Instead, his creature is more overgrown child than Boris Karloff clone. And there’s no place for him in society, what with that freakish strength and revolting complexion.

It’s a low-key pleasure ladled with genre gore. When “Frankenstein” tries to send a message about his place in society, the results are too muddled to matter.

Huston and Carrie-Anne Moss are the Frankensteins, scientists who use an overgrown 3D printer to create life. It’s an ingenious way to fuse Mary Shelley’s creation with the latest technology.

RELATED: Director Brings Mary Shelley’s ‘Frankenstein’ Back from the Grave

Their new “child” (Xavier Samuel) is like a six-foot tall baby, sucking milk from a bottle and struggling to speak. Only his skin starts to pucker and boil shortly after birth. It’s clear something went awry in the printing process.

So the couple discards him like trash Only he’s still … alive. Soon, he’s on the streets of Los Angeles, trying to survive in an inhospitable world. 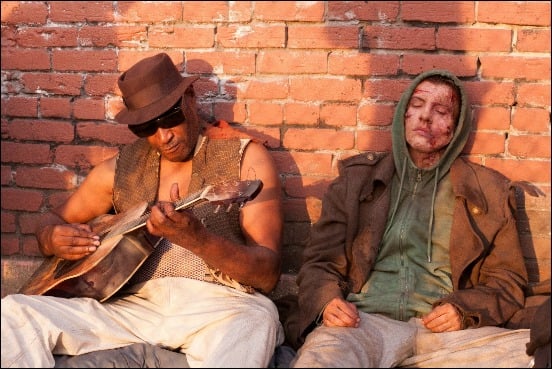 This “Frankenstein” wears its modest budget with pride. It doesn’t need much in the way of cash, even if we pine for a more spectacular birthing scene.

Rose, best known in horror circles for 1992’s “Candyman,” lets Adam narrate much of his own story. The character can barely speak, but his mind charts his first few days via old-timey elocution. It’s a fascinating approach until we see him pulverize people with his bare hands.

That’s where the overgrown child motif runs aground. And when we watch police club Adam like a video from a Black Lives Matter sizzle reel, that disconnect is profound.

Rose’s “Frankenstein” still matters, if only for taking such care to disconnect from previous Franken-creations. Samuel conveys a childlike wonder as Adam, something an expanded script could have teased out to greater effect.

Instead, the film rushes along while we clamor for more context, more revelations. We barely get to know the Frankensteins. Why do they create life? Are they as cruel as they appear?

FAST FACT: Mary Shelley became a published author at the age of 10. Juvenlle Library published her poem “Mounseer Nongtangpaw, or The Discoveries of John Bull in a trip to Paris” in 1808.

Tony Todd brings the film’s middle section to life as a blind homeless man who bonds with Adam. Their scenes together crackle with possibility. If a blind man can see Adam’s inner beauty, why can’t anyone else? Todd transforms a potential caricature into a soul worthy of our respect.

“Frankenstein” raises the kind of questions past incarnations similarly inspired. That makes a 21st century interpretation all the more appropriate. We’re on the cusp of creating life in the lab and tinkering with the notion of artificial intelligence.

We need Shelley’s story more than ever. Rose’s Frankenstein [Blu-ray]

offers a fitfully satisfying return for the classic movie monster. 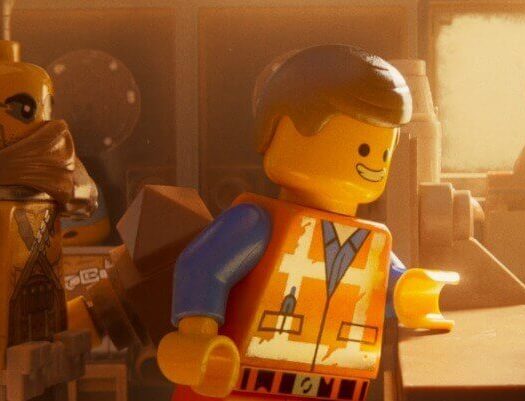 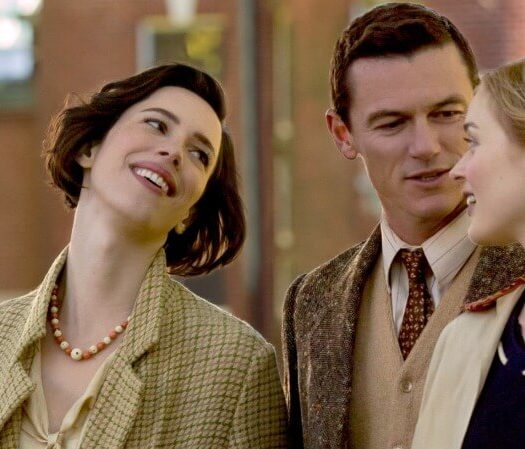