The director’s “Frankenstein,” screening Feb. 1 at the Alamo Drafthouse Cinema Littleton, updates the story’s setting to modern-day Los Angeles. This time the creature isn’t composed of rotting body parts but flesh forged from a 3D printer.

“The James Whale film is so iconic. In a way, it interposed itself between us and the origin novel,” says Rose, noting how that 1931 movie concocted the body part patchwork we now associate with the movie monster. “We’ve come to think that’s what the story is … I really wanted to get back to Mary Shelley’s original concept.”

This monster is still unwelcome in society, to put it mildly.

Carrie-Anne Moss and Danny Huston play the husband and wife team who bring the creature (Xavier Samuel) to life. They leave their creation for dead after the experiment goes awry. But the creature is very much alive, and soon learns how hostile humanity can be.

Rose, known for the 1992 horror classic “Candyman,” will be at Alamo Drafthouse along with that film’s lead, Tony Todd, for a post-screening Q&A. Todd reunited with Rose to play a homeless man who greets Frankenstein’s monster with more pity than his peers. 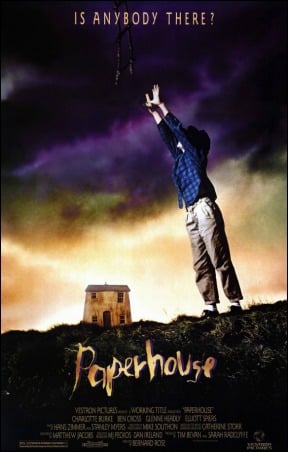 “This print was made from the camera negative. It hasn’t been run at all since 1987. There’s no fading,” he says.

Some directors abandon horror after using it to jump-start their mainstream careers. Not Rose. He adores the genre. And he’s sad to see how so many “debase” it, in his words

“It’s a purely cinematic genre. You come out of a horror film and it demands a visceral response,” he continues. “It either scares the bejesus out of you or it didn’t.”

And horror can tap directly into the cultural zeitgeist. Dramas revealing how awful slavery was “aren’t very controversial,” he quips.

“My version of ‘Frankenstein’ is about an innocent who’s thrown aboard in society, treated with extreme violence. He’s the ‘other.’ He’s not them … he’s attacked and abused in the most horrific manner.”

Rose stops himself rather than reveal any more of his broader intentions. He’s far more eager to chat up Todd’s contributions to “Frankenstein.”

“He brings more to the part than what there is on the page. He makes very unusual choices,” he says of Todd’s character, a blind beggar the director compares to a blues singer.

During that time, roughly around 1979 to 1980, other significant films in production nearby included “The Shining,” “Reds” and “Raiders of the Lost Ark.”

When you think about it, it was the last golden age of the filmmaker,” he says. And while film technology has evolved dramatically since that time some things haven’t change much at all, he notes. Who knew roughly 40 years later we’d see a remake as the new box office champ?

“That’s not saying a good thing about us” he says.

Bernard Rose’s “Frankenstein” and “Paperhouse” will begin screening at 7:30 p.m. Feb. 1 at the Alamo Cinema Drafthouse Littleton. “Frankenstein” will be available on Blu-ray Feb. 23.