New legislation would give families a way to block adult content from their TV screens. So why is Hollywood fighting so hard against it?

When my daughter was a young child, my wife and I were very careful about what movies or TV shows she watched so as not to stumble upon content meant for adult eyes only.

But even as diligent as we were, every once in a while we were dealt a “sucker punch” of unexpected and inappropriate content – sometimes in a risqué ad during the commercial break, but more often during the show or the movie itself.

I bet you’ve had to lunge for the remote control and quickly change the channel, all while hoping innocence was not lost on a young one who was with you in the room.

My family – and your family, too – could have benefitted from today’s cutting-edge technology that allows families to watch mainstream movies and television programming while filtering out the nudity, profanity, sexual dialogue or graphic violence that permeates today’s entertainment media environment.

Millions of families could do the same, but sadly, the Hollywood studios refuse to allow them to use that technology. They’ve even gone so far as to sue the content-filtering technology developers into bankruptcy.

Congress can fix this immediately. Legislation is literally sitting in the Capitol building right now that would allow parents to filter out any graphic or explicit content when they stream movies and TV shows via Netflix, Amazon, or other bona fide streaming services.

Congress acted to fix this problem once, over a dozen years ago, when it passed the Family Movie Act of 2005. That measure allowed parents to filter out – literally to skip past – any graphic or explicit content when they played DVDs (the predominant technology at that time) at home. Hollywood fought hard to kill that measure, but the family-friendly legislation passed both houses of Congress on a bipartisan vote, and it was signed into law by President George W. Bush.

The Family Movie Act Clarification Act, which would allow the same type of filtering technology to be applied to today’s most popular streaming media distribution platforms, is pending before the Congress. And once again, Hollywood is doing everything it can to kill this measure and prevent this family-friendly legislation from becoming law.

The Hollywood studios have cleverly but dishonestly painted filtering technology as a tool of copyright piracy. Nothing could be further from the truth. The technology, and the legislation that would authorize its use, simply allows a consumer in his or her own home to choose for himself or herself the specific types of explicit content to be skipped while he or she watches.

Hollywood made the same nonsensical claims about the DVD legislation over a dozen years ago. Their objections were wrong then, and they are wrong today.

The filtering technology contemplated under this amendment reflects the height of personal and parental responsibility. After all, families should be able to decide what kind of content is allowed in their homes, not Hollywood.

If the bill doesn’t pass before Congress adjourns at the end of this year, it will die on the floor of the Capitol; and with Hollywood studios spending hundreds of thousands of dollars lobbying to kill the bill, it might never be reintroduced in the future.

We hope that in this politically divisive time that this current Congress will rally around this straightforward, common-sense solution to protect America’s children, and give families a welcome holiday gift that will have a long-lasting and positive impact for years to come.

A former NBC and MGM executive, Tim Winter is the president of the Parents Television Council, a nonpartisan education organization advocating responsible entertainment.

Read More
What if ‘American Skin’s’ Nate Parker Is Innocent? 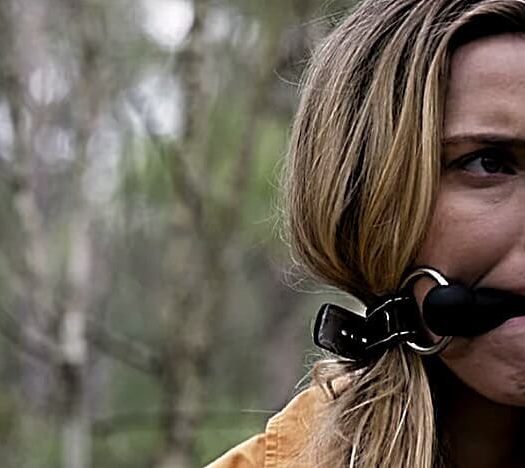 Are Deplorables the Good Guys in ‘The Hunt?’

Read More
Are Deplorables the Good Guys in ‘The Hunt?’