Now, Hollywood is going forward with a film based on that concept.

The satirical script, a Black List favorite, is moving ahead with noted funnyman Will Ferrell set to play President Ronald Reagan. The story begins with the president’s second term, a time when the president’s Alzheimer’s disease allegedly first appeared.

Here’s how Variety.com, which exclusively broke the news, described the film project:

Penned by Mike Rosolio, the story begins at the start of the ex-president’s second term when he falls into dementia and an ambitious intern is tasked with convincing the commander in chief that he is an actor playing the president in a movie.

And Ferrell is no stranger to hard-left politics. 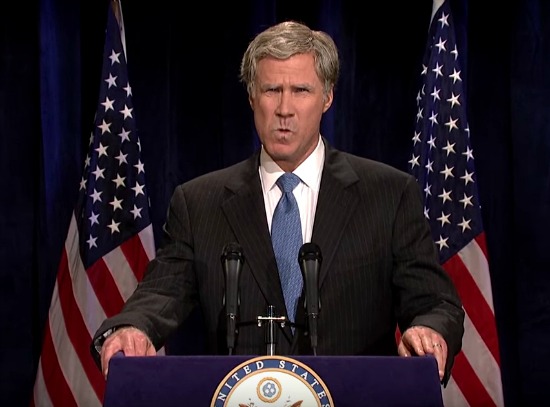 Beyond his scathing Bush impression, he’s a driving force behind FunnyOrDie.com. The humor web site routinely panders to a liberal readership. It also churns out propaganda on behalf of the Obama administration. The site proved particularly active on behalf of the disastrous ObamaCare rollout.

We’ve recently seen HBO debut a feature casting the Anita Hill/Clarence Thomas battle as one favoring the Left. Now, one of Hollywood’s biggest liberals is about to turn a conservative icon into a laughingstock. And he’s using Alzheimer’s disease as a cudgel.

Yet so far the entertainment outlets covering the Ferrell news lack any outrage over that angle. Variety didn’t mention it.

Nor do they explore the ideology behind the key players or how it might shape the finished product. That’s a critical factor in a movie like this.

It’s simply another glaring example of the liberal media bias that doesn’t just permeate the news coming into our homes. It’s present in the entertainment headlines we read, too.

UPDATE: Two days after announcing the project, Ferrell’s representatives say he has withdrawn from “Reagan,” according to PageSix.com:

“The ‘Reagan’ script is one of a number of scripts that had been submitted to Will Ferrell which he had considered. While it is by no means an ‘Alzheimer’s comedy’ as has been suggested, Mr. Ferrell is not pursuing this project,” the rep said.