The "Loveline" alum shares his personal prostate cancer battle and the dangers of our digital age.

Dr. Drew Pinsky knows the value our culture places on celebrity, and he winces when it’s not used to its maximum effect.

“I’ve seen a lot of celebrities champion causes that they’re paid to champion, which is OK, but they really don’t know much about it except what they’ve been told to say,” Dr. Pinsky says. “I’ve even seen people testifying before Congress who didn’t know what they were talking about.”

So he marvels at stars like Parkinson’s disease advocate Michael J. Fox for bringing the necessary knowledge the subject demands.

The host of “Loveline” and HLN’s “Dr. Drew on Call,” not to mention his podcasts on Carolla Digital, recently battled prostate cancer. He wants to share his successful fight with other men to make sure they get treated early, and properly, should they develop the disease.

One in seven men will be diagnosed with prostate cancer according to the Prostate Cancer Foundation. Black men are more than twice as likely to die from it than other groups.

“I was being a compulsive physician. I didn’t want to go up to the world and say ‘hey, look at me, I’m fine,’” Dr. Pinsky says. “I had to pass a reasonable milestone to make sure I didn’t have a significant, metastasized disease. I was waiting until I could be a good story and calm other men down.”

If you love @KABCRadio #MiddayLive and missed an episode, it’s all at available your fingertips in podcast form on https://t.co/TS2grq5oiB! https://t.co/uJ2Nhw02Uu Find Monday’s controversial episode and all the previous shows to catch up on.

The conventional wisdom on Dr. Pinsky’s case suggested monitoring the issue without taking immediate action, something Dr. Pinsky would have done without the urging of his own doctor.

“I’m a little more conservative than my urologist,” says Dr. Pinsky, who eventually underwent prostate cancer surgery to remove his tumor. His PSA level hovered in the normal range even though it was higher than usual. Doctors suggested a more aggressive approach, and Dr. Pinsky is glad they did.

FAST FACT: When Dr. Drew Pinsky first joined the “Loveline” radio show he worked free of charge. Toward the end of the show’s run he once again toiled without a salary.

His experiences changed the way he values PSA screenings. It also reinforced what he’s learned about caring for the sick.

He says doctors straight out of medical school have roughly the same knowledge as someone 20 years into his or her practice. The difference is experience and instincts honed by treating hundreds, if not thousands, of patients.

DID YOU KNOW: Dr. Drew Pinsky once worked as a lifeguard in Laguna, Calif. and is a trained opera singer.

Today, Dr. Pinsky is in good health and sharing his medical views via television, radio and podcasts. Those who have followed him over the years may notice he’s more willing to share his views on a variety of topics.

He still takes great care in his words.

“There’s so much horrible negativity in social media,” he says. “I worry about the mob mentality. That’s something out there that doesn’t seem healthy to me … it has a bloodlust. Someone has to lose a job before it’s done.”

Dr. Pinsky has been doling out advice aimed at teens for decades. He commands their respect all these years later but admits that connection isn’t as strong as it once was.

“Their landscape is much more diverse,” he says of modern teens. Still, his work on “Loveline” and a willingness to embrace today’s pop culture helps keep him aligned with their world.

“I’ve been talking to young people continually since 1983. That creates a kind of sensitivity or empathy of what they’re contending with in this holistic moment,” he says.

Prostate cancer is the most common non-skin cancer in America, according to the Prostate Cancer Foundation. The following risk factors can lead to the disease: 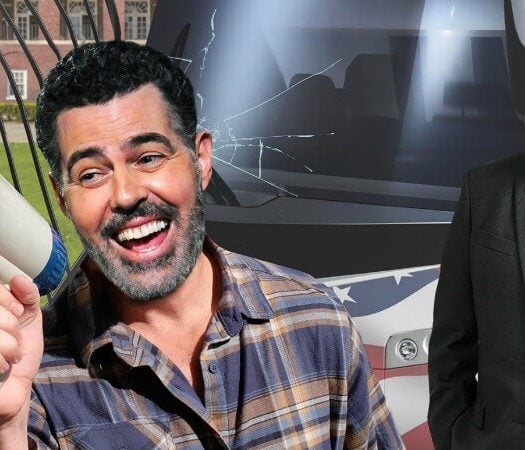