This Young Adult thriller is a snooze despite a gifted cast.

Everyone in “Down A Dark Hall” is in need of redemption, and I’m not talking about the characters.

This Young Adult novel adaptation has a collection of great performers in need of a better script and will likely be forgotten by year’s end, if not much sooner.

AnnaSophia Robb stars as Kit, a troubled young woman who is sent to Blackwood, an all-girls school, run by the peculiar Madame Duret (Uma Thurman). To Kit’s surprise, there’s only a few other students and, on the first day, they must all surrender their phones (oh, the horror).

As weeks pass, Kit and her classmates find that their artistic talents are growing at an alarming rate…but at what price?

Based on the 1974 novel by Lois Duncan (whose 1973 YA thriller, “I Know What You Did Last Summer,” was adapted into a 1997 teen slasher smash), “Down A Dark Hall” is a gothic thriller that has the right feel for the material. The required horror movie look, with daunting staircases, dimly lit bedrooms and restless curtains out of “The Innocents” and “The Others” promise a creeping danger.

There’s a big mystery at the heart of the story that will have audiences guessing and paying attention to each of the cryptic clues in the early going. Unfortunately, the dopey revelation doesn’t reward audience curiosity or patience.

Not helping is a score that blatantly borrows from Bernard Hermann’s “Psycho” at times but otherwise doesn’t help, nor the obvious CGI. Despite a few mild jolts, this isn’t scary but more of a sleepover movie for young pre-teen girls (if they wanted to watch something so mild and toothless).

There is one especially clever sequence, in which the camera holds on Robb for what feels like a long time, only to reveal a threat close by. Otherwise, this is a step down for director Rodrigo Cortes, who helmed the memorable, unsettling “Buried,” showcasing one of Ryan Reynolds’ best performances.

Cortes follow-up, the thoroughly disappointing “Red Lights” sported a terrific cast (led by Robert De Niro, Cillian Murphy and Elizabeth Olsen) but failed to make its blind medium tale stick. His latest is such a non-starter and so obvious, you know from the start that sending Kit to Blackwood is as bad idea as sending Dorothy Gale to that terrifying asylum in “Return to Oz.”

As Madame Duret, Thurman is leading with her accent, which is a very bad thing. I believe Duret is supposed to be French but Thurman’s very mannered vocals distract from her decent, if unspectacular, bit of villainy. Robb, an excellent, Denver-based actress with real range, seems either subdued or waiting for more direction.

There’s a required intensity and raw quality lacking in her performance (and the film overall). Knowing how good Robb has been before, I hope she’ll shrug off this misfire in the same way no one remembers Anne Hathaway’s supernatural dud, “Passengers.” Neither Robb or Thurman need this movie.

It’s never a good thing to tout that your film is from a veteran of the “Twilight” series. Indeed, Stephanie Meyer is among the nine producers listed. “Down a Dark Hall,” with its very few scares, muted performances and laughable wrap-up, is every bit as tepid and unremarkable as a Team Edward v. Team Jacob vehicle.

It gets very silly in the final act and bears a similarity to “Winchester,” the already forgotten, Helen Mirren haunted house non-chiller from January. For the record, “Winchester” is scarier than “Down A Dark Hall,” which is like saying “Exorcist II: The Heretic” is scarier than “Scooby-Doo 2: Monsters Unleashed.”

One and a half stars. 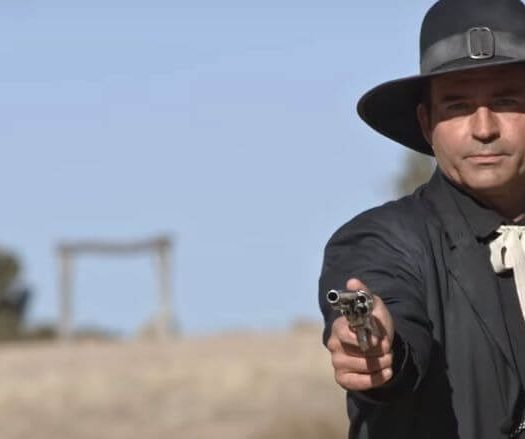 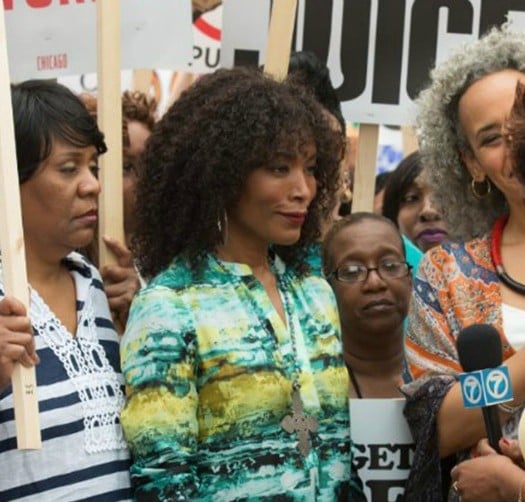