The liberal comic could swipe at GOP politicians with alacrity, attracting a dedicated throng of progressives in the process. If the overlords at CBS had let him be he could have thrived there until his Social Security checks started coming in.

Instead, someone at CBS thought he was the perfect choice to replace a legend – David Letterman. And now we’re seeing some of the results, courtesy of The Hollywood Reporter. Jimmy Fallon’s “The Tonight Show” has beaten Colbert’s “The Late Show” in the overwhelming majority of times the two have collided so far. The demo differential tells a more ominous story for CBS:

During recent weeks, the gap has grown in the 18-to-49 demographic coveted by late-night advertisers … But Colbert’s solid early numbers have slid (though he’s bringing in a younger audience than his predecessor, David Letterman); the other Jimmy, Kimmel on ABC, has moved ahead of him as well. During Thanksgiving week — admittedly a bit unusual — Colbert fell behind Seth Meyers’ NBC show, which plays an hour later. 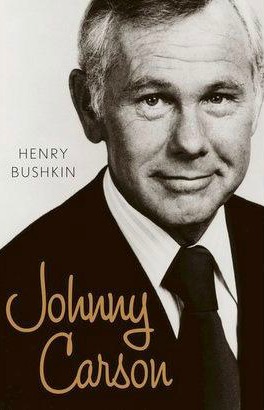 Who could have predicted it? How about any clear-thinking soul who understands the country’s political makeup? When Johnny Carson ruled late night, “The Tonight Show” offered a fair balance of political gags. Why? Carson didn’t want to alienate either half of his viewing audience, something confirmed in the tell-all biography “Johnny Carson” by his longtime lawyer Henry Bushkin.

Could Colbert do the same? The more logical question was, did he have any track record of doing anything but promoting progressive ideals?

So when a Ted Cruz or Bernie Sanders graced the “Late Show” stage, you knew exactly where Colbert would go with his questioning … or unabashed praise. Consider how Colbert all but pleaded with Vice President Joe Biden to run for the presidency, a fangirl moment the comic would never try with a GOP politician.

To further strengthen the ideological case, consider who is watching Colbert so far:

A THR poll showed Colbert’s audience is only 17 percent Republican, as opposed to 33 percent for Kimmel and 31 percent for Fallon.)

Yet even playing to a liberal crowd can’t guarantee cable TV success these days. Conservatives carped about Jon Stewart’s reign on “The Daily Show,” and with good reason. Stewart still had the comic chops to pull over most of his gags, and he occasionally hit the Left with similar, although never equal, force.

Now, Trevor Noah sits in Stewart’s Comedy Central chair, and he’s watched the show’s ratings plunge a whopping 40 percent. Calling the GOP frontrunner the “White Isis” might not be the best way to reach out to those red state denizens.

Noah’s nastiness, combined with a lack of performing polish, are taking its toll on “The Daily Show’s” ratings. Perhaps the show’s producers might peer outside of their own liberal bubble and see there’s an entire half of the country eager for political satire that doesn’t exclude them.