The Los Angeles–based production company Ceaseless Fun has put together a trilogy that takes its cues more from poetry than linear narrative structure. The company’s trilogy, “Outline of A Human,” has completed its first two chapters, both of which were entirely different.

“Agnosia” is a 20-minute piece that examines the emotional impact of loss. I was met in a parking lot by a man in his 20s. The stranger hugged me and thanked me for helping him. As we walked towards an apartment building, he described how difficult life had been for him recently. He referenced the end of some kind of a relationship.

We entered a loft, much of which had been emptied of its material trappings. To my surprise, a young woman was in there as well, yet neither the woman nor the man acknowledged each other. Before long I realized I had entered a space that existed in two simultaneous points in time. Only I was privileged enough to be to discern both people. 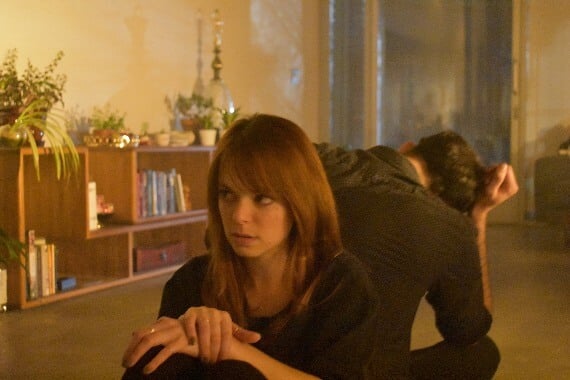 I spent most of my time with the young woman, an introverted and intuitive presence, a woman in whom still waters ran very deep. It became apparent before too long that these two people had been in a romantic relationship that had come to an end.

It wasn’t quite clear what had transpired, but it didn’t really matter.

That’s why I describe this piece as a short poem. All that mattered was that I understood that the breakup was painful for both of them. I’d also glimpsed just enough of the man to see that he was all extroverted emotional energy, a direct contrast to her own personality. Perhaps that’s what brought them together, and perhaps that’s what drove them apart.

Or perhaps it was neither.

RELATED: 3 Essential Rules to Get the Most from Immersive Theater

“Agnosia” is described as “an inability to interpret sensations and hence to recognize things”. Something about the woman seemed just a little bit off, as if she wasn’t quite present in this world. Maybe that’s what caused a rift in the relationship.

But that’s the beauty of poetry. More than most other art forms, it is open to interpretation.

As I exited the loft, I ran into what I initially thought might be a real person, not an actor. Here was a man in his bathrobe who seemed to be searching for his missing cat, and asked if I would help. As I realized he was part of the show, we searched around the complex for the missing feline.

What we learn from “Agnosia” is that immersive theater can be as simple as three people in apartment complex, and be affecting, moving, and touch us emotionally simply by evoking moments that almost feel as though we’ve just walked out of a dream.

RELATED: Immersive Theater: Resources, Tips and So Much More

“Those Who Saw The Deep” is a take on the epic of Gilgamesh. This is a longer show, running more than 90 minutes, and is what is known as a “sandbox” production. The audience members are left to wander at their own discretion from one room to another, examining the space and interacting with the actors to the extent that such interaction occurs.

In this show, a troupe of actors all play some variation of Gilgamesh. Their story is told through a combination of monologue, movement, dance, and with terrific use of an extraordinary space, which felt like a labyrinth of rooms representing different phases of life.

With a sandbox show, one person’s experience is going to be very different from another’s. There is no possible way to see every single moment of the performance. Consequently, I think of sandbox shows like a mosaic. You’re given many little pieces. Some of them fit together and some of them may not. However, by the end of the evening, you’ll have a sketch of what the entire picture looks like, with some areas offering specifics in detail, while others may remain entirely blank.

RELATED: Meet the Future of Entertainment

For me, this mirrors my own experience of reading epic poems. They can be a little challenging to get through, they require repeat readings and, after a first read, not everything will be crystal clear. One is often left with an impression, an overall feeling of the work and how it is relevant to each of us.

I departed the show, as I do a first read of an epic poem, recalling moments that reflected different parts of my own life and emotional landscape. I reflected on individual encounters, thought about the story a particular dance might have been telling, and mulled over entire scenes that I witnessed. It also sent me back to research Gilgamesh, to find what deeper meanings the show held for me.

The third installment of the “Outline of a Human” trilogy, “The Stars,” runs in June at The Hollywood Fringe Festival. It is described as “a 1-audience adventure down Hollywood Blvd, exploring our desires to see and be seen, to know and be known. It is a site-specific commentary, a critique of the Hollywood experience, and a void into which you may shout your most pressing questions.”