New to immersive theater? Better read this first before experiencing the format for the first time...

Just as a baby must learn to roll over, crawl, and stand, those who create and participate in a new medium must learn new ways to interact. Some of these rules are obvious while some are still being written.

Others have yet to be discovered.

Having reflected on my time in the unusual new world of immersive theater, and having heard a few stories from others, I thought it prudent to share some lessons I’ve picked up along the way.

God knows I’ve made regrettable errors myself. No one likes to make mistakes. It takes some courage and humility to own up to them. It’s easy to get lost in the magical world of immersive theater and Alternative Reality Experiences (ARXs), and forget that the rules of real life still apply.

That’s why I’ve compiled three reminders regarding how to be a good human, both during and outside immersive and ARX performances.

Reminder 1: Behave as You Would at Any Theater Performance

Even though you are entering a world which may seem very real, with actors who may be talking to you, touching you, dancing with you, drinking with you, or in some crazy costume or makeup, remember this is still a theatrical performance.

Be a good theater patron.

Submit to the reality that has been lovingly prepared for you. Don’t try to “break the game” by trying to trick the actors into breaking character, or touching them when you have explicitly been told not to.

Not sure what interaction is acceptable? You should be given clear guidelines before the show – multiple times. If you have any questions, just ask as you enter the theater. For example, you will usually be given cues as to when it is appropriate to speak or move.

Be respectful. Be polite. In short, be proper ladies and gentlemen. Just as you wouldn’t disrupt a performance at the theater or at a film, don’t be “that guy.”

Reminder 2: If Something Uncomfortable Happened, Reach Out

Immersive theater is in its infancy. Both creators and participants are experimenting. While the rules of engagement are still being tinkered with, it is possible that you or an actor may inadvertently cross a boundary during the show.

If you are a participant, and feel that some element of the show crossed a personal boundary for you, whether it be the show itself, a particular moment, a physical act, or something an actor says or does, reach out to the creators. They will almost always be on-site for the event.

They will likely be very receptive. They want you to have an enjoyable and meaningful experience. The last thing they want is for anyone to leave feeling uncomfortable or unhappy. They will likely fall over themselves to listen to your concerns and make things right. 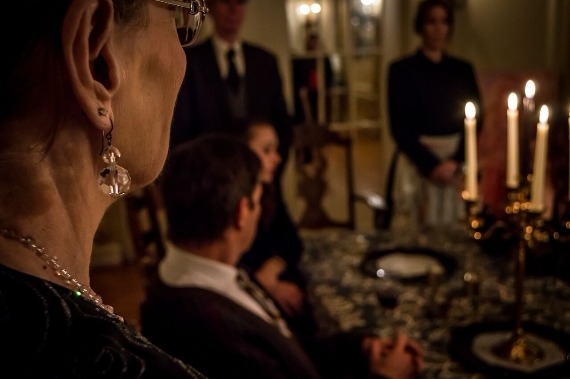 Immersive theater shows like ‘The Willows’ exist to break the boundaries of conventional stage dramas.

This is also important feedback for them. Something that may seem completely harmless from the creator’s perspective may actually be a problem for a large number of people. They won’t know unless you tell them. They will certainly appreciate that you did.

If they aren’t available at the time, reach out with a polite and detailed email.

Alternatively, you may feel that you crossed some kind of boundary during the show. It may have been inadvertent, or perhaps you were caught up in the moment and behaved in a way that seemed fine at the time, only to regret it when you return to the real world.

Again, reach out to the creators either in person or by email. Let them know what happened, and offer apologies to anyone you feel you may have offended. After all, you want to be a good patron and it alerts them that the situation itself may be inadvertently encouraging that behavior.

Likewise, creators and actors can never anticipate every audience reaction. For every magical cathartic moment, one may inadvertently trigger someone, maybe in a way that even they didn’t expect.

Not every performance will work. Sometimes the beat won’t land, or the connection will fall flat. And sometimes, something that seems like it should be taken for granted may send a participant into a frenzy.

We just don’t know. We can never know.

Roll with the punches, forgive yourself, and forgive the participant. It’s the risk of working in immersive theater that makes it simultaneously so thrilling but also unpredictable.

Likewise, there’s nothing wrong with reaching out through your producer to a particular participant if you feel you shattered a boundary.

Rule 3: Boundaries Exist in the Real World, Too

Communication in the modern world is a mess. How many times have we tweeted something, emailed something or put up a Facebook comment where the meaning and context seems crystal-clear, only to create a firestorm which results in the loss of 63 friends?

How many goofy or satirical or darkly humorous comments or tweets have we sent out, only to find ourselves completely misunderstood? Uh, yeah, I’ll take a mea culpa on that one.

In addition to the bizarre nature of social media, here in Los Angeles, participants and creators and actors are often friends, or at least travel in the same circles.

It’s easy to forget that one may have these wonderful, intimate, cathartic moments in an immersive production or ARX, and therefore think a much closer relationship exists with others than actually does in real life. It’s easy to get signals crossed, not understand the context of communications, and sometimes just lose yourself in plain old enthusiasm.

Let’s face it – this is like being a kid in a candy store again. Unchecked enthusiasm needs to be, well, checked.

RELATED: How ‘Lust Experience’ Shreds the Line Between Truth and Fiction

Alternatively, there are many negative elements to be aware of. People are people. They are flawed. They make mistakes. Trust can be abused. Individuals can behave unprofessionally. Gossip is amplified and propagated with enormous velocity. When combined with a medium designed to generate emotional responses, personality conflicts and drama can quickly spiral out of control.

When in doubt, don’t make that tweet, don’t send that text, don’t whisper in that bar, and instead ask yourself what a proper lady or gentleman would do.

Because in the world of technology and social media, there are two critical tenets: Content is Forever, and Nothing is Private.

If you have any questions, just ask as you enter the theater.

If a boundary is crossed within a show, ARX, or the real world, reach out to those involved. Articulate your feelings. Listen. Empathize. The best example you can set for yourself and others is to communicate directly. Mutual compassion and understanding goes a long way.

At the same time, recognize that – as in real life – an overture may not land for a million reasons you will never know about. Know that you did the right thing, and to be mindful going forward. That’s all you can ask of yourself.

Remember that for a community to grow and thrive, mistakes must be made. It’s going to happen. Have compassion for yourself and your fellow human being.

Remember that we are all here to transcend what it is that we accomplish in daily life, by experiencing the kind of communal joy that can only come from storytelling. 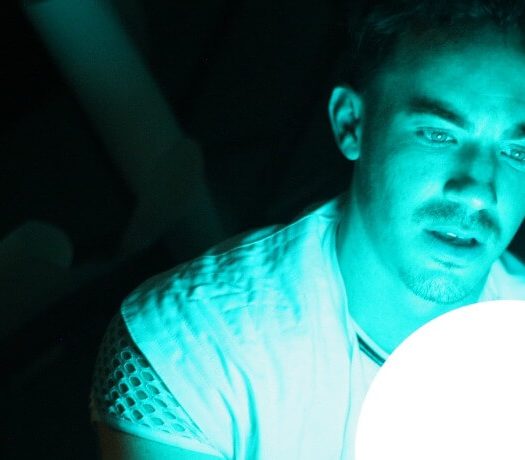 Ceaseless Fun Takes Immersive Theater Out for a Poetic Spin 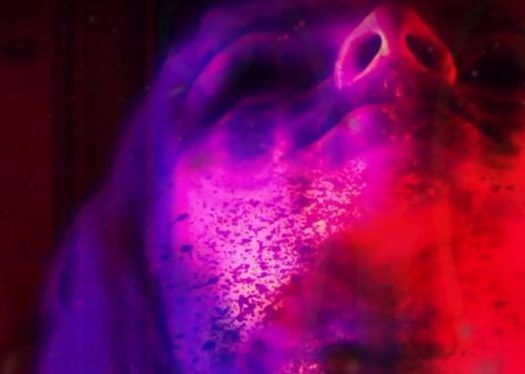 How ‘Theatre Macabre’ Offers Choose Your Own Shocks

Read More
How ‘Theatre Macabre’ Offers Choose Your Own Shocks