New to Immersive Theater? Don't buy a ticket until you read all these essential tips.

Once you purchase tickets from an immersive theater production, you should keep an eye out for e-mails with instructions about the event.

These are often delivered a day or two prior to your show. Because the venues are not traditional theaters, their locations are often kept secret until you receive that “welcome” note. That prevents non-participants from crashing the show.

See Part 1 of this series to learn what immersive theater is all about.

You should also keep an eye out for oddball e-mails that may not have the show’s name attached to it, but instead may come from an organization or person you’ve never heard of.  Keep an eye on your junk folder, because some of these e-mails may contain backstory or other character information that is helpful to know prior to your show.

You may even be redirected to a website to read a character’s diary or solve a puzzle. In other cases you’ll receive a mysterious phone call from a blocked number, depending on the show’s genre. Calls are often utilized in thrillers or macabre shows.

Don’t be alarmed. It’s all part of the show, designed to pull you into this other world even before you arrive.

The Story Begins Before Showtime

Besides location instructions, you should receive directives about what to expect in the show, and these will probably have also been disclosed even before you bought your ticket. You’ll be told if you be walking, running, crawling, moving up and down stairs, taking a car somewhere, and whether or not you may touch or be touched by the actors.

You should be informed if there are flashing or strobe lights, smoke, alcohol or any other factors that may affect your experience.

As if all that isn’t enough, you should receive all of these same instructions a third time, upon your arrival.

It is imperative that you follow all instructions. These are for the safety of both you and the actors. It’s also for your enjoyment.

Some shows may ask you to put on a blindfold. This tactic is often used to place you inside the space you are entering, or to take you to a secret location. Suspense and horror shows, thrillers or similar genres are more likely to use this approach.

Finally, every show has a “safe word.” If at any time you feel uncomfortable, you can just say the word and you’ll be escorted out of the show.

Once the show begins, here’s how to behave.

Someone with the production will tell you how much interactivity to expect with the actors. You may be spoken directly to, but asked not to speak back. You may be permitted to talk to the actors, when spoken to first.  You may have the option to explore areas on your own.

Remember, this is theater. It’s a show. Don’t be disruptive. It’s no different than being in a traditional theater. The actor are performing. Watch and listen respectfully. If you are told not to speak, that also means don’t even whisper to your companion.

The idea of immersive theater is to IMMERSE yourself in another world. Don’t ruin it for yourself or others. Don’t be THAT GUY who ruins the party.

It’s easy to hide in the darkness of traditional theater. With immersive entertainment, the goal is to be highly attentive, focused, and responsive. Be in the moment. You are being invited inside another world, so commit to that world.

Some shows offer rich rewards for being highly attuned to the environment. Hidden clues, keys or phrases that unlock special scenes, significant props – they are all there to enhance your experience.

Safety is of the highest priority to any serious production. The creators I know, and shows I have visited, have gone to extraordinary lengths to make sure your experience is safe. It’s not just the potential for liability, but because it is difficult to drop into a world that has been lovingly curated if the audience is constantly worried that they may slip and fall.

A well-produced show is going to examine every possible way that someone might get hurt, and even have a qualified safety inspector from theater or film do a walk-through before the show opens.

Most larger productions carry liability insurance. Smaller ones, which have very remote risk of injury, may or may not. All shows have you sign a liability waiver before you enter the show. In the highly unlikely event that something happens, try to resolve the matter directly with the producers.

Here in Los Angeles, the community is hardcore about self-policing. One show from a rookie producer had an incident that involved injury, and the community was all over it in a heartbeat. The matter was resolved, and the show was closed.

Resources to Guide Your Way

Everything Immersive Facebook Page With over 2,000 members, this Facebook page is open to all, and lists just about every show happening around the country. It’s a very welcoming community, with both creators and participants in the group.

My Haunt Life Podcast ­– Your hosts Mike and Russell spend tons of time discussing their experiences at various Los Angeles shows, with the occasional excursion to other cities. They are engaging veterans of the immersive scene, and in my experience, are often dead-on with their show reviews.  They are careful not to reveals spoilers and offer comprehensive coverage of some ARGs. Best of all? Mike makes merciless fun of Russell.

NoProscenium.com – Noah Nelson curates this website that covers all things immersive, including reviews of shows in many cities, and a podcast with just about everyone in the scene. Sign up for the newsletter to receive bi-weekly announcements of what shows are on.

Haunting.net – Taylor Winter curates a website that also covers the entire immersive scene, including a calendar of what’s on, interviews, recollections, and reviews.

Terminology You Should Know

Participant or Guest – That’s you!

Immersive  —  A catch-all description that refers to any show that places the audience in a physical space outside a traditional theater, and where the action occurs all around them. 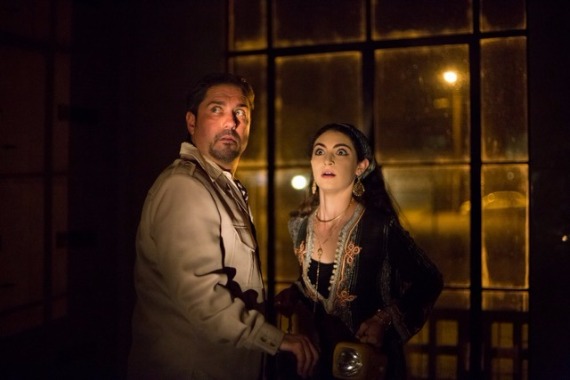 Interactive – A show in which the actors directly engage with audience members, and audiences may have the opportunity to engage in return.

Presentational – A show that has no interaction with the audience, just like traditional theater.

One-on-One  — A scene in which an actor engages with a single participant in a private scene.

Agency  — The extent to which the audience member has the ability, or illusion thereof, to affect their own storyline or those of the characters.

Sandbox – A show in which participants have complete agency to move all around the theatrical space, choosing where they go and what they do, following whichever characters may be of interest.

Lawrence Meyers is a crisis communications consultant, financial writer and former television writer. He has written over 24 hours and produced 60 hours of episodic television. He is also an award-winning playwright, having authored“Porn Rock” in 2016, and “Dark Arts” in 2017. “Dark Arts” is the first-ever play to have an immersive prologue and epilogue, bookending a traditional proscenium show. Contact him at TVWritersRoom@gmail.com 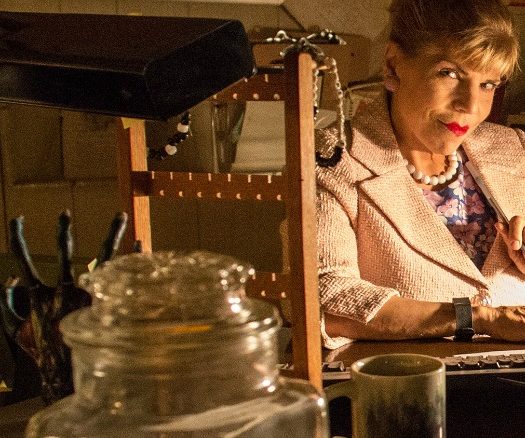 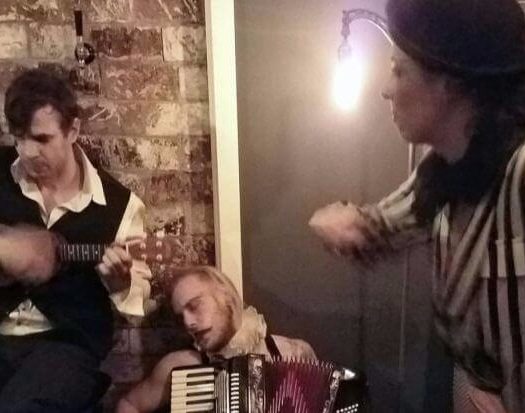