It's not as bad as everyone is saying. It's actually worse.

When I was 7 my father took me to see my first Broadway musical, which was “Cats.”

It was 1985, I was living in Riverdale, N.J. at the time and, like many kids my age, was aware that the Andrew Lloyd Webber-penned production (based on the poetry of T.S. Eliot) was the top ticket, biggest deal in musical theater.

Akin to “Hamilton” today, tickets were highly sought after, the soundtrack could be found in most homes and seeing it was, well, like being selected to board The Heavy Side Layer.

More on that later.

What I remember from the experience is surreal and vivid – the actors dressed like cats ran through the aisles in the opening scene and one even pat my head. The songs that I’d hear daily from the LP playing on my parent’s turntable came to life, as did the colorful cats with cartoonish names like Gus the Theater Cat, Bustopher Jones and (my favorite) Rum Tum Tugger.

With the stage of the Winter Garden Theater resembling a post-apocalyptic trash heap and the actors convincingly feline-like in their movement and attire, it was a transfixing experience. It was also a very-80’s phenomenon, the kind of production that showcased some lovely tunes (particularly the eternally lovely “Memory”) but feels very much of its time.

Despite being billed as “Cats – Now and Forever,” the show is as much a piece of the Me Generation as “Hair” and “Oh, Calcutta!” were for their audiences a decade earlier.

The first of many, many blunders director Tom Hooper makes with his movie musical adaptation of “Cats” is to go literal with the concept. Rather than have actors dressed as cats (the approach of the stage show), his cast of famous actors uncannily resemble felines from the eyebrow up, with lots of CGI to give the impression that we’re really looking at a kitten, but with a human face grafted on.

It was a terrible idea.

Maybe Hooper considered covering the actors entirely with CGI and, like the recent “live-action” remake of “The Lion King,” and envisioned a film in which seemingly real cats sang and danced. Either way, Hooper clearly doesn’t understand the appeal of this show.

It wasn’t actors dressed as cats (and, vice versa in the film version, that cats look like people) but music that soared, in a setting that was atypical and elaborate for its time.

On stage, “Cats” is practically plotless, a distinctly theatrical experience, and it works. As a movie, Hooper not only botches the general concept (yes, the human/kitty hybrids are unsettling) but adds dialog and bits of plot that attempt to provide a story but making it confusing and even more nonsensical.

There’s a needless new character introduced to fill us in on the mythology of how the kitties seek reincarnation aboard the Heavyside Layer (a flying tire in the stage show, a hot air balloon here that seems to indicate death).

Even worse, it makes a hash of the song score, keeping the dated synthesizer effects.

I missed the song about Growltiger the Pirate Cat but wondered why they thought to keep the song about “Skimbleshanks the Railroad Cat” or duds like “Mungojerrie and Rumpleteazer.” Then there’s “Memory,” song by Jennifer Hudson, in the role of Grizabella the Glamour Cat.

Hudson really digs into the part but the special effects – specifically, her twitching cat ears and her tail swishing into the frame – undermines her work. That happens in every scene, as even the big dance numbers are hobbled by digital additions of wagging tails and gravity-defying jumps that eclipse the movement of the performers.

If this film has a true legacy, it will be in providing a textbook example of how CGI can ruin a movie.

Where she was always meant to be 😭😸See Francesca Hayward as Victoria in #CatsMovie, in theaters now. | Repost via @catsmovie

Truthfully, had Hooper instructed his cast to simply wear black dance skin, no make-up and no catsuits, and perform on a spare stage, it would have made for a much better film. A once-planned animated version from Don Bluth in the late ’80s is really the only other way this could have worked.

As is, the digital artifice covers up what little human emotion is present. As a movie, this resembles less a proper cinematic take on the stage show than an all-musical version of the Mike Myers’ fiasco, “The Cat in the Hat.”

RELATED: Here’s the Fatal Flaw in Too Many Musical Biopics

I felt embarrassed for the cast, particularly Dame Judi Dench, whose scenes had me giggling, due to her uncanny resemblance to Garfield. Taylor Swift’s contribution to the soundtrack (the pretty-good “Beautiful Ghosts,” which she penned with Lloyd Webber) is preferable to her catnip-tinted groaner of a number.

Far, far worse is Rebel Wilson’s showcase, introduced with the actress spreading her legs in front of the camera and rubbing her thighs (somehow, its worse when she’s covered in fur); Wilson eats roaches with human faces, twice.

Then there’s James Cordan, who sings a number about how fat he is – everything that is normally insufferable about Wilson and Cordan is amplified here.

Idris Elba’s baffling appearance as the evil (?) Macavity showcases the indignity of Elba appearing naked, covered in dark fur but with no genitalia. Finally, Sir Ian McKellan stumbles around as an old theater cat and, at one point, looks right at the camera and says, “Meow-meow-meow.”

I’m not sure if it was an ad lib, an outtake or if that was really a line in the script.

Although produced by Amblin Entertainment, Steven Spielberg’s name is curiously absent here. He’s taken his name off of films before (most notably, the 1987 cult high school comedy, “Three O’Clock High”) but it’s telling that his moniker is splashed all over those “Transformers” movies but is scrubbed from this movie as severely as Elba’s cat penis.

A year from now, we get Spielberg’s remake of “West Side Story;” I wish him luck, as re-doing that movie may seem to him as fish-in-a-barrel foolproof as “Cats” once might have appeared to Hooper.

Theaters will get an updated version of #Cats, a move that is unheard of for a finished film already in release https://t.co/zBAPUta1dA

Famously, on its disastrous opening weekend, Universal Studios announced that “Cats” was being improved and re-submitted into theater with upgraded special effects. I was notified by my theater’s usher that we saw the original version before the upgrades.

Unless Hooper hit the erase button on all the computer-created inanity and is showing us the raw footage of the human cast, no amount of optical illusion can improve this stinky can of neglected Fancy Feast.

Grotesque and bizarre, I couldn’t wait for “Cats” to finally, mercifully come to an end. Aside from Dench’s hysterical close-ups, its more unpleasant than so-bad-its-good.

Even the final moments, so moving on stage, are mishandled here, in a wrap up featuring Dench breaking the fourth wall, reminding the audience that cats are not dogs. Got it. Meow-meow-meow, indeed. 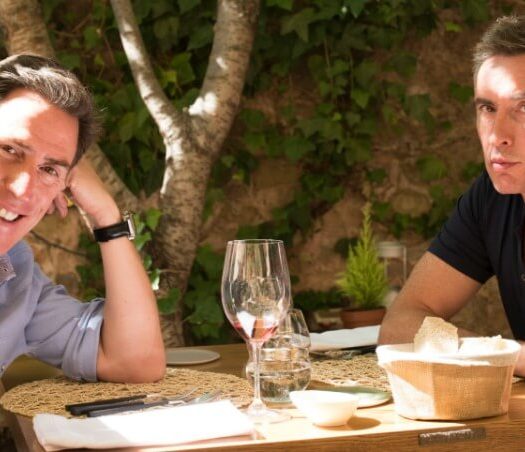 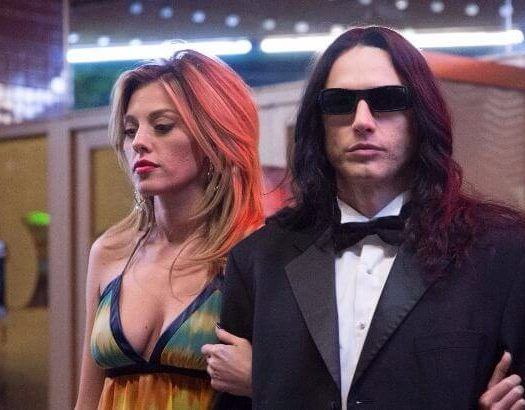 Why ‘Disaster Artist’ Might One Day Trump ‘The Room’...

Read More
Why ‘Disaster Artist’ Might One Day Trump ‘The Room’