“I hate puppets so much” – Trey Parker

“Boom Bust Boom” is director Terry Jones’ attempt to highlight what he calls the “Achilles Heel of Capitalism,” namely the Boom/Bust cycle and its inevitability.

For a society raised on “Sesame Street” it makes perfect sense to have puppets (and John Cusack) explain concepts that would otherwise be dry and hard to understand.

After all, the complexities of market forces are, to the average adult and millennial, as esoteric and dry yet as important to understand as the alphabet can be to a toddler. So why not songs, sketches and pedagogical puppets (and John Cusack)?

The film’s first 45 minutes are both entertaining and informative. We are taken on a tour of the crises that have, as the movie suggests, plagued capitalism over the years.

Our tour begins with the most current Subprime Mortgage crisis of 2008 and then steps back in time with an in-depth look at the Tulip Crisis of 1637, where speculation in the tulip market caused a collapse.

From there we move to the government-backed South Sea Bubble of 1711 and the Railway Mania of the 1840s. Finally the documentary limns the capo de tutti capi of busts, the Mozart of crashes … the 1929 stock market crash and the ensuing Great Depression. This section of the movie is done so well it leaves you wanting more.

But even here we can see the sleight of hand assumptions and seeds of dishonest rhetoric that turn the film from informative and entertaining to propaganda.

On our first stop on the crisis tour we are given a puppet explanation of lending practices that led to the 2008 bust. During this section a puppet mortgage broker is explaining policy to a prospective puppet borrower. Even though his puppet FICO score is too low, he can still apply for a NINJA loan.

Borrowers are normally required to show income and assets to get a loan. During the run-up to the 2008 crash, lenders were writing loans where the borrower didn’t need to actually show any assets or income. They just needed to state them without verification.

As a matter of fact this is the kind of loan I got when I bought my first house. Even then I couldn’t believe that they loaned me the money … but they did. 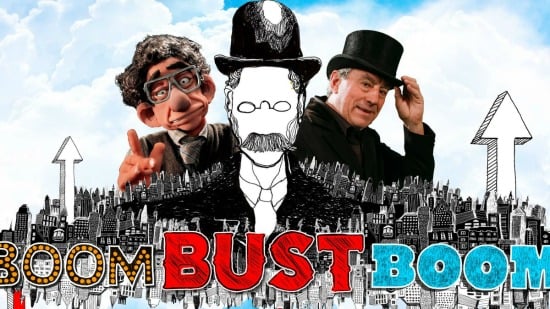 This is all well and good. Except for the fact that right after this wonderful puppet exposition we’re told people were “forced” into taking these loans.

Forced? Did you see what they did there? They explained a financial tool with puppets very well, and then casually implied that the borrower had no choice but to take these loans.

Likewise, when there is talk about the Railway Mania of the 1840s a similar casual, almost throwaway, line is used to make the same point.

During the Railway Mania, people were essentially allowed (and, according to the documentary, encouraged) to buy shares in railway stocks with only 10 percent of the actual value of the security they were buying. Of course, the other 90 percent could be called in at any time, and eventually was, thus causing the crash.

At the end of the segment, Jones says that, “without knowing, people took on 10 times more risk … and no one prevented them from doing so.”

This would absolutely be true if the people didn’t know that the other 90 percent could be called in …. but they did. They just made horrible decisions. This isn’t lack of knowledge. This is bad decision making.

The film routinely explains Speculative Euphoria, a term used to denote the irrational exuberance people have when things are going well. As long as stock prices keep rising, people tend to assume they will continue to rise. As a result, they will make increasingly irresponsible decisions.

People (and markets) get caught up in an optimism that progressively gets divorced from reality. Also, If everyone’s making money, it must be a great time to invest. No one, according to the film, takes naysayers or even their own sense of risk seriously during periods of Speculative Euphoria.

According to the film, on the eve of the ‘29 crash, Investors, drunk with Speculative Euphoria, increasingly engaged in Margin investing. They borrowed the money from brokerages to invest. When the market crashed, the margins were called in and people lost everything.

Somehow the film was able to blame “income inequality” and the Top 5 percent for this. Don’t ask me how. It was very opaque.

There was a citation that the top 5 percent made 30 percent of personal income followed by a quick succession of commentary that implied that because the rich were doing so well, this made the middle class start dabbling in the stock market.

Apparently the rich, by being rich, made the middle class want to be rich. And thus the middle class, being the unthinking automatons that they were, just had to borrow money from their brokers to invest in stocks. It wasn’t their fault. Blame Speculative Euphoria.

See where this is headed?

The euphoria is described in drug-like terms. It’s something that needs to be regulated and controlled lest it continue destroying people’s lives. 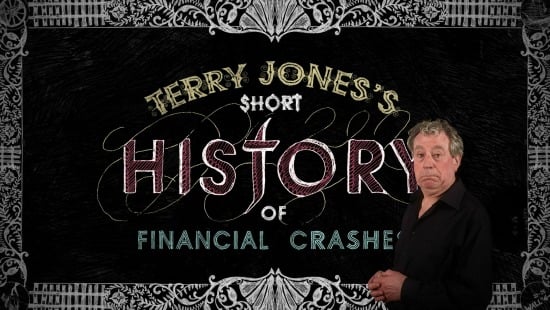 Buttressing this claim and providing the central operating thesis of the film is Hyman Minsky, a post Keynesian economist whose Financial Instability Hypothesis is presented.

The hypothesis posits that crisis is built into capitalism itself. The notion is simple and elegant. After each crisis, while the pain of the crisis lingers in people’s memories, people (and governments) tend to be much more conservative and responsible in their approach to the economy.

It is a cycle, the Minsky puppet argues, inherent in capitalism itself because it is inherent in human psychology.

What follows are critiques of so-called neo-classical economics and deregulation in general. Neo-Classicism, argues the film, uses incomplete models which don’t account for debt, banks and especially the human irrationality that causes bubbles and busts.

The film lays all this at the feet of former Federal Reserve Chairman Alan Greenspan, whom it characterizes as the most ardent proponent of both neo-classicism and a deregulatory philosophy.

Interestingly enough, Greenspan is prominently pictured with President George W. Bush despite the fact that one of the strongest deregulatory actions – the repeal of the Glass Steagal Act and its replacement with the Gramm-Leach-Baily Act  – was signed into law by President Bill Clinton. Greenspan also served under Clinton.

Juxtaposing Greenspan with Bush was a lazy intellectual choice, but an effective political one. A more striking, nuanced and important point could have been made by showing Greenspan with all his bosses (Reagan, Bush, Clinton, Bush).

There is also a little bit of artistic irony here. If I remember correctly, during the run-up to the bursting of the tech bubble, Greenspan warned about “Irrational Exuberance” which sounds similar to Speculative Euphoria. Of course, the film leaves that out.

Perhaps the film’s most interesting turn, and the one to be talked about the most, is when it posits that we’re monkeys with money. Here puppets are no longer necessary. We have monkeys!

We are taken to Puerto Rico’s Monkey Island where Laurie Santos, associate professor of psychology at Yale, is studying Rhesus Monkeys and their irrationality. People assume she is studying monkeys. She believes she’s really studying people:

“Monkeys are this fascinating window into what people are like…You know, you’re down here, you’re watching them, like, hang out with their friends, and groom and strive for power, and getting resources and, like, it’s just this little evolutionary microcosm of what we’re like without language and cell phones and the stuff of the 21st century.” [emphasis added]

That’s right, we’re just like monkeys. Except, of course, for the fact that we have language and cell phones, and design studies about monkeys which we make use of in movies about economics where we speciously compare human choices to those of monkeys in order to make a point.

Frankly, I find it amazing that the same variety of monkey that can’t be trusted to make sound financial decisions is capable of making such a magnificent film.

Yes, monkeys are advanced primates, and their psychology influences their behavior. So too, does ours. That, however, doesn’t mean modern humans have the same decision-making mechanisms. . Risk Aversion is not enough to conclude behavioral determinism. That’s what academics would call reductionism and, quite frankly, it’s monkey thinking.

The ‘Boom’ Solution? ‘Piss in their general direction!’

So what should we do? The film takes a two-pronged approach – reform banking and reform education.

The banking and financial systems need to be re-imagined. Specifically, a separation needs to be instituted between retail banking and the “high-octane stuff.” “We can redesign cars, so why can’t we redesign the economic system” argues one of the non-puppets. The film presents this as a new and novel idea, but fails to mention the existence of Glass Steagall, the 1933 act that did just that.

Just as important, the film argues, is that the only way to really solve the problem long term is to dismantle and rebuild the economics education system which it sees as being hopelessly tied to Neo Classicism. I don’t disagree. Human irrationality needs to be factored into models and taught so that economists, moving forward, can make accurate assessments.

The upshot of this section, however, is that we finally find out why Cusack is in the movie. He provides the film’s greatest irony while driving home its man/monkey thesis.

“When the professors start parroting these party lines,” opines Cusack, “I think you should just pelt them with vegetables and rotten fruit and maybe urinate on them … I mean, that’s what I would do,” the actor says.

That’s right, in a movie that compares human behavior to that of monkeys, Cusack recommends the flinging of food and excrement at people we don’t like.

It’s really a shame that something so entertaining as “Boom Bust Boom” can be this dishonest. The movie tackles a complicated subject deftly and with a lightness that promotes understanding.

There were songs, monkeys, animations, rap, comedy, puppets (and John Cusack) to give entertainment value to education. But it is precisely this ease of accessibility that makes the sleight of hand so disappointing and insidious.

Viewers will confuse accessibility with honesty, and that is the goal of the film. An otherwise entertaining and important film is made propaganda. Think of this as a “Reefer Madness” for Capitalism.

The style, humor, and presentation are top notch. The intellectual honesty, as lax and smarmy as 2005 lending standards.