There’s never been a better time to be a zombie enthusiast.

Every year we see at least one new zombie film in theaters, like the excellent “The Girl with All the Gifts.”

And if you’ve ever attempted to walk through downtown Denver during the annual Zombie Crawl you know the undead are a cultural phenomenon.

The Baen book series by John Ringo has an equally fevered fan base. Why? The story follows a small group of humans trying to survive a zombie apocalypse. But there’s more to the series than that. It’s why RMB Productions, featuring an all-military veterans team, wants to bring “Rising” to your TV screen.

They need your help to create a “proof of concept” short film to convince some Hollywood suits to make it happen. So HiT reached out to RMB Productions’ Richard Rosenthal and producer Mike Lermon about the crowdfunding effort to find out more.

HiT: What can you share about the script for the proof of concept short? Does it capture a scene or two … or look at snippets of the larger story in play?

Richard Rosenthal: We will be using a combination of snippets and some longer scenes. The snippets will be used to move the proof of concept through time more quickly and give the audience who is not familiar with the “Black Tide Rising” series of books a better sense of the story line. The long scenes will be used to develop the characters and story line.

Mike Lermon: Our biggest challenge with the proof-of-concept is two-fold. One is to give the existing fan base a short visual taste of the story they know and love, while staying true to the spirit of what John Ringo crafted on each page of the book series, so they’ll want more.

The other is doing no. 1 in a way that draws in new fans, along with potential investors and distributors, immersing them in this new world and effectively introducing the characters they’ll come to know and love. Our script will give everyone enough of a glimpse to see what’s coming together as this world falls apart, and these characters are faced with the challenges and tough decisions that go along with rebuilding it.

HiT: Your story focuses on two teen girl characters at a time when Hollywood is putting more emphasis on female heroes. Talk about how they tie into that cultural trend.

Richard Rosenthal: Faith and Sofia have personalities that are built on very strong foundations. Both girls understand responsibility and how to act to solve problems and resolve situations they find themselves in. Faith, the younger of the two, is more impulsive and will jump into a situation and take action. Sofia will think things through a bit longer than Faith, yet not too much longer. Both of the girls have the usual banter between them which allows for some very comical scenes.

RELATED: Why ‘Girl with All the Gifts’ Is Zombie Catnip

During a boarding scene Faith is fighting with a larger group of zombies and has an open mike to Sophia. During the fight Faith is complaining about one of the zombies who is coming up from behind her and Sofia says to Faith “watch out for that zombie coming up behind you. Just how embarrassing would it be if you got bit in the butt.”

Mike Lermon: That aspect of the series is definitely a good fit for the times. Faith and Sophia very much hold their own when compared to any of the strong female protagonists we see in other stories, but one of the things I like the most about “Black Tide Rising” is that we can see how they become these capable survivors through the strong familial influences in their lives.

After everything has fallen apart in their world, an intact nuclear family is one of, if not the rarest, thing to be found among what’s left of humanity. The relationship that the Smith daughters have with both mother and father are so important in shaping what they achieve. One aspect that some of my test readers (people who weren’t familiar with the series beforehand) really liked was a good, positive father/daughter relationships.

A big part of the story is watching them come of age amongst this ruined world, and a lot of that strength manifests itself in ways that aren’t seen when they’re kicking ass and killing zombies. They’re still young people who have had everything they’ve ever known collapse in front of them, and a lot of their challenges and development points come in ways that show them to be much more than cut and paste action heroes in teenage bodies.

HiT: Military characters have a spotty track record in zombie stories. They’re often shown as malevolent or sometimes worse than the undead themselves. Talk about the U.S. military members featured in “Black Tide Rising” and how they stand apart from that stereotype.

Richard Rosenthal: Steve Smith is a former Australian Army Paratrooper (known as “paras”) with combat experience, who became a naturalized American citizen and moved to the states with his wife. His combat experience, along with that of his brother Tom (Former Aussie SAS) is the basis for his disaster preparedness mindset.

The Smith family unit is based on two parents who have the respect of their children. Keep in mind that Faith and Sofia are teenagers yet both understand their place in the family unit. As the family starts to pick up stragglers some of them happen to be U.S. Marines. This is where the military point of view changes. These Marines need to learn to fight zombies and the only person to teach them is Faith … who is 16 years old. As you can image the Marines don’t take to this very well until they go into battle for the first time with Faith and see her true abilities as a warrior and leader.

Mike Lermon: This is one area where we do clearly stand out from other stories in the genre. The military characters in the “Black Tide Rising” series (by and large, with a few exceptions, because those do certainly exist) break the typical, clichéd and/or lazy portrayals of combat-experienced, tactically proficient characters. Steve’s military background before becoming a history teacher is what drives his desire to be prepared for any eventuality, and what helps him secure his family’s safety when everything starts to go bad.

When other stories want and need “Big Bads” above and beyond the zombie threat, this is an easy way to go, but it too often overlooks the actual character and integrity that so many of their real-life counterparts exhibit daily in their duties under very difficult conditions. The military characters in the BTR series are diverse, complex and often flawed people, but they do share a very American spirit and commitment towards protecting the survivors of humanity and restoring civilization.

RELATED: Here’s What ‘Apes’ and Zombies Have In Common

In that sense, I think that each one channels varying degrees of the spirit that helped found America. The reader and audience will see a great deal of the world through Faith and Sophia’s eyes, but they couldn’t restore humanity and develop as leaders in this struggle without the help of the military characters who serve as followers and mentors to them.

HiT: Can you share any dream casting options for the project once it’s in route to the screen?

Mike Lermon: Richard has covered the dream casting of Faith and Sophia very well, and I can’t really top that. I will say, however, that I like the possibilities we have of creating new stars from fresh faces who can step in and really become these characters in the eyes of the audience. For someone like, say, Steve Smith, I’d love to find today’s equivalent of a young(er) Mel Gibson who can capture that balance of tough/determined/capable and caring father to his daughters.  We also do a great deal of advocacy in Georgia for getting veterans into all levels of the Film and TV industry here, so I’d like to think we could also create some great opportunities for veteran actors, especially given the source material.

HiT: Some zombie yarns take a pessimistic view of humanity. “Black Tide Rising” offers something different. Can you explain the series’ philosophy in that regard?

Richard Rosenthal: One of John Ringo’s storylines in “Black Tide Rising” is wiping the slate clean and starting society over. A question that is asked is, just how would you rebuild society after a world-wide pandemic.

Mike Lermon: When we started talking in-depth about this project with John and Toni Weisskopf (Publisher of Baen Books), it became very clear early on that John was not an author who takes a nihilistic viewpoint, despite the apocalyptic nature of the genre. He described himself as a romance writer at heart, and the focus on humanity’s resurgence and rebuilding instead of the fall itself goes a long way towards setting a tone we haven’t really seen before.

The world is very bleak, dark and full of danger, but as Steve Smith says at the end of the 2nd book in the series, “It’s easy to curse the dark…we’ll light a candle instead.” That really sums up our view of the series and the effort to bring it to the screen.

HiT: Could the project shift gears into a film franchise, or is the goal of a TV-style series set in stone?

Richard Rosenthal: We see “Black Tide Rising” working better as episodic TV due to the amount of material. Too much of the story would be lost as a movie unless you were starting out knowing you were going to a multiple picture contract.

Mike Lermon: We certainly won’t rule it out under the right circumstances, but the depth and richness of the source material lends itself very well to the kind of episodic TV format we’re seeing on streaming platforms. That gives creators an unprecedented opportunity to tell a slightly longer-form story than the old network format would accommodate, and we see the positive effects of that in our favorite streaming shows.

HiT: How can fans of the series help above and beyond contributing to the IndieGogo campaign?

Richard Rosenthal: The one thing about making anything for the screen be it TV or film is the amount of money it costs. People interested in seeing “Black Tide Rising” made can go to blacktiderising.com which will take them to our Indiegogo campaign page.

Mike Lermon: Getting the word out on every social media outlet, online forum, through word-of-mouth and anywhere else they can think of!  If you’re tired of endless reboots and rehashes, and want original story-driven content on the screen, we’ve got it right here.

We also encourage everyone who hasn’t read the series to get it from Baen Books or their favorite book retailer.  We’re trying to bring this series to the screen, but we wouldn’t have these wonderful stories without John Ringo and the great folks at Baen. Read them, tell a friend, and check out all of their other great writers and stories too. We obviously love good movies and TV, but the books are where it all starts and we could all benefit from more reading. 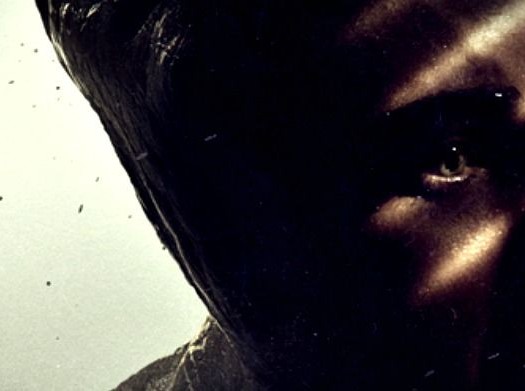 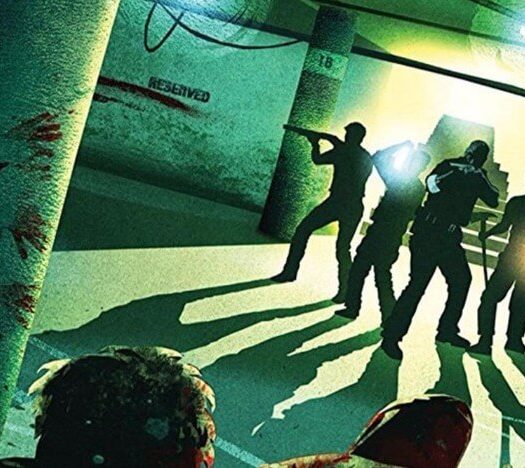