Director David Lugo has a warning for the mainstream media.

Citizen journalists are coming, ready to counter the false narratives peddled by the press.

In a way, Lugo is part of that movement. His new film, “Antifa: Rise of the Black Flags,” captures the threats posed by what one presidential candidate flippantly called an “idea.”

That “idea” has trashed cities across the country, and there’s little indication Antifa will stand down in 2021.

Now, those methods are playing out on your smart phones and tablets, assuming you don’t rely on mainstream press outlets for your news.

HiT reached out to Lugo to learn more about his new film, how Antifa may grow in the coming months and why we need to study history to grasp its full agenda.

HiT: Consumers can see Antifa in action via social media platforms … what compelled your team to pull together a project like this and disseminate it for free?

David Lugo: For the last few months we watched as cities were burned and destroyed. I knew Antifa was more than just an idea because I came face to face with them in Philadelphia.

So when Jack [Posobiec] reached out to me, I knew it was something I had to do. My family was chased out of Cuba – My Uncle was the lighting director at the Tropicana, Ernesto Capote – by those same sort of Communist groups. And when I saw the cycle playing out here there was no hesitation in me.

Putting it out for free was the right thing to do. People needed to know this information.

HiT: Your film goes into great detail about the historical precedent behind Antifa … what lessons should we be learning, then, about dealing with Antifa?

Lugo: We should understand that they are much more than an idea. They are an organization that has increased its effectiveness over each generation.

The fact that they are now launching into more aggressive, direct action here in the U.S.A., should make people concerned. Our team wanted to highlight that history as a warning. This always seems to end with violence.

HiT: Your team struggled to share the film on both Vimeo and YouTube … can you briefly described what happened with each platform … and is there a chance one or both may eventually share the movie?

Lugo: We were set to release on YouTube and Vimeo. However, soon after we launched Video took us down. I believe it was a Terms of Service situation (ask Jack). YouTube took us down multiple times. The first explanation was a copyright infringement due to a clip we used from a Vice piece.

The second claim was that it was too long.

YouTube now has several channels that are showing the film, so I believe that issue is over with. Vimeo has stood firm. We don’t see that changing any time soon. 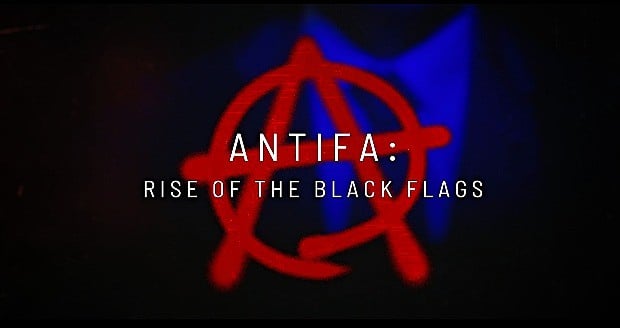 HiT: Jack Posobiec is no stranger to the media landscape. Can you share how he worked around the various obstacles to get the movie out to the public?

Lugo: Jack did what Jack does best – utilize his network and intelligence background to beat the censors.

He anticipated everything and had an answer for each bump in the road. He was a tremendous joy to work with and, honestly, surprised me in a few conversations during the shoot.

He is nothing like what the media makes him out to be.

HiT: What role will Antifa play in post-election America?

Lugo: If Trump wins, they will act as the recruitment arm for a Communist revolutionary movement. We will see direct action in the streets, and their numbers will grow. If Biden wins, I see them easing back a little, hopeful that people close to the Oval Office get their message to him. Just my opinion.

HiT: Some on the Left don’t view Antifa with the same concern that most conservatives do … can this be changed?

Lugo: I think it’s already started. I personally know people who are truly liberal at heart but the actions of this group have disgusted them.

Niko House is a progressive activist who makes very strong points during his segments in “Antifa.” Ultimately, it’s going to take more projects like this to truly make a change.

“Antifa: Rise of the Black Flags” can be viewed free of charge at Bitchute.com.