Why ‘Alice’ Sequel Is Just Shy of Torture

Why ‘Alice’ Sequel Is Just Shy of Torture

There's no pill that can make "Alice Through the Looking Glass" entertaining.

The new film jettisons Lewis Carroll’s source material save some characters names and chess pieces. In its place is the kind of tale that can only be spun by 21st century Hollywood.

It’s hopelessly complex and utterly bland, noisy yet soulless. The movie stirs up a frenzy of computer-generated whimsy but never comes close to feeling magical.

In short, it’s the biggest bummer of the summer season so far.

We reunite with Alice (Mia Wasikowska), now the captain of her own sea vessel passed down by her pappy. It’s a narrative bookend brimming with feminist pluck, the kind you rarely saw in the late 19th century when the story is set.

Alice soon discovers a wondrous mirror that leads her back to Underland, where she once met the Mad Hatter (Johnny Depp) and his curious friends. But all is not well under his brim. He’s suddenly depressed over the death of his family, even though their passing came a long time ago.

Now, Alice just steal a time-traveling device to prevent the Hatter’s family from meeting their maker in the first place.

Even by movie fantasy standards the storyline is a mess.

FAST FACT: Lewis Carroll had a stutter, but he could speak more clearly when talking with children.

That’s only part of the plot, which reveals itself like one of those wooden Russian dolls. Too bad each layer is as flat as the last.

Even Sacha Baron Cohen, playing a villainous timekeeper named Time, can’t brighten the proceedings. At least we know Cohen can do a killer Christoph Waltz imitation should he ever be pressed into service.

The movie comes to life whenever Helena Bonham Carter’s Red Queen storms the screen. Sure, she’s vamping it up, but between her oversized noggin and that ruby red lipstick she’s an undeniable force. Imagine if she had something to do, or even characters with which to genuinely interact.

And then there’s Anne Hathaway, practically glowing as the White Queen in her limited screen time. Shouldn’t Oscar winners be exempt from such scrawny parts? She might actually be sleeping on screen, so little is asked of her.

“Alice” works best at gathering top-notch talent and then leaving them to their own creative devices.

But what can we possibly say about Depp’s performance? It’s all greasepaint and tics, a technicolor satire of his wackiest screen personas. Even his creepy take on Willy Wonka held together better.

Children may be distracted by the swirling colors and the cutesy side characters, though the last-minute sermonizing about how precious time is will lose them entirely.

The final act slathers the screen with even more CGI scribbles, a massive effort which truly accomplishes nothing.

That’s the film’s attempt to get grownups on its side. After a punishing 90-plus minutes, we’re all too familiar with how painful it is to watch time slip away. 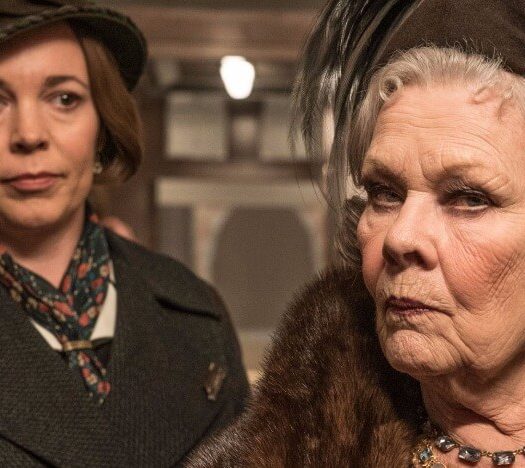 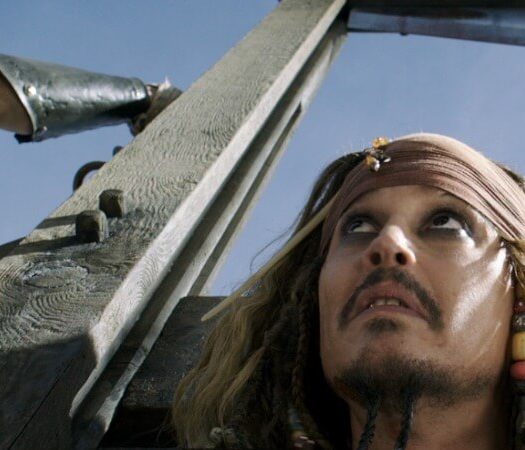